One couple donated $8,500 for a new autoclave to sterilize equipment after The Press reported it broke down. 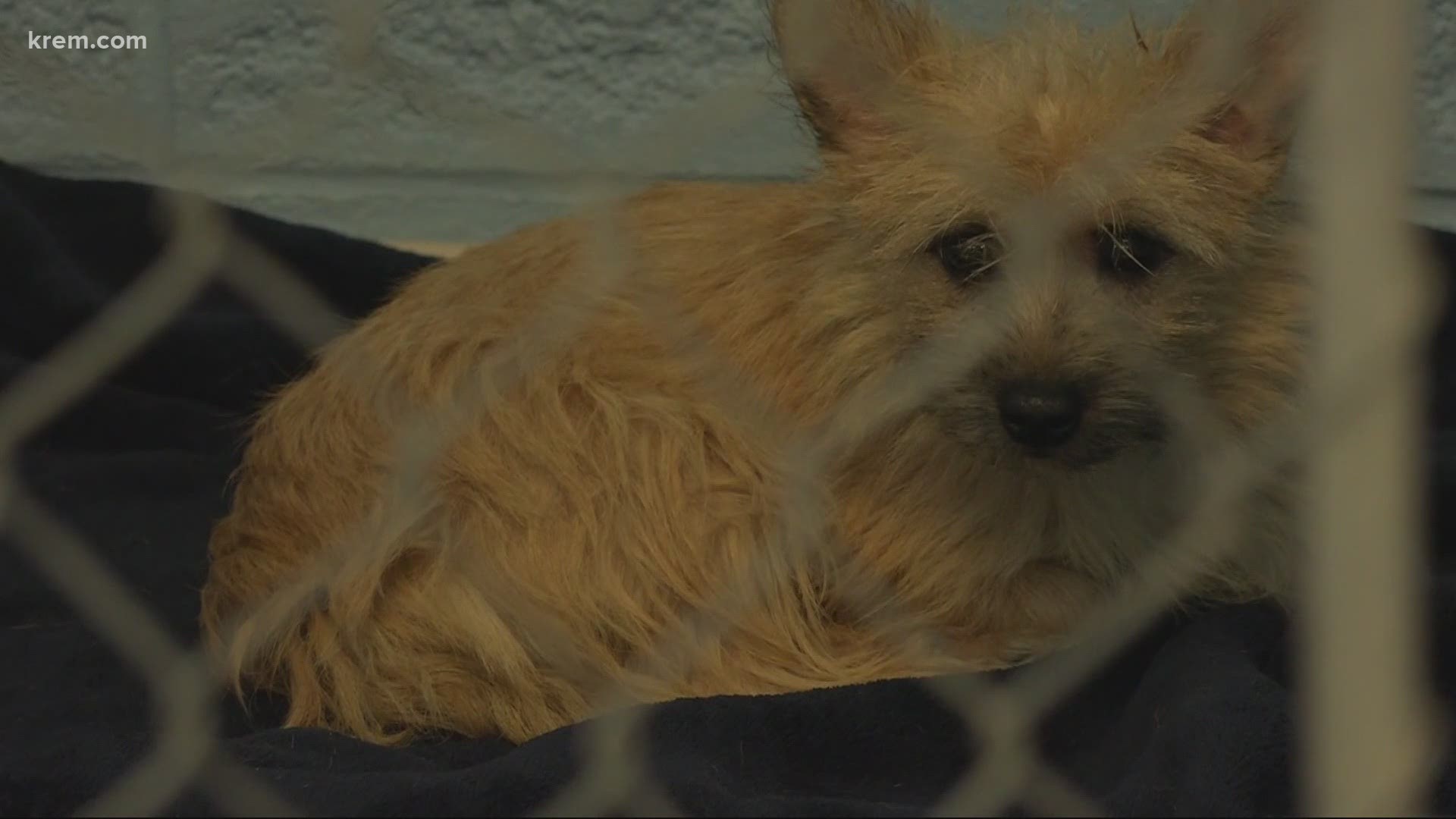 COEUR D'ALENE, Idaho — In a typical week, the Kootenai Humane Society receives about $1,000 in online donations, as reported by our news partner the Coeur d'Alene Press.

This past week, after taking in 66 dogs from a Kellogg hoarding situation, donations jumped to about $12,000.

And one couple donated $8,500 for a new autoclave to sterilize equipment after The Press reported it broke down.

“They are absolutely up,” Vicky Nelson, KHS development director of donations, said Monday.

Which really helps as the shelter continues to care for dogs that came in a week ago after being removed from a home where 85 dogs were left behind by a resident who had been evicted.

Nelson said 28 of the KHS dogs have been adopted and gone to their new homes. Twenty-four that need to be fixed remain at the shelter.

“They all have been spoken for,” Nelson said.

Fourteen dogs were in foster care — nine of those puppies and five pregnant moms. Two of those have since given birth.

One of the adopters was a senior who had recently lost her longtime companion.

“She didn’t think she would get chosen,” Nelson said.

Other than crowded and unsanitary living conditions, the dogs are generally in good health and were well fed. Nelson said they play well inside and out.

She hopes they will all soon be in homes and on their way to normal lives.

“They appear to be fine,” she said.

Nelson said while KHS appreciates that so many people responded and adopted dogs, the best way to help now is to make a monetary donation.