Meet Ivan: The Tacoma gorilla who changed the world

Before he became world-famous and inspired a new Disney movie, Ivan lived with a family in Tacoma. #k5evening 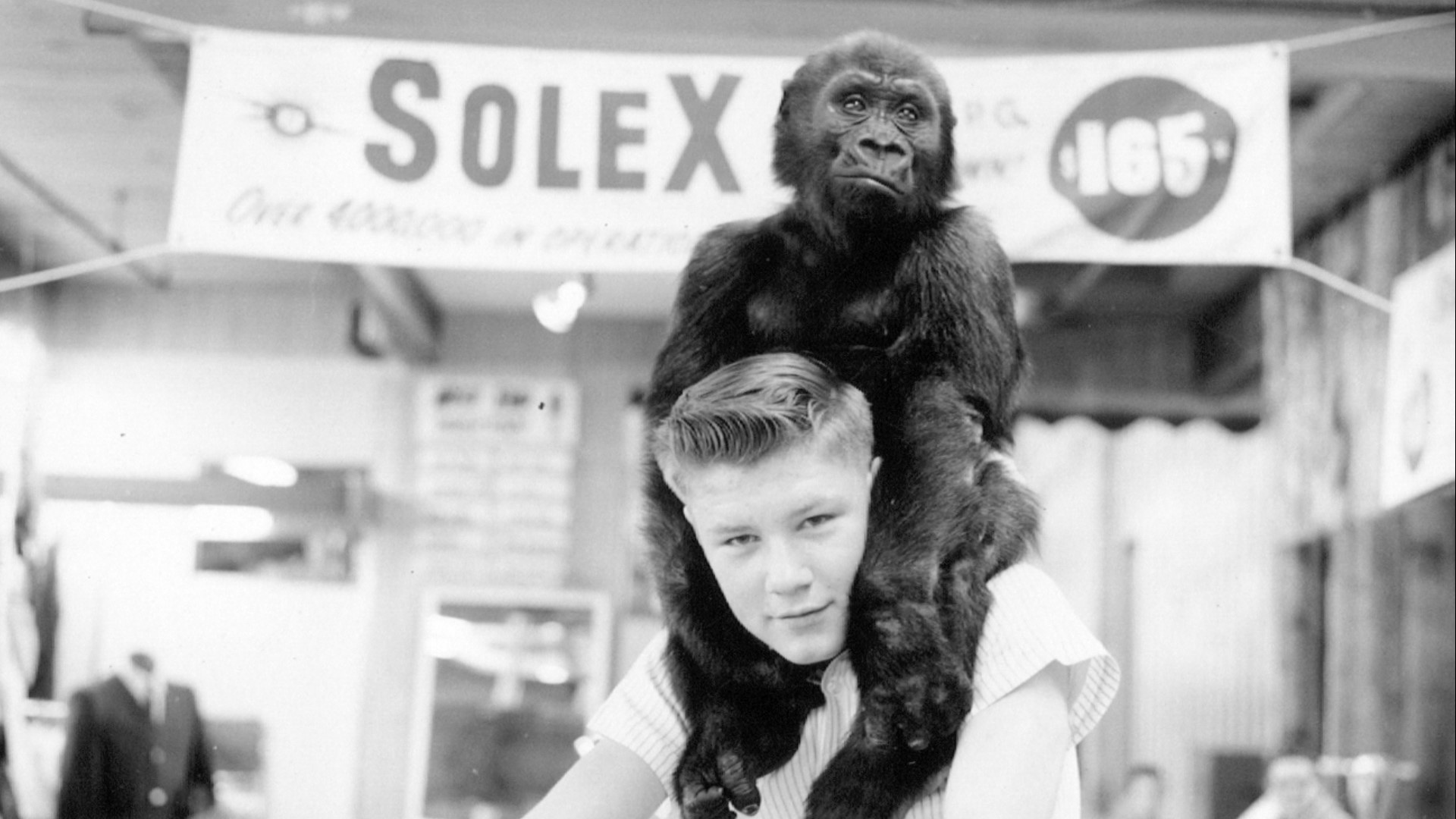 TACOMA, Wash. — Ivan, one of the most famous gorillas in the world, grew up and lived most of his life in the Tacoma area. Now his life story has inspired a new movie called "The One And Only Ivan", streaming on Disney Plus.

In his hometown, Ivan is remembered as the gorilla at the B&I Circus Store, but he was more like a brother to a man named Larry Johnston who shared his remarkable, rarely seen home movies with us.

The year is 1964 and Larry Johnston's parents- licensed zookeepers- bring a baby gorilla named Ivan into their South Tacoma home.

“It wasn't like having a dog or a cat for your pet,” says Johnston. “It was this little brother who was a constant bundle of energy, looking to get into trouble and discovering things.

“He loved to roughhouse. He absolutely loved to wrestle and tumble.

“If there was a chair with upholstery he wanted to see what was inside so he would tear it apart.”

For three years the Johnstons raised Ivan like a son. They take him to work at the B&I pet store they manage Larry's mom, Lois, tickles Ivan, feeds him plates of spaghetti and takes him to the playground.

“I had a pet that probably nobody else in the world had,” Johnston says. “But it was also a massive responsibility for a 13-year-old. I was his alpha and in the evenings he did not want me gone".

But as Ivan grows, the destruction at home adds up. Experts convince the Johnstons to cage Ivan in a large steel trailer at the B&I Circus Store. To ease Ivan into his new home, Johnston spends nights with him.

“It took about two and a half months of me sleeping in the cage separated by bars and then slowly moving my cot out,” Johnston says.

This is where Ivan would spend the next 27 years, entertaining visitors like Earl Borgert, whose grandparents own the B&I.

“We would go and visit him,” Borgert says, “and we would look and look ‘Where is Ivan? where is Ivan?’ and he would come out and pound the glass and scare every single one of us !”

“The controversy that it is cruel to cage these wonderful animals? I accept that,” says Johnston. “But in the 60’s it was acceptable.”

Michael Jackson even enters the Ivan story, offering to buy the gorilla for his Neverland Ranch. But Jackson fails to get the necessary permits. In 1995, now world-famous, Ivan finally moves to Zoo Atlanta to live among other gorillas.

Though he always seems more at ease with people.

“He was the only gorilla that would actually approach and engage with people,” says Borgert.

In 2012 Ivan dies at the age of 50. A bronze statue outside Point Defiance Zoo and Aquarium is just one part of Ivan's legacy. Johnston and Bogert have also established the I.V.A.N. Foundation, to raise scholarship money for northwest students who want to help Western Lowland gorillas in the wild. They also hope to return some of Ivan's ashes to Africa.

Today Ivan is remembered for capturing the hearts of fans and revealing the gentle nature of gorillas.

But for Larry Johnston Ivan will always be more like a brother.

“If you never had a chance to meet Ivan I'm sorry for you,” says Johnston, “because he was such a special little guy.”