"I don't know of any human being that has a conscience and will sit there and let it die, instead of doing something to help it," the hunter told KTVB. 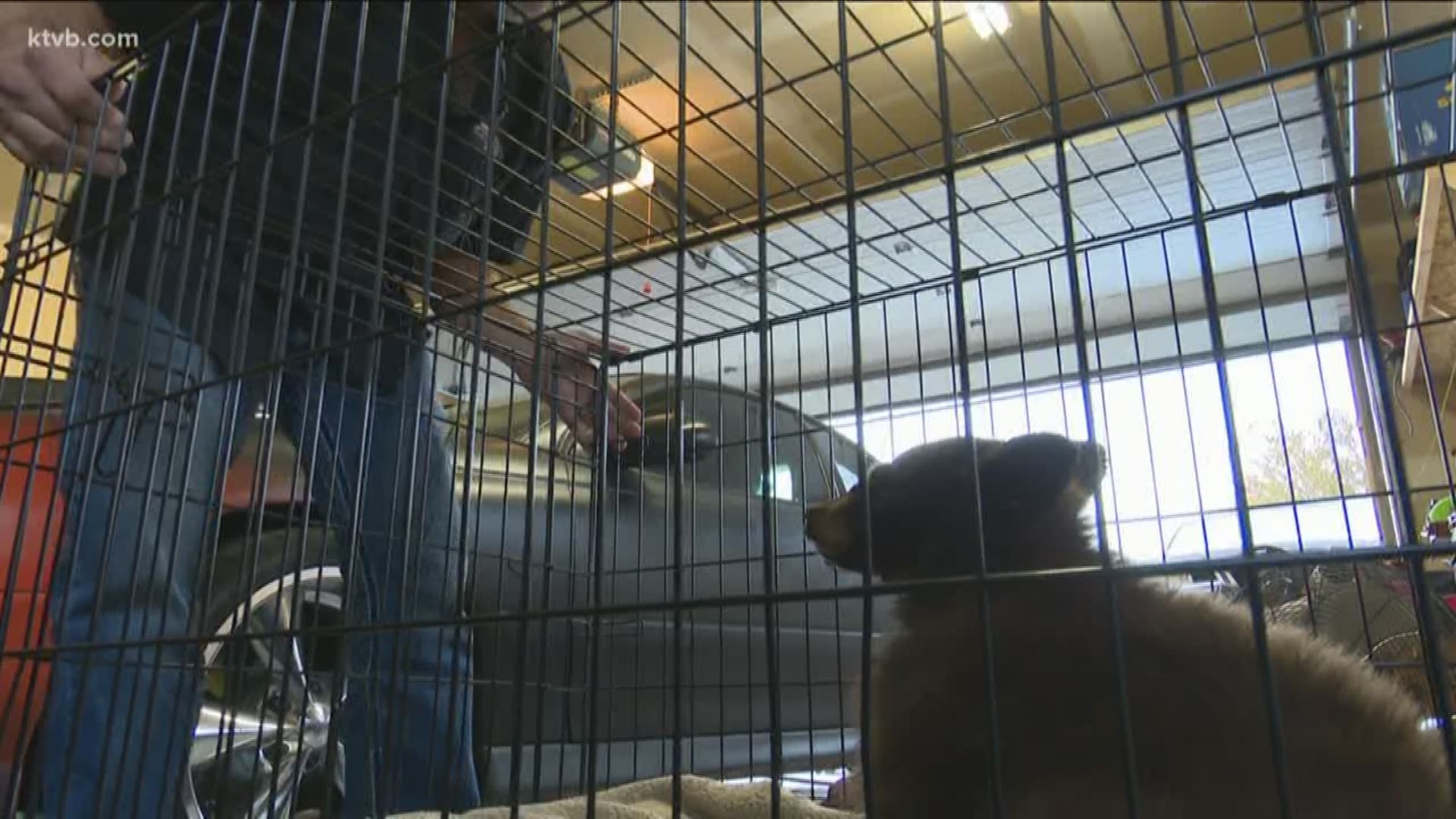 BOISE, Idaho — After finding an injured bear while hunting, a Boise man says he cared for the bear for a few days to get it healthy again.

Now the man says Idaho Fish and Game is involved in caring of the bear cub and has a much different plan for the bear than he did.

Charles Erickson says he wanted to make sure the bear got the care it needed and that it wasn't euthanized.

He says once Idaho Fish and Game heard he had a bear, they intervened and prevented him from taking the bear to a rehab center in Garden City.

Erickson explains he spotted the bear while hunting in Garden Valley, it appeared to be injured and abandoned.

"I don't know of any human being that has a conscience and will sit there and let it die, instead of doing something to help it," Erickson said. "So I just covered his head with my sweatshirt and I picked him up, put him in the back of my pickup, drove down."

Since then, the bear, most often called ‘Chewy’ by the Erickson family, spent most of his time inside a large dog crate inside their garage

"I’ve just been nursing him back to health until I could take him to that place," Erickson said.

He says the bear also did other things.

"He climbed a telephone pole, walked around the yard," Erickson quipped. 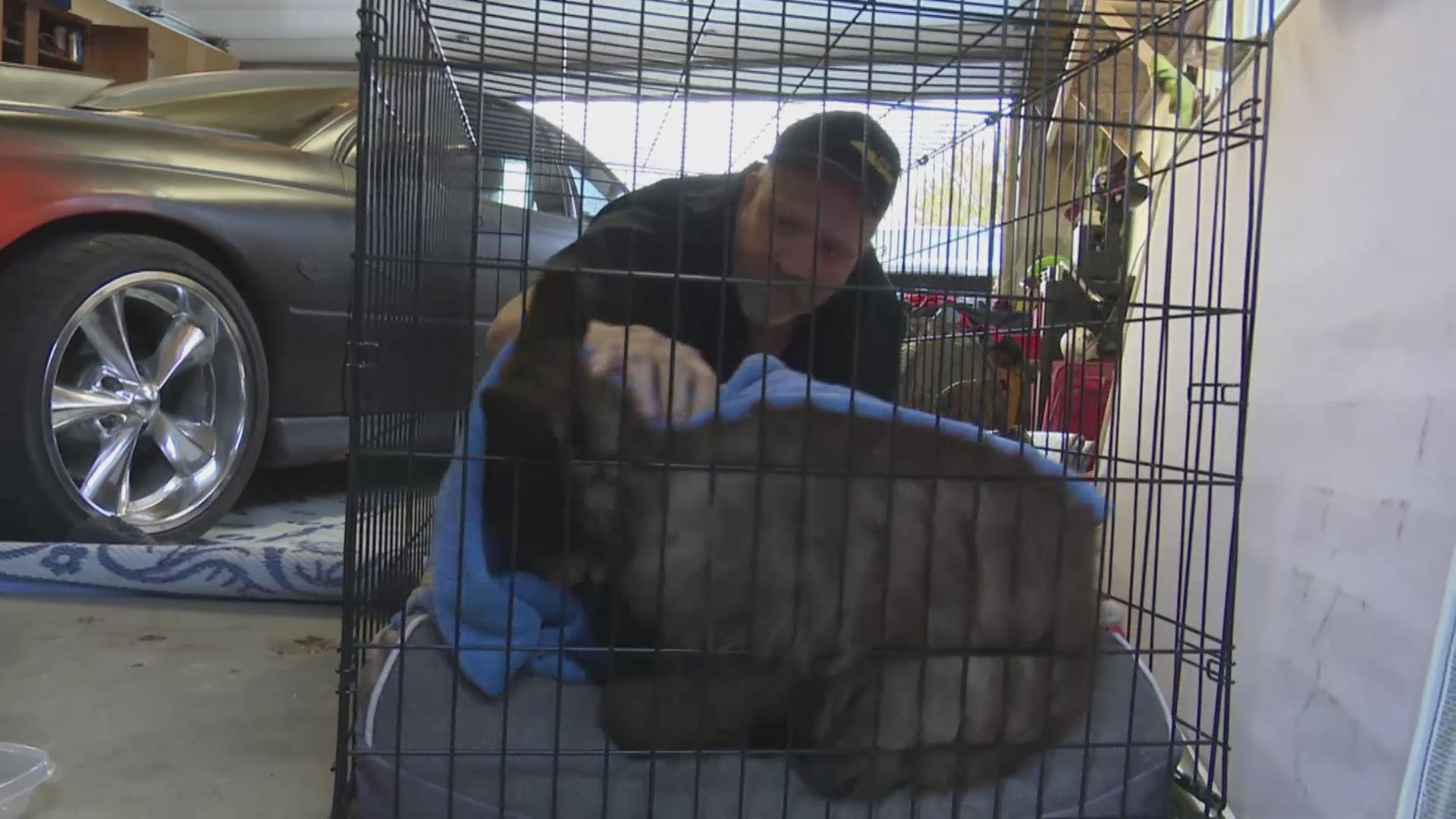 While Erickson was explaining his story to KTVB, Idaho Fish and Game Officers were outside his house waiting to take the bear into their custody. He explains though that he never wanted them involved.

"These guys are going to make the call if to euthanize it or not, the other rehabilitation center says they don't euthanize," he said.

Fish and Game said the situation could have been avoided entirely.

RELATED: 'He will be well cared for': Elliot the Elk finds new home in Texas

Evin Oneale with Idaho Fish and Game says that while they appreciate people wanting to care for animals, they need to stick to pets like dogs.

"There is no circumstance where you can legally pick up a wild animal, and take it home for whatever reason," Oneale said.

He says if people see an injured animal in the wild, they need to leave it alone.

"Gives us a call and tell us where you found it, where the bear was located so that maybe we can look into it. Versus what ultimately ended up happening," Oneale said.

After a brief exchange at his home on Monday with fish and game officers, Erickson put the bear inside a Fish and Game crate, and let them take it away.

Erickson says he wanted to bring the bear to Idaho Black Bear Rehabilitation in Garden City because they only euthanize bears if they absolutely have to.

Idaho Black Bear Rehab says they were aware of the situation, but that Fish and Game told them they were going to take the bear for evaluation. They didn't turn the bear down.

Fish and Game said in this particular case, this bear has a good chance of being rehabbed. For now, it's wait and see before anything else happens to the bear.

Their veterinarian team is working to evaluate it.

RELATED: Friendly elk relocated to a prime hunting region in Idaho one day before archery season