Idaho cat that ended up in Montana reunited with its family

Oliver got out of his home in Mountain Home and traveled 365 miles over four days before he was found last Sunday near Alberton, Montana. 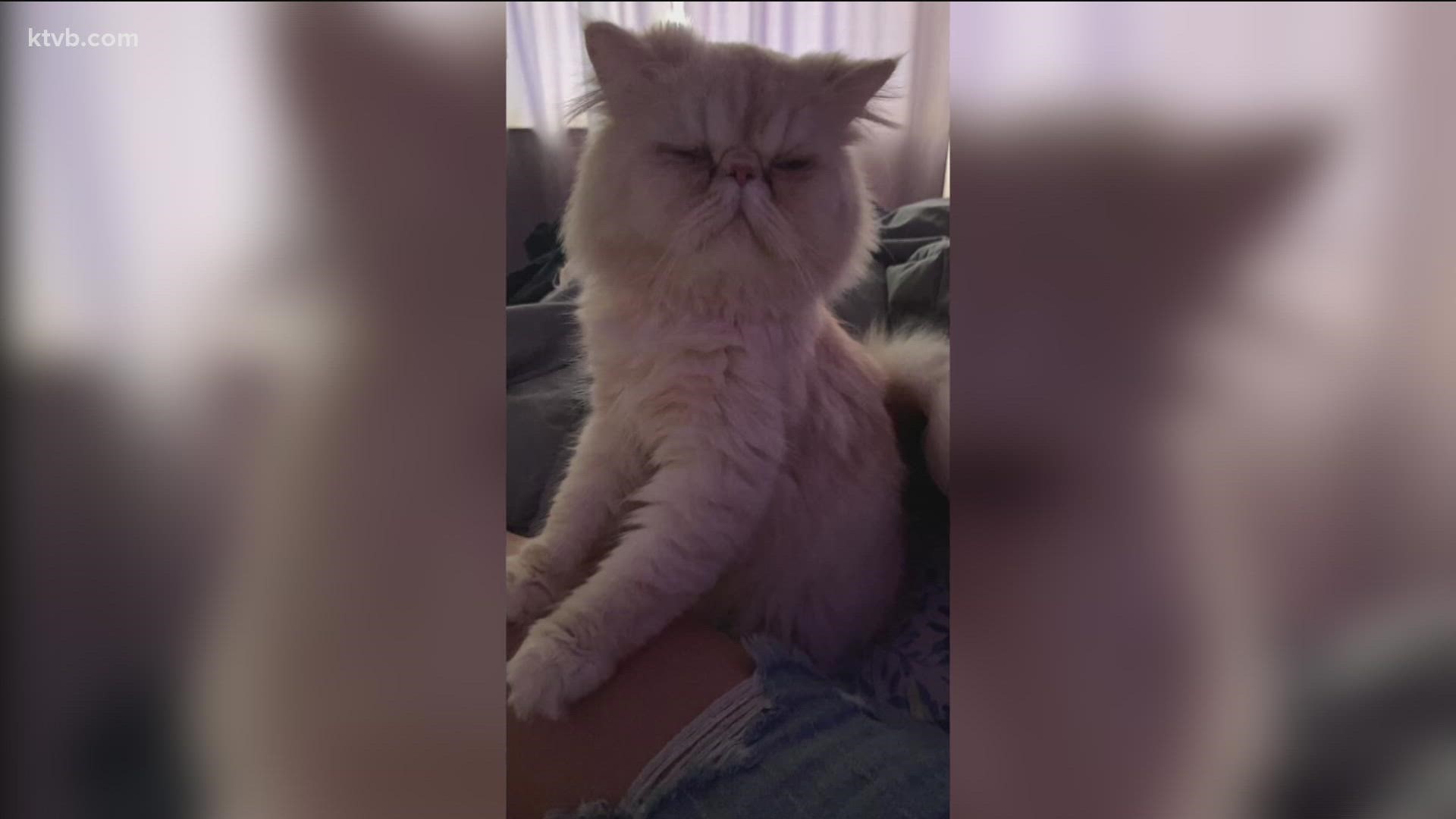 BOISE, Idaho — An Idaho cat is back with his family after taking a long-distance journey to Missoula, Montana.

Oliver, a Persian cat, who lives in Mountain Home, disappeared on August 18. He was found 365 miles from his home near Alberton, Montana, on August 22. The person who found Oliver said he was very dirty, so she gave him a bath and took him to AniMeals, a no-kill adoption center in Missoula on August 24.

AniMeals posted about Oliver on social media that night, and were connected with his owners the next day.

The family was anxious to get Oliver back and made the more than 8-hour drive to Missoula on Thursday. His owners say Oliver is an indoor cat, so it was unusual for him to be missing. They are not sure how he got out. Signs were posted in the neighborhood and on social media in hopes that someone would help bring Oliver home.

AniMeals believes Oliver crawled onto or into someone's car and went for a very long ride. They shared the full story on their Facebook page.

There are some lessons to be learned from this. First, AniMeals says pet owners should microchip their pet. Oliver did not have a microchip, but he is getting one before heading home.

Second, always share information about a lost pet on social media sites such as Instagram, Facebook, Pawboost, and Next Door. This can really expand your reach beyond your local area. They say if not for social media, Oliver likely wouldn't have found his owners.