Spectators lined up on both sides of the highway to watch Wilder sheep rancher Frank Shirts move nearly 2,600 ewes and lambs into the Boise Foothills. 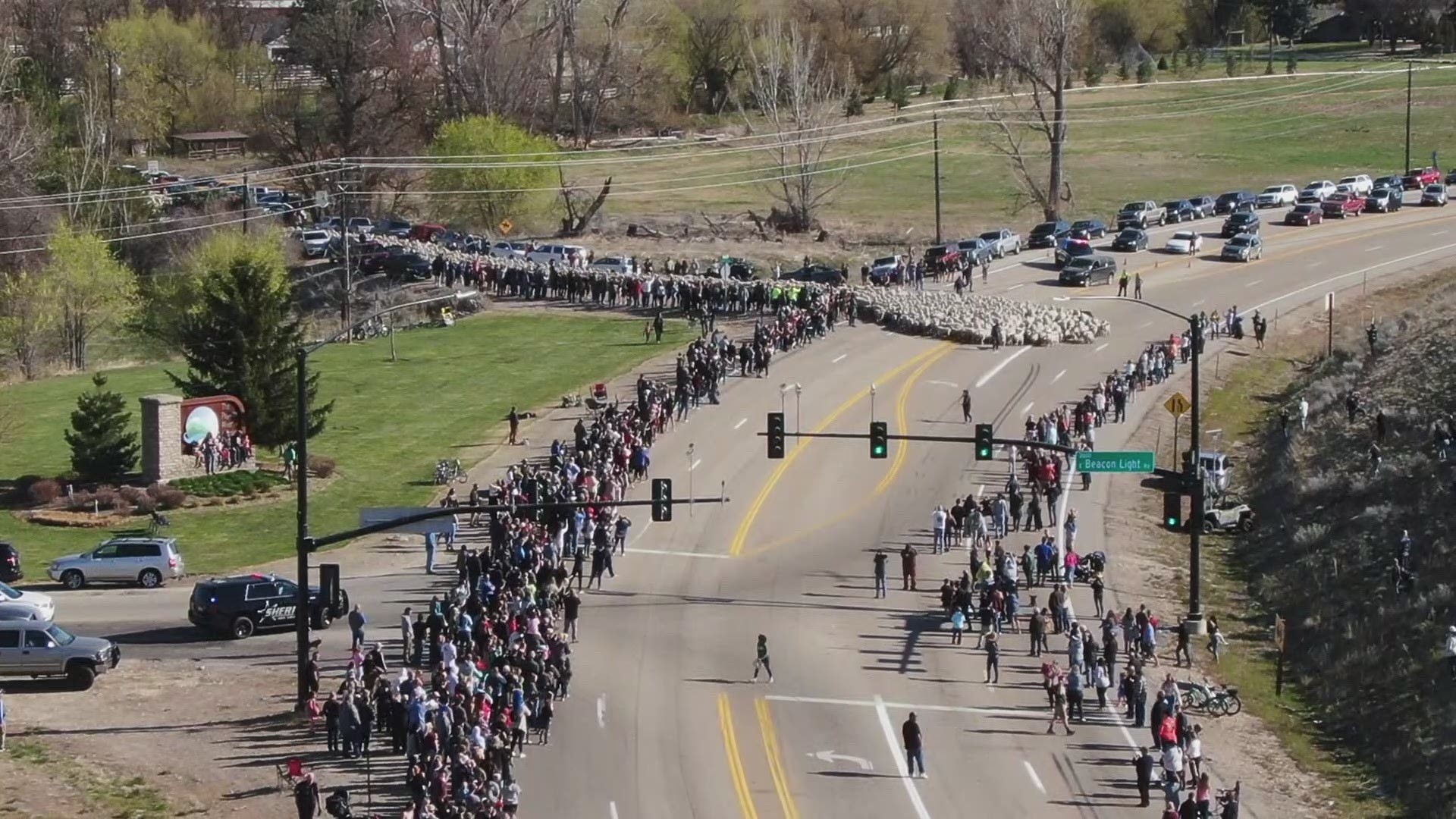 As many as 500 people were possibly in attendance, according to Steve Stuebner with the Idaho Rangeland Resources Commission (IRRC). People lined up on both sides of the highway to watch Wilder sheep rancher Frank Shirts move nearly 2,600 ewes and lambs into the Boise Foothills.

The sheep will move across the Eagle Bike Park trails and head east toward the Ada County Landfill, the Corrals Trail, Hulls Gulch and Table Rock areas in the coming days and weeks.

Shirts is expected to bring a second group of sheep into the foothills anytime within the next seven to 10 days. With large groups of sheep heading to into the Treasure Valley landscapes, IIRC wants to remind recreationists of several ways to ensure the sheep are not disturbed.

If you encounter the sheep while walking a dog, it is important to keep the dog on a leash, even on a non-leash trail. This is to ensure the dogs don't chase the sheep or the Great Pyrenees guard dogs, which are used to protect domestic sheep from coyotes, wolves and other predators.

"The coyotes are thick in those foothills," Shirts said. "The guard dogs are our only means of predator control."

If domestic dogs begin chasing the sheep, the guard dogs will react to that threat, according to Shirts, so it is best to ensure dogs remain on their leash.

Should a mountain biker approach the sheep, Shirts recommends dismounting and walking past them to avoid confusing the guard dogs.

"If you try to outrun a dog on your bike, the guard dog will think you're trying to play a game with him, and he might chase you," he said. "If you get off your bike and walk, they won't be threatened."

Information about mountain biking and sheep can be found here.

Some other helpful reminders regarding the sheep migration include: