'I held him until he was cold and stiff': Middleton man continues court battle with the man that killed his dog

After his dog was killed two years ago, a court judgment awarded a Middleton man more than $60,000 in damages and fees this week. 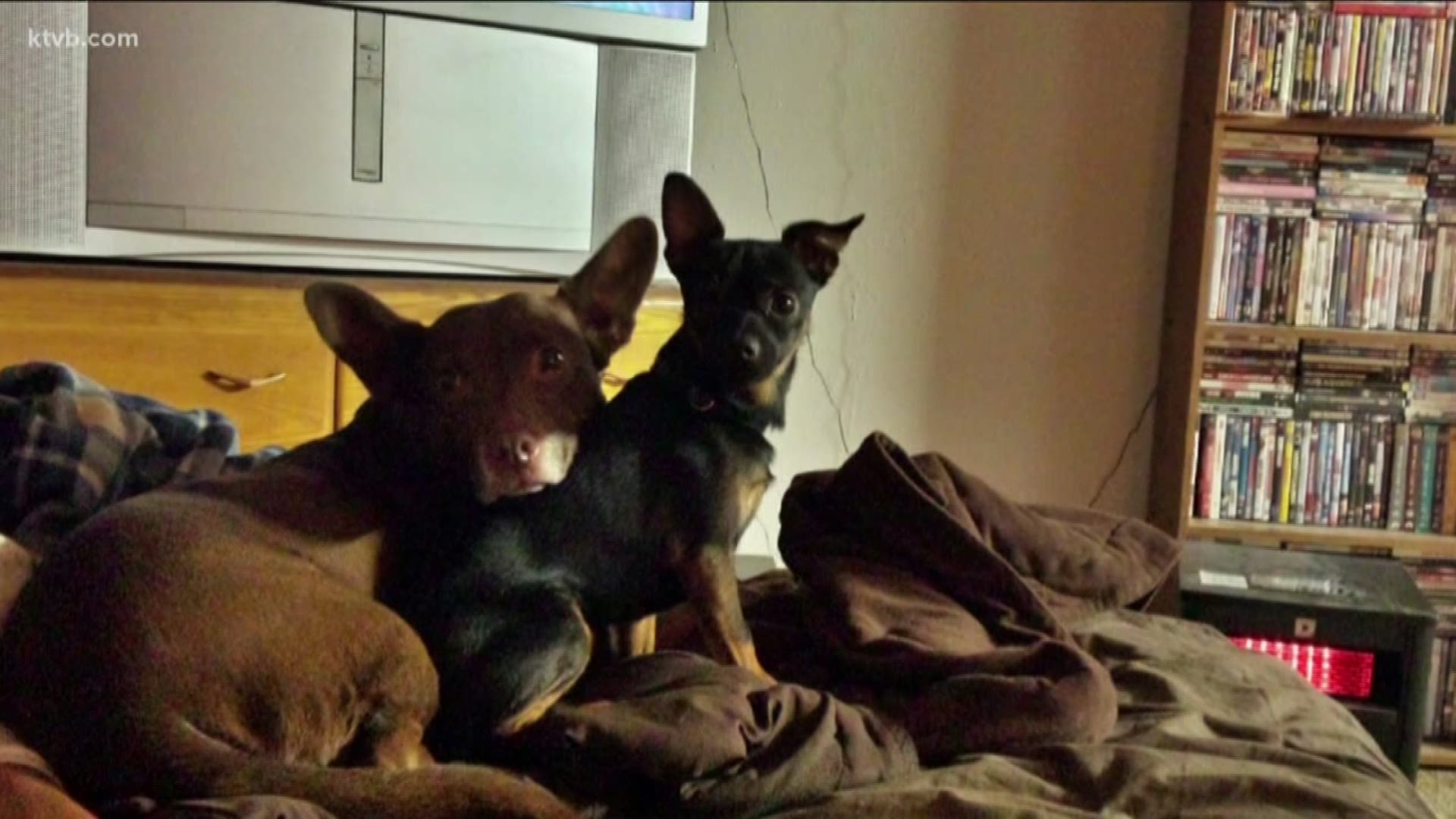 NAMPA, Idaho — A Middleton man is still mourning the tragic death of his dog after another man killed it two years ago.

Earlier this week, a court judgment awarded David Baimbridge tens of thousands of dollars in damages for his loss.

Animal law attorney, Adam Karp, who represented Baimbridge, said the fact that punitive damages were awarded is something that is rarely seen in animal cruelty cases - especially in such a high dollar amount.

Karp says he believes this case sets a strong precedent for animal cruelty cases in Idaho.

Baimbridge remembers his Chihuahua, Jager, fondly over their six years together.

"He was fun, he never had a vicious bone in his body," he said. "He was my best friend."

Jager was killed in 2017 when Baimbridge was staying with James Gillies while he was in the process of moving. He was at work when he got the call about Jager.

According to both Baimbridge and court documents, Gillies was trying to separate Jager and another Chihuahua when he, "grabbed Jager by the neck, picked him up and threw him against the wall and then kicked him after he was on the ground."

Baimbridge rushed to West Vet where they unsuccessfully tried to revive Jager.

"The vet brought me in Jager's body and I sat there and I held him until he was cold and stiff," he said. "I was devastated and angry at the same time. He was my baby. It was like losing a child, one of my children. I don't have any kids of my own and so he was my boy."

Gillies eventually pleaded guilty to misdemeanor animal cruelty and was fined $300 and ordered to perform 36 hours of community service, which Baimbridge said was too light a sentence.

"It wasn't really a punishment at all," he said. "I mean you can get just as much punishment for stealing a pack of bubblegum as opposed to taking a life."

"Getting a $300 fine and some community service is a slap on the wrist," Karp agreed.

Gillies was also supposed to pay $600 in restitution, and court documents state he has yet to pay the restitution. Baimbridge then hired Karp, who filed a lawsuit, seeking additional damages for the loss of Jager.

"The value that Mr. Baimbridge placed on Jager was so much greater than who Jager was as a puppy,” Karp said.

Baimbridge said he hopes his case will teach others the value of animal life - and how important the connection can be with their owners.

Court documents state that Gillies had, "Intentionally and maliciously inflicted pain and suffering to Jager."

Karp said Gillies also failed to respond to questions and documents he had been sent.

"So the court awarded $25,000, which probably is one of the largest awards in Idaho for the intrinsic value of a dog," Karp said. "I'd be surprised if there's an award that's larger."

An additional $25,000 in punitive damages was also awarded.

"The judge made clear that the punitive damages here were to deter Mr. Gillies and others from committing similar acts of animal cruelty," Karp explained.

Adding in other costs, like attorney's fees, the total judgment that Gillies owes is more than $65,000.

“I’m proud of him for taking this case forward to completion, because he stood up for Jager, he testified heartfelt about his dog and there was no apologizing for it," Karp described. "And Mr. Gillies is now going to have to contend with the judgement he needs to pay.”

Baimbridge said while he feels that number is more reasonable for what happened, no dollar amount will bring Jager back.

"It is justice," he said. "I would give up every penny of it to have my little buddy back."