Daniel Mahan of Boise has some new tenants who set up a home in his backyard. 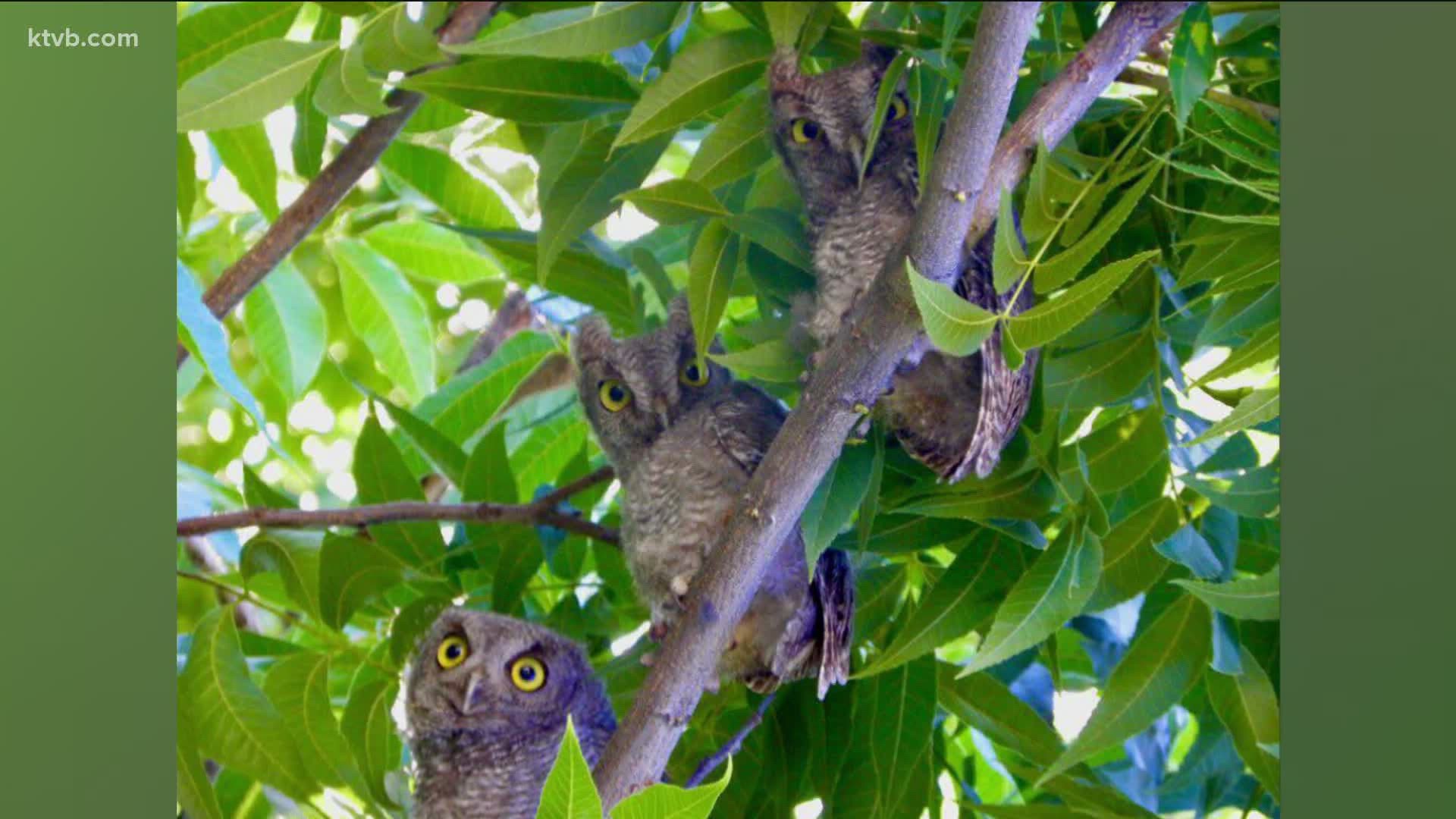 BOISE, Idaho — Throughout the interesting year that has been 2020, it's nice to have socially distanced company whenever possible.

For one Boise man, his company showed up unexpectedly. Rather than just one, a whole family decided to become his new roommates.

Daniel Mahan of Boise discovered a family of Western Screech Owls had moved into his backyard and made their home in the trees. Mahan shared photos of his new friends on Facebook.

Western Screech Owls are rather small owls with stocky bodies and square heads. They are nocturnal animals and are very much heard rather than seen. They are also friendly with people and are sometimes attracted to suburbs with forested backyards, according to The Cornell Lab.

Although the visit was unexpected, Mahan said he enjoys the company. Though these little guys look cranky, they are absolutely adorable!

HOO are these new roommates?