Giant pandas have difficulty breeding and their pregnancies are notoriously difficult to follow. The zoo says the babies “are very lively, pink and plump.” 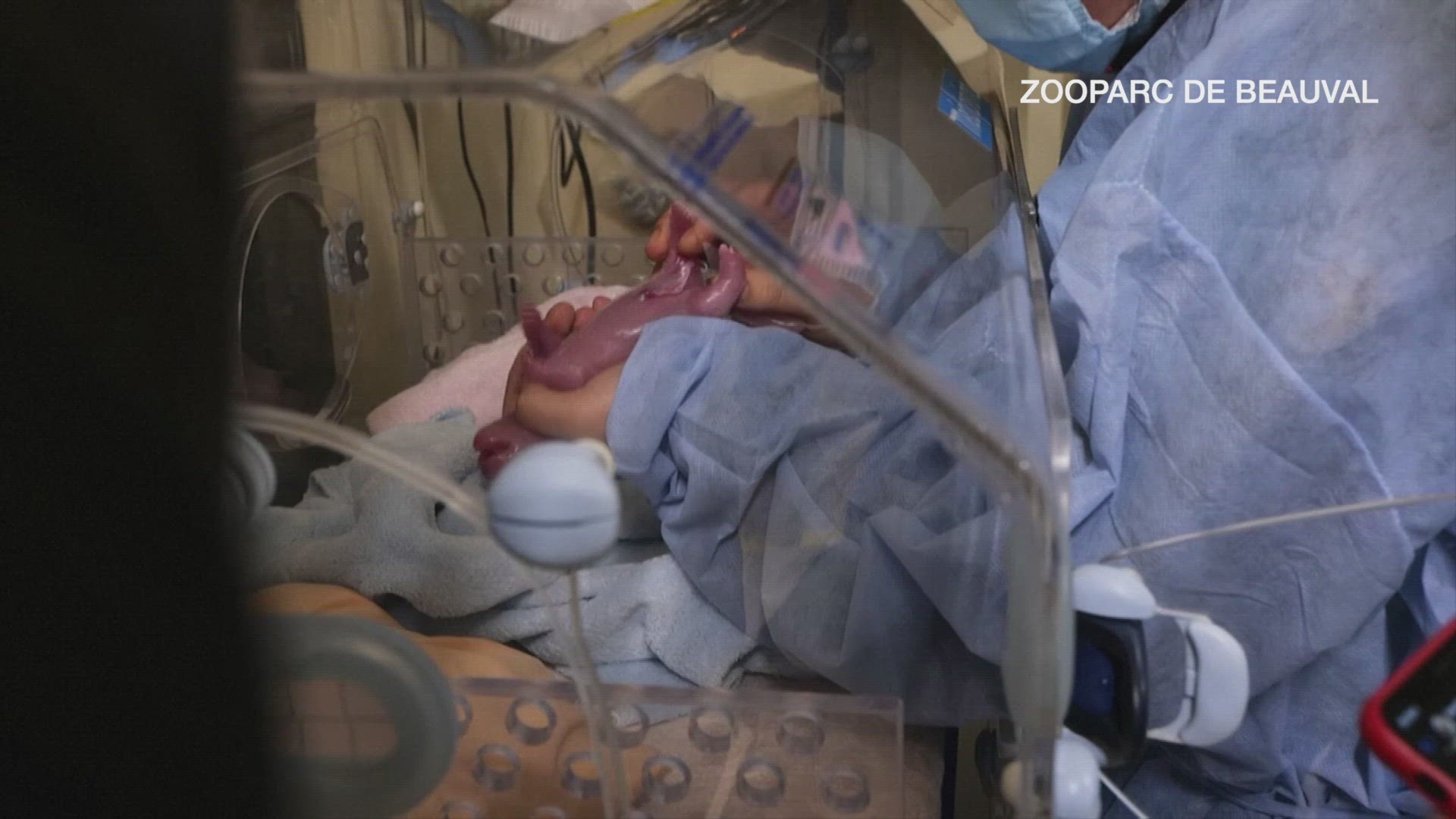 Their mother Huan Huan and father Yuan Zi are at Beauval on a 10-year loan from China aimed at highlighting good ties with France. The twins are their second and third cubs after the first panda ever born in France, Yuan Meng, in 2017.

“Huan Huan is taking care of them very well. She took them in her mouth to lick them and clean them. We can hear little cries,” the zoo said in a statement.

The zoo said the cubs' genders were determined by the Chinese experts in charge of taking care of them but will need to be definitively confirmed since external genitalia does not appear until panda cubs are several months old.

Credit: AP
This handout photo released by the Beauval Zoo shows a nurse taking care of a female panda cub which was born to mom Huan Huan at the Beauval's Zoo in Saint-Aignan, central France, Monday, Aug. 2, 2021. A giant panda on loan to France from China gave birth to two female twin cubs early Monday, a French zoo announced. The Beauval Zoo, south of Paris, said the twins were born shortly after 1 a.m. They weigh 149 and 129 grams (5.3 and 4.6 ounces). (Eric Baccega/Beauval Zoo via AP)

The births come after the zoo announced with great joy in March that Huan Huan and Yuan Zi had “mated eight times." Veterinarians then carried out an artificial insemination “to have as much chance as possible” to see a pregnancy.

Giant pandas have difficulty breeding and their pregnancies are notoriously difficult to follow.

“We just lived a moment of rare intensity. These births are always very exceptional but they also bring some surprises,” said Delphine Delord, director of the Beauval Zoo.

The cubs will not be named before 100 days. They will spend a few years in France before being sent to China, the zoo said.

Other nations in Europe also have giant pandas, including Austria, Britain, Belgium, Germany, the Netherlands, Spain and Finland.

There are about 1,800 pandas living in the wild in China and about 500 in captivity worldwide.

China for decades gifted friendly nations with its unofficial national mascot in what was known as “panda diplomacy.” More recently the country has loaned pandas to zoos on commercial terms.