"I took him home, and just kind of went from there - it was a crash course taking care of a duck inside," said Hailey Schisel. 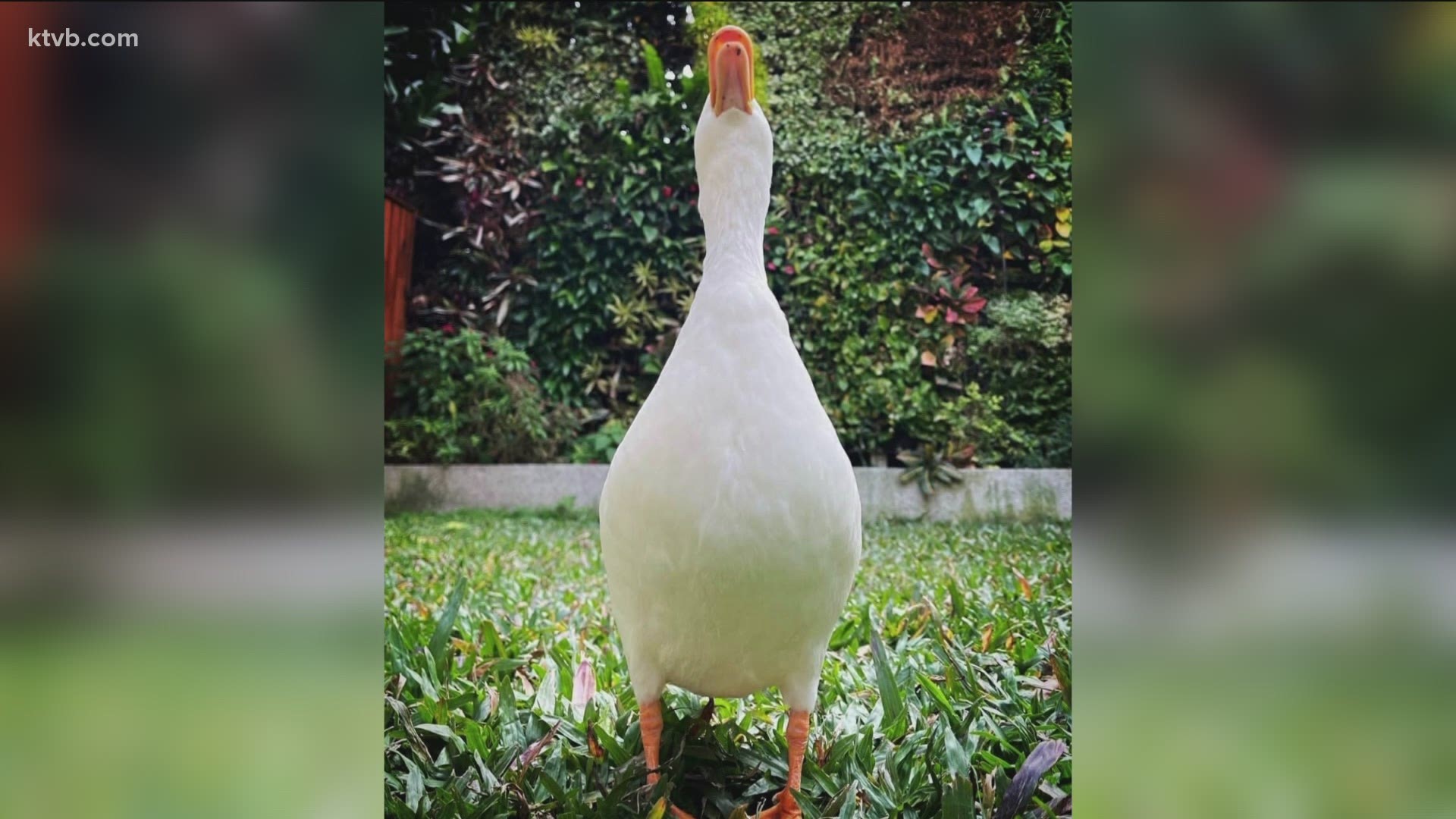 BOISE, Idaho — A Boise woman may have the only "house duck" in town. Hailey Schisel says at first she considered getting chickens, but it turns out a fluffy baby duck was more her speed.

"I took him home, and just kind of went from there - it was a crash course taking care of a duck inside," she said.

That's right: The duck, who she named Ferdinand, is a regular part of the family, getting so comfortable inside the house as a duckling that Schisel says she needed to train him on how to be outside.

"He's got a swimming pool so he can clean and preen. When I got him, he didn't know how to preen because usually a mom will teach them how to clean themselves," she said. "So I've had to like be a mama duck to him, which is the weirdest role I've ever taken."

Schisel even has to change Ferdinand's diapers, as it's pretty difficult to potty-train a duck. But she says it is worth it for the joy he has brought to her family. The duck is popular in the neighborhood as well.

Ferdinand is more than a beloved pet, however. Schisel, who uses a wheelchair, says the duck helps her get through the day.

And Ferdinand might not be the only house duck for long. Schisel says she is considering adding to the flock.

"He needs a friend because it's springtime and he's lonely, he needs friends!" she said.