Idaho ranchers: Our sheepdogs are working, not lost 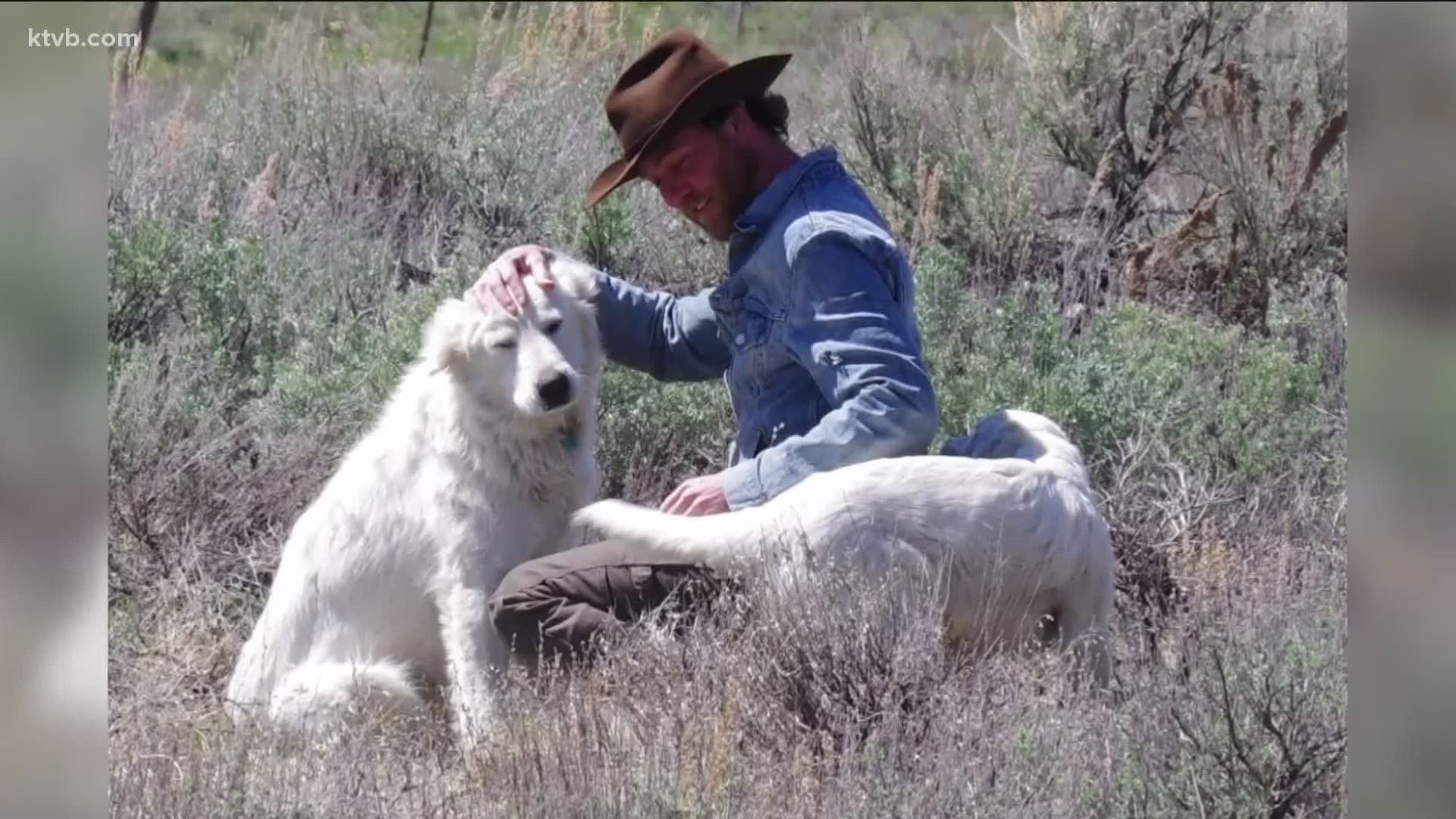 FAIRFIELD, Idaho — U.S. Forest Service officials and Idaho sheep ranchers say that a number of expensive Great Pyrenees dogs have been picked up by people camping or recreating in the southern Idaho wilderness, thinking the dogs are lost.

But the dogs are just doing their job, according to Flat Top Sheep rancher Cory Peavey.

“It may just be in the process of catching up with the herd and it will probably find its way, it’s not its first rodeo,” the rancher said. “These dogs see years of the same route, doing the same thing.”

Peavey said he has spent a considerable amount of time picking his dogs up from animal shelters, and other people’s homes after they are mistaken for lost pets.

The Idaho Rangeland Resources Commission said predators are very active right now, so taking these dogs away from their duties could severely damage ranch operations and leave sheep in peril.

“Without the dogs, coyotes would have a heyday with our sheep and they would drag off our livestock one by one,” Peavey said. “Wolves, bears, lions, stray dogs.”

Peavey said he understands that people usually have good intentions, but stressed that it undoes a lot of his work when one of his dogs is taken to someone else’s home.

“They shouldn’t be taking a dog out of its environment, bringing it home, causing it undue stress and exposing it to unnecessary domestication and kinda reversing my process,” Peavey added. “For me, I’d appreciate a phone call over someone taking my dog.”

Steve Stuebner, spokesperson for the Idaho Rangeland Resources Commission said if people are in doubt of whether the dog is lost or not, call the phone number on the dog’s tag.

“They really should leave the dog in place, unless it’s injured or looks like it really needs help,” he added.

The Idaho Rangeland Resources Commission said many of the sheep ranches in Idaho are north of Fairfield County, and the west side of the Sawtooth National Forest, and it would not be out of the ordinary to find a dog in the woods there.