The three hunting dogs had good health and swam in the river regularly with no problem. 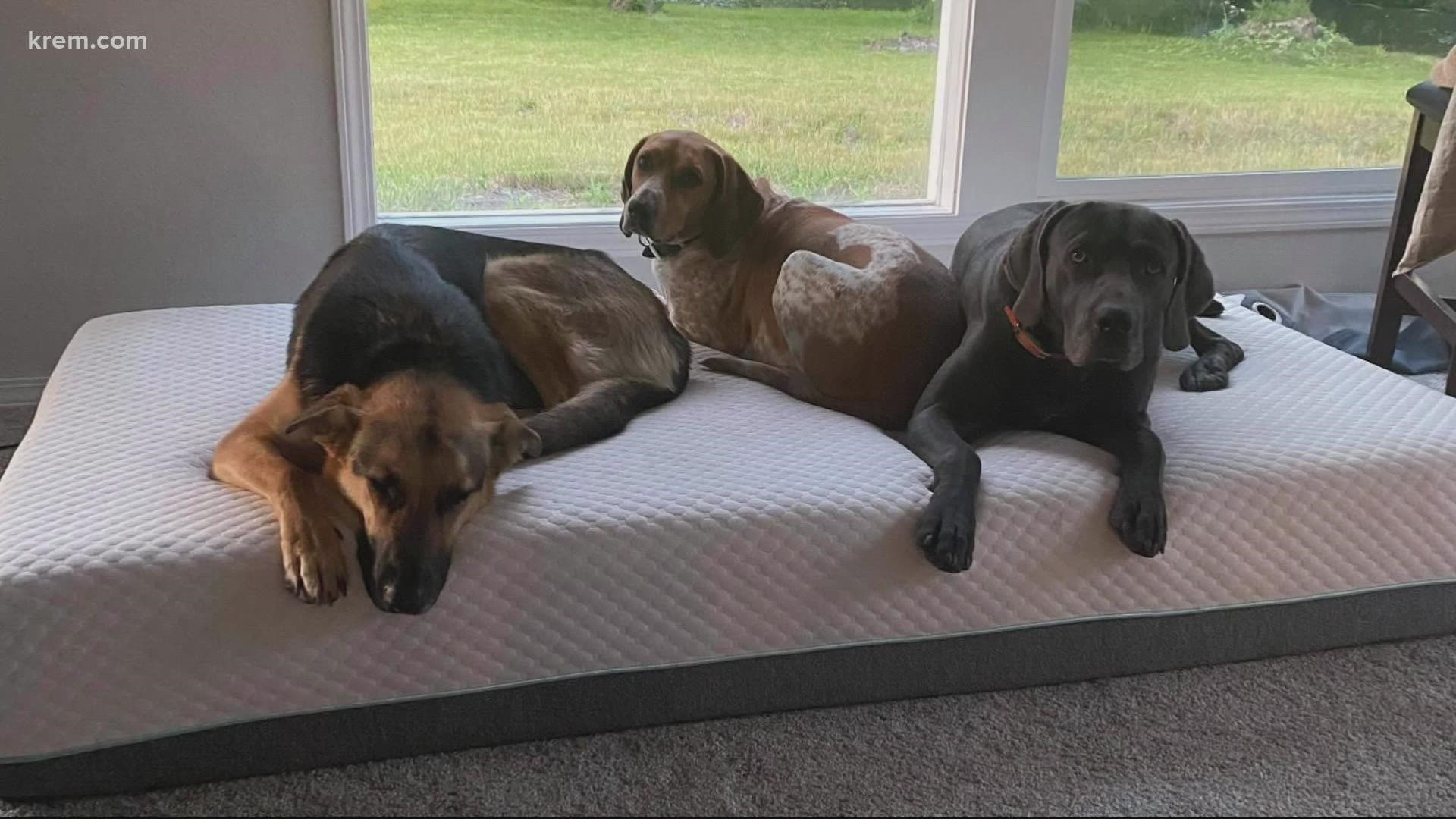 CHATTAROY, Wash. — A Chattaroy family is left searching for answers after all three of their dogs died after swimming in the Little Spokane River Thursday.

Colton Bridges' family spent the evening cooling off at their home on the Little Spokane River when it happened. He said just 20 minutes after they brought their dogs inside to dry off, the dogs became severely sick and died.

"Christa took the son to bed and took the dogs inside to dry off for the night," Bridges said. "20 minutes later she goes into check on the dogs and all three of them are just laying right next to each other dead."

Bridges cannot explain what happened. He told KREM 2's Amanda Roley, his three hunting dogs had good health and swam in the river regularly with no problem.

"They were just happy, loving dogs you know they want to always jump on our bed," Bridges said.

Colton's family had a flight out of town the next day. In shock, all he could do was lay his dogs to rest.

"My son, who's 17 months old, saw all three dogs," Bridges said. "That's when I just wrapped all three of them up. I put them in the back of my side by side. I went out in the field and I dug a big hole with my tractor and buried them. I just wanted them to be rested, you know, in peace."

Bridges believes blue green algae could have poisoned them. He said green clusters and film have formed in the water over the last couple weeks.

But he said it could also be another poison in the area, even mushrooms he found on his lawn.

"We do remember seeing our dogs all congregated in one spot, like they were digging for something," Bridges said.

Dr. Beth Davidow is an Assistant Professor for emergency clinical care at WSU's Veterinary College. She said blue green algae is typically found in stagnant water, like ponds or lakes.

"The problem with blue green algae is it is a bacterial toxin that can affect dogs." Dr. Davidow said. "It really can be quite deadly to dogs."

Although it is unusual to find blue green algae in moving bodies of water, like the Little Spokane River, Dr. Davidow said the symptoms the dogs had after their swim raises concern.

"I think it can be really hard to know," Dr. Davidow said. "There are cases reports of dogs dying really suddenly like that."

It's not clear what killed the Bridges' dogs at this time.

On Tuesday, the Washington Department of Ecology took samples from the river to find out.

"We'd like to figure out what it was," Bridges said. "Eventually we want to get more dogs. But we can't get dogs now with a possibly poisonous river."

Sign up for the KREM 2 News 2 Know newsletter, and never miss top stories for Spokane and North Idaho.