Their new home is one-of-a-kind, and at 1,000 square feet, one of the largest indoor alligator habitats in the northwest. 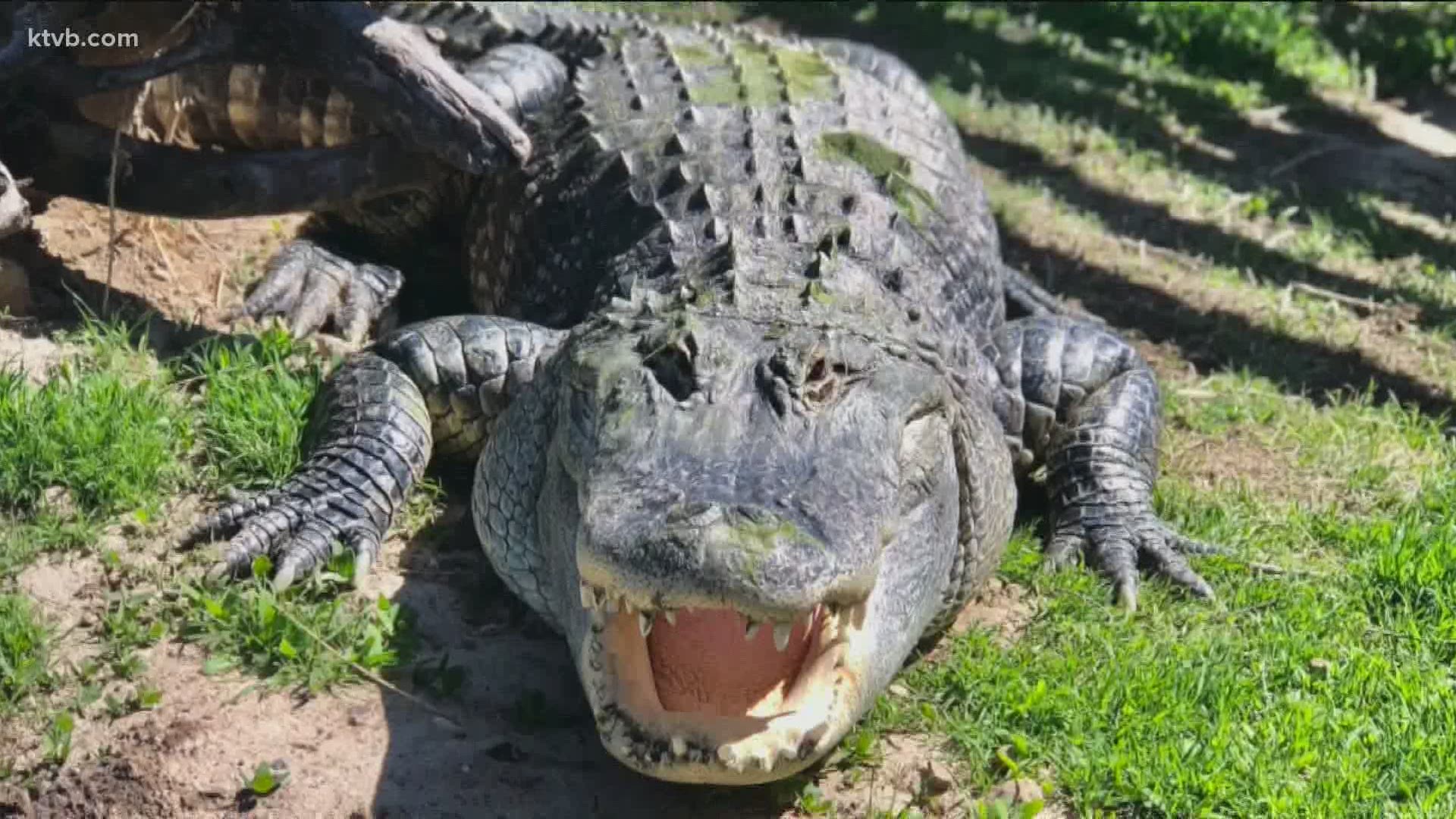 Maxey says that Soni was rescued in 2006 when he was found living in a teenager’s bedroom in Boise. The family had good intentions for their pet, but Soni simply outgrew his tank.

Chompers was given to someone as an anniversary present in Twin Falls, when she was a baby and only a little bit bigger than a pencil. The woman later called off her engagement, and Maxey ended up with the alligator.

American Alligators are technically illegal to own in Idaho, but Maxey has a special permit from the Idaho Department of Fish and Game that allows him to house the rescued reptiles.

Their new home is one-of-a-kind, and one of the largest indoor alligator habitats in the northwest. Maxey says the building is over 1,000 square feet, while the alligators' pool is 38 feet long, 10 feet wide, and 6 feet deep.

The water is heated by the natural geothermal water found on the Maxey family’s Marsing property, which comes out at 95 degrees. The pool is also home to a school of tilapia fish.

For now, the pool has a partition to keep the alligators separate for their safety, although Maxey says he plans to introduce the pair once Chompers gets a little bigger.

Because American Alligator population numbers are thriving in their native southeastern United States habitat, there are no plans to breed the gators.

The building is heated by a wood pellet stove. The habitat is also complete with a sandy beach, palm trees, and ferns.

This summer, Maxey plans to create “alligator doors” which will lead to outdoor yards where both of the alligators will be able to bask in the Idaho sunshine. The yards will be double fenced and secure.

Private tours, which have a maximum of ten people, can be arranged by e-mailing info@corbinmaxey.com. There is a fee to take a tour.

The rescue functions as a non-profit. Anyone who would like to contribute money towards wood pellets to heat the building, alligator food, and their outdoor yard expansion can donate to the GoFundMe here or mail a check to PO BOX 552, Marsing, ID 83639.