Idaho Fish and Game said the best way to deter coyotes is to keep things tidy around your home. 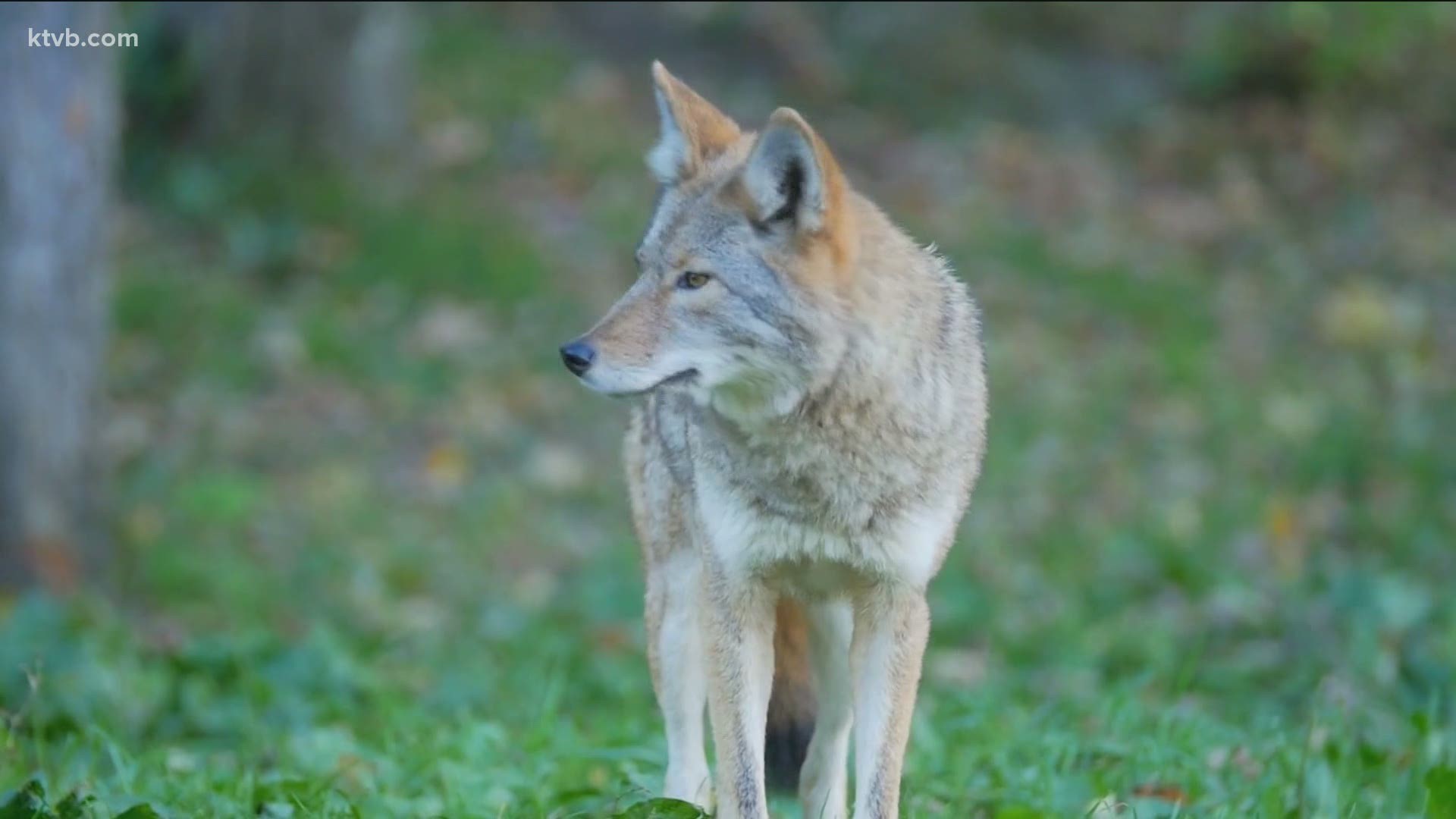 BOISE, Idaho — Idaho has thousands of coyotes, and while they primarily stick to the foothills, they can venture into more populated zones as well.

Idaho Fish and Game said coyotes travel in packs of about two to five, and are comfortable going into cities and neighborhoods early in the morning and late at night.

Coyotes don’t usually go around attacking people, but they will hurt or kill your pets, especially cats.

“People should be aware of letting their cats out when a coyote might be out there which is potentially early mornings and evenings when they tend to be a little more active,” said Roger Phillips, public information supervisor for Idaho Fish and Game. “Similarly, if you’re out on the foothills or other places and your dog is out, it’s another canine so [coyotes] can be territorial, especially if it’s a female with pups.”

Phillips added you should refrain from stepping between a coyote and your dog in an altercation, as fights are typically not to the death, but to also use your best judgment.

The best way to avoid unwanted company from coyotes is to keep things tidy around the house.

Fish and Game says to keep the lid on your trash, and don’t leave out pet food or birdseed that might attract animals.