"I was told by the vet that even though they're in the pool and going inside and outside, it's not enough. They're still in the direct sun," Delinda Shubin said. 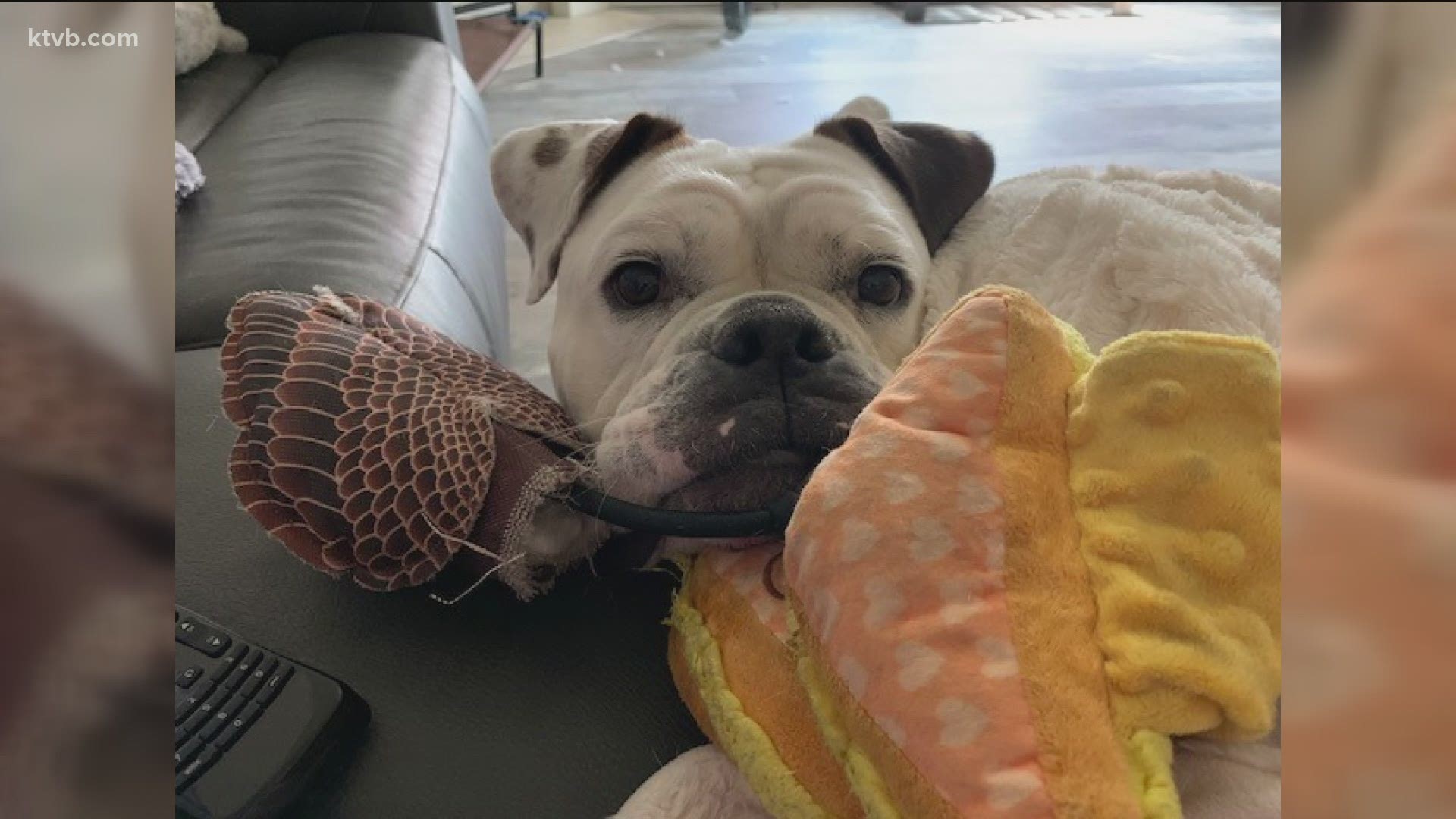 CALDWELL, Idaho — Most dog owners are aware of the dangerous and potentially fatal consequences of leaving an animal in a hot car, but one Caldwell woman is urging dog owners to pay more attention to their furry friends after her daughter almost lost her dog to the heat.

The dog was not inside a car, however; he was running around and splashing around in a pool outside.

On the Fourth of July, Delinda Shubin and her family went to a friend's ranch in Caldwell. With her was her daughter Cassandra as well as Cassandra's dog, Jurgen, an English bulldog.

"He was in the pool, he was chasing mini goats, having fun with the horses, and the dogs," Shubin said.

Jurgen was running in and out of the house for 15-20 minutes, enjoying all the activities the farm had to offer a dog. Suddenly, Shubin said he became very tired.

"He ended up getting pretty lethargic to the point where he was barely able to walk," she explained.

The family immediately took Jurgen inside. Once he was out of the heat, his body became limp and he was rushed to a nearby veterinarian.

"He immediately opened the door, went in there and had him on a ventilator," Shubin said. "He ended up with almost a 110-degree temperature, which is unheard of."

The vet began pumping fluids and medication into Jurgen, which helped his condition improve. Shortly after, however, he had a seizure.

Shubin and her family then took the dog to a nearby animal hospital for treatment.

Four days after the seizure, Jurgen was okay.

Shubin now wants other pet owners to be aware of what can happen to animals in extreme heat, even if they are just playing outside.

"There's a lot of guilt because we thought we were doing everything right," she said. "We had the doors open so he could go inside and outside, he was in the pool, but what I was told by the vet that even though they're in the pool and going inside and outside, it's not enough. They're still in the direct sun."

While vets were able to save Jurgen, Shubin said his medical bill is more than $11,000. She started a GoFund Me to help her daughter pay for his treatment. To donate, click here.