CPW believes a small brown-colored bear spotted wandering the campground in recent weeks was the culprit. 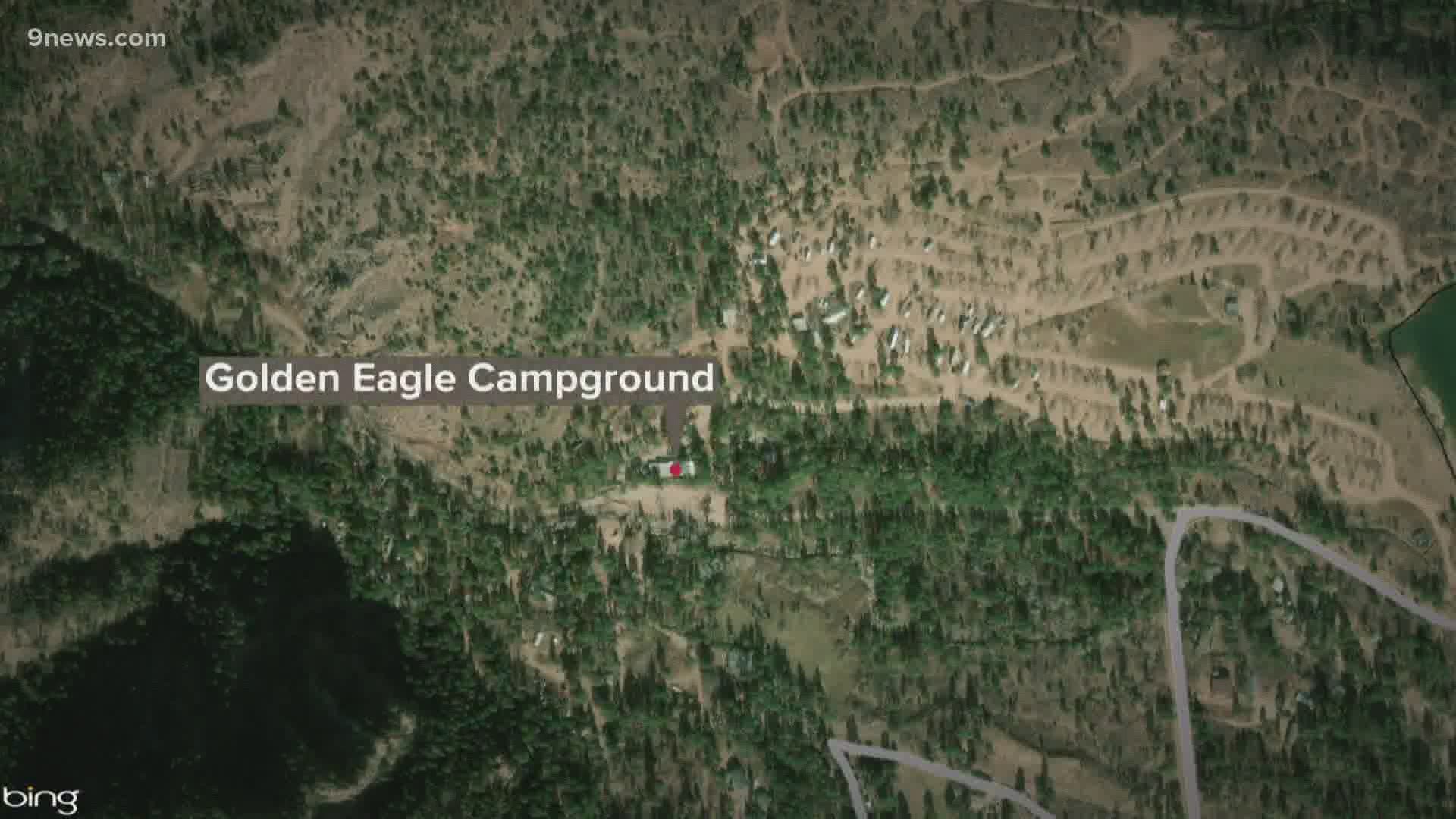 COLORADO SPRINGS, Colo. — Colorado Parks and Wildlife (CPW) is hoping to track down a small bear that pounced on top of a tent where a couple was camping south of Colorado Springs earlier this week.

The incident happened Monday at about 1:30 a.m. at the Golden Eagle Campground off Colorado Highway 115, about five miles south west of Colorado Springs.

A couple camping there was awakened by the sound of the bear rustling around their campsite. Then, according to CPW, the bear stood on its back legs and put its paws on the tent, causing the tent to collapse.

The commotion caused the bear to run off a ways before it turned back and huffed at the campers. The couple shouted and ultimately turned on their car’s alarm to scare it away, CPW said.

> Video above: There were 5,300 bear conflicts in Colorado last year

The couple was not injured in the incident. The altercation caused a rip on the rainfly protecting the tent, but the tent itself was not damaged.

The encounter is classified as an attack because the bear contacted a human, CPW said. Wildlife officers have set a trap in the area in hopes of catching it, and said there been reports of a young brown-colored bear roaming the campground in recent weeks suspected to be the culprit.

If caught, CPW will not euthanize the bear because it was not aggressive toward the couple and because there's not a way to positively identify the bear without hair or tissue samples

Instead, wildlife officials would haze or release the bear into a more remote region.

“By the descriptions of the bear and by studying its footprints, it appears to be a juvenile bear,” CPW Officer Aaron Berscheid said. “Its behavior sounds more as if it was just curious rather than aggressive. There were no food attractants at the campsite. I think it was just a curious young bear.”

CPW said the incident serves as an important reminder to observe Bear Aware rules when camping in bear country.

That means never keep food in a tent or eat in a tent, and to store food and anything with an odor in a bear-resistant container or suspended from a tree at least 10 feet above ground.

RELATED: Tips for camping and hiking in bear country