Bear breaks into house, leaves by breaking through wall ‘like the Kool-Aid Man’

The bear was seemingly attracted to a scent inside the home, and busted through a wall and escaped as officers arrived on scene. 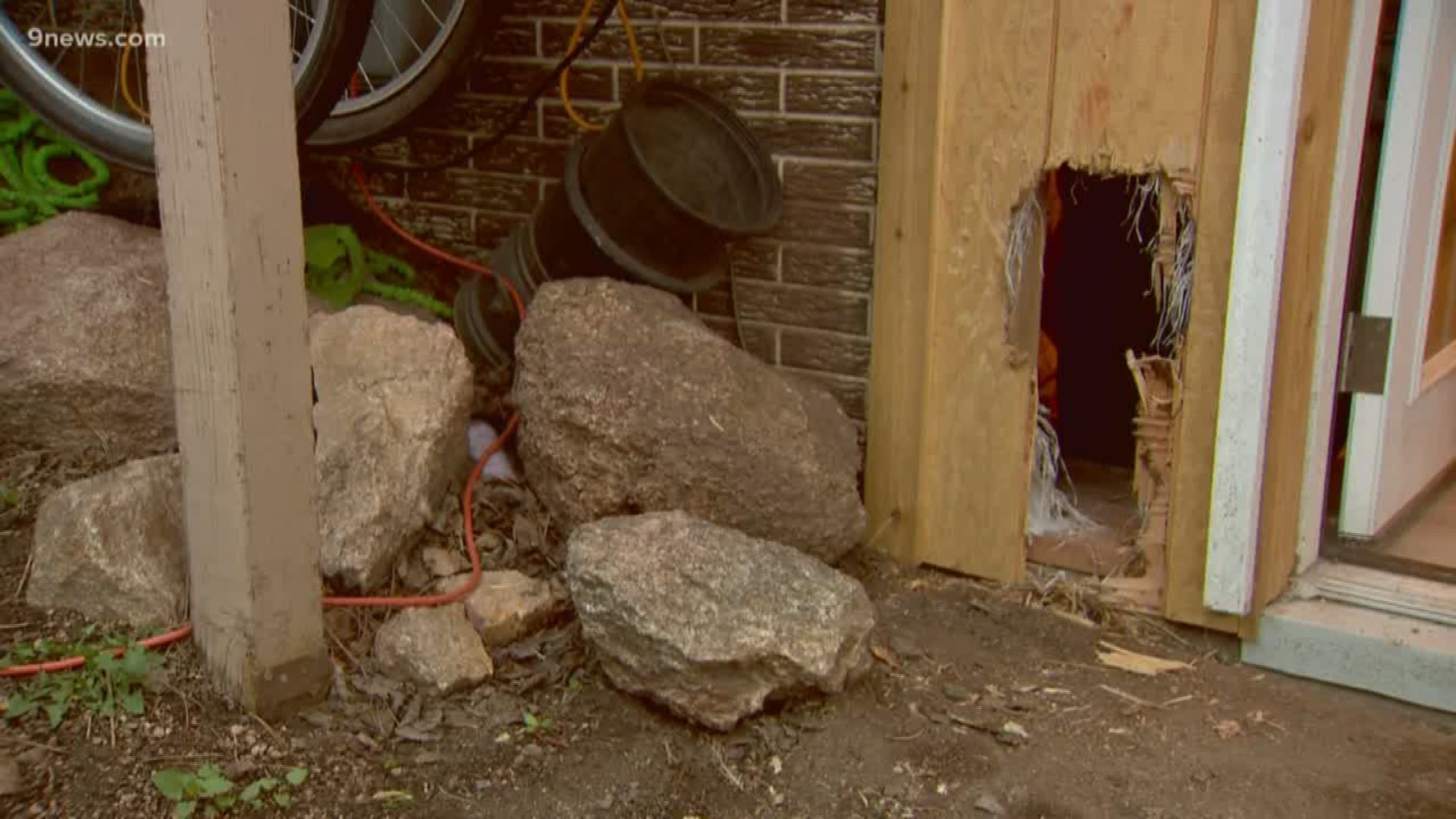 ESTES PARK, Colo. — A bear entered a home in Estes Park on Friday through an open door before making a frantic escape through a wall “like the Kool-Aid Man.”

"What had happened was we had put the trash in the house so it wouldn’t attract the bears and I should have closed the door," homeowner John Sliwinski said

Should have, but he went upstairs for a few minutes instead.

He said the bear smelled the trash, walked in through the open door, and then accidentally closed the door with the trash can, trapping itself inside.

“He was terrified," said John's wife, Lori. "He just wanted what was in the trash can."

Since the door was blocked, the bear began scratching and chewing it's way through the wall, eventually breaking through like the "Koolaid Man," according to Estes Park Police.

Colorado Parks and Wildlife (CPW) is encouraging residents in the area to close and lock all doors and windows to homes and vehicles.

"For your safety, and the lives of these bears, PLEASE close and lock ALL windows and doors to your house and vehicles,” the Facebook post says. “Make it a routine to check everything is closed up before you go to bed or leave the house to do errands.”