Officials said since the bear has shown aggressive behavior and has become human food-conditioned after eating from trash cans, it will be euthanized once caught. 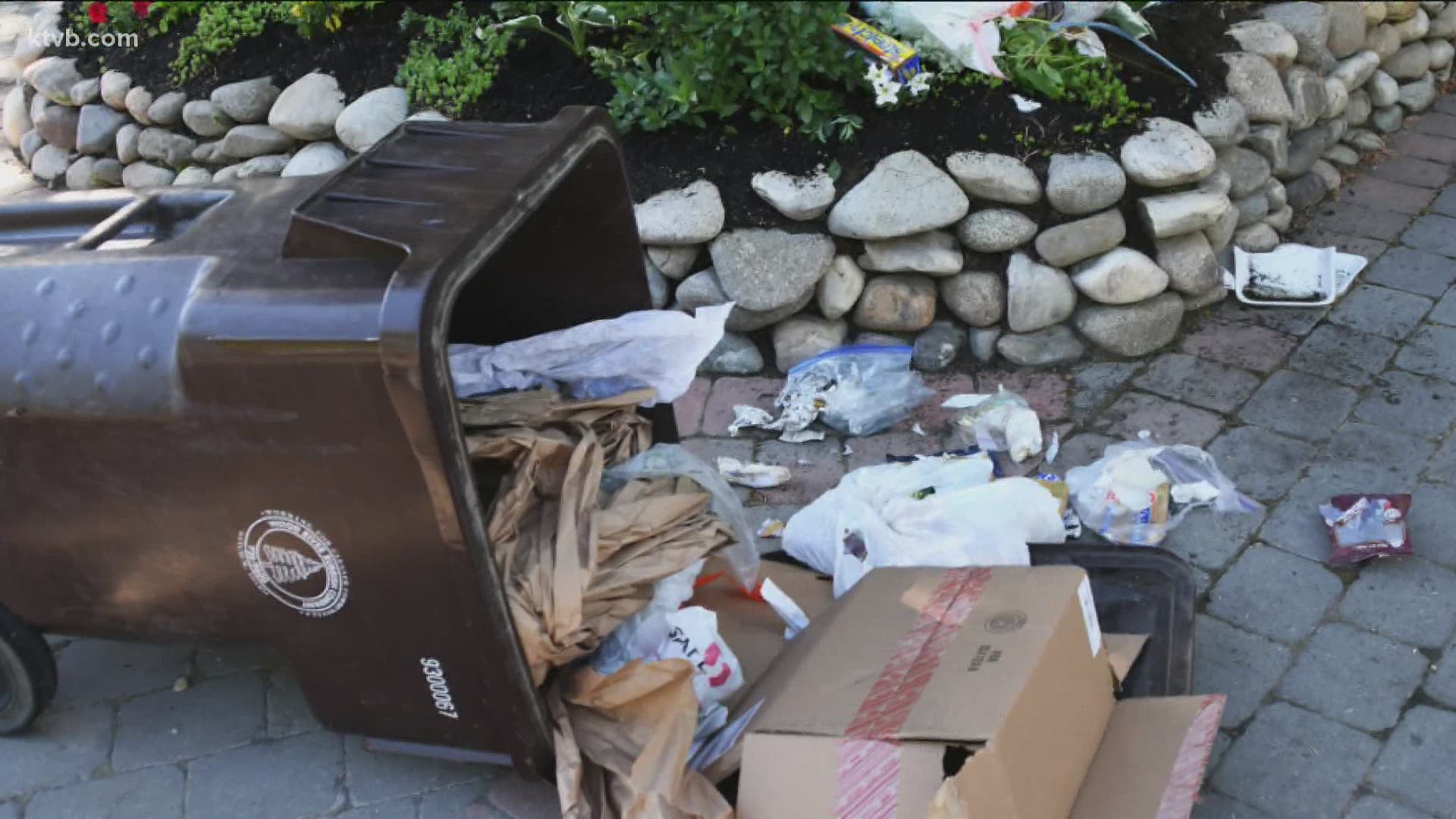 KETCHUM, Idaho — A very large black bear has been spotted wandering a neighborhood in Ketchum, even coming face-to-face with two women.

Fish and Game officials said the bear is aggressive and food-conditioned and has been scrounging for food in garbage cans in the area of lower Warm Springs.

One woman unknowingly came upon it late Wednesday night while she was walking in her neighborhood.

The night before, another woman was out walking, armed with bear spray and a headlamp, and also crossed paths with it minutes after leaving her home.

The bear exhibited aggressive postures and vocalizations and even charged at her, forcing the woman to run to a neighbor's home for help. Fish and Game officials said the attack happened so quickly, the woman did not have time to pull out her bear spray.

The woman did not suffer any injuries and was not physically harmed by the bear.

Officials said because the bear has shown aggressive behavior, it will be euthanized when it's trapped.

"The last thing we want to do is euthanize bears" Conservation Officer Brandyn Hurd said in a statement, "but once we have a bear that is showing no fear of humans, and that acts aggressively towards people the outcome is clear that we must take action to protect public safety."

Fish and Game is asking residents to wait to put their garbage cans out until the morning of pickup, which they say is like setting the dinner table for wildlife.

"Over-filling carts with garbage is also common, which allows easy access for animals to get a food reward," officials said in a statement.

The owner of Clear Creek Disposal, Mike Goitiandia, said that the dump trucks don't leave until 7 a.m. so residents have plenty of time to take their trash cans to the curb the morning of pickup day.