'It is working for us': Grant High School led the way with all-user bathrooms

Gender-neutral bathrooms are coming to Lakeridge Middle School, but there is a petition to halt its construction. 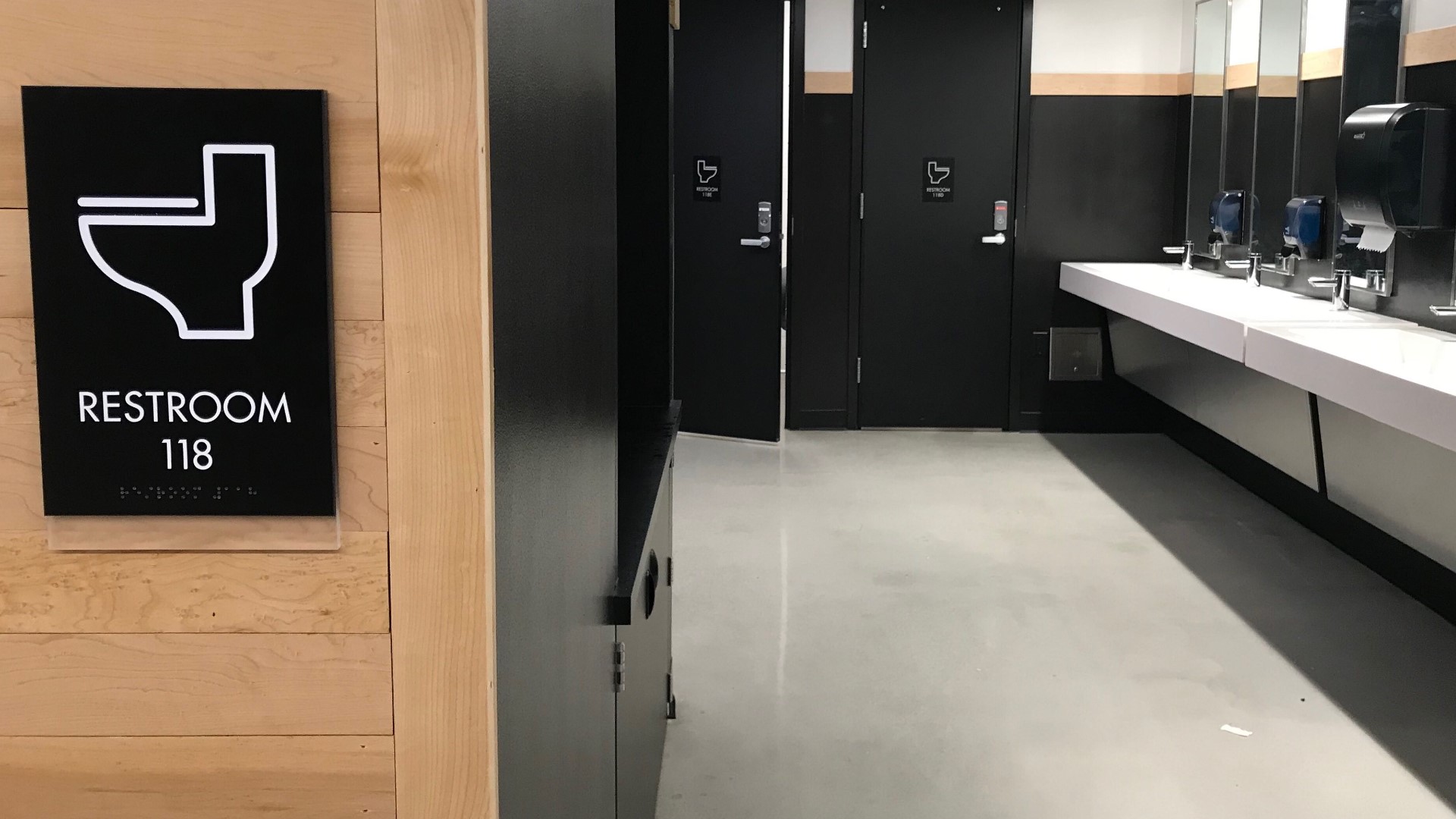 The school is being re-built and will open in the fall with gender-neutral, all-user bathrooms.

As of Friday, more than 800 people have signed an online petition trying to halt design plans before construction finishes in the fall. Not all of them are parents at the school.

As we learned, a couple of schools in the Portland metro area have these types of restrooms. Grant High School in Northeast Portland is one of them.

When Portland’s historic Grant High got a facelift, they got a chance to start fresh and redesign their building and approach to education. They moved into the future which included Grant High opened up in the fall with all-user, gender-neutral bathrooms.

We wanted to find out how those all-user bathrooms are working for the Grant High community.

Granted, Lakeridge is a middle school and Grant is a high school so kids are at completely different stages in their lives.

“I feel really fortunate we were able to do something that was really forward-thinking. I mean this all came about four or five years ago when we started talking about it and at that time there was no one really that was doing this,” Grant High School principal Carol Campbell said.

Grant High has all-user, gender-neutral bathrooms on every floor and wing of the building.

“They’re on corners so you’ve got an opening here and an opening on the other side as well so you can pass through the restroom itself,” Campbell explained as she showed KGW one of the bathrooms, “The interior is visible from two hallways. Then you’ve got the private floor to ceiling partitions, floor to ceiling doors with an occupied/vacant lock deadbolt.”

Students wash their hands in an open, communal sink area outside the stalls.

You can find the same look in the locker rooms.

Throughout the process, students, staff and the community weighed in on design plans and Mahlum listened.

“We created these spaces based on input from our students. So this was for them,” Campbell added.

“The restrooms were designed to be inclusive and to eliminate any sort of stigma attached and any sort of lack of privacy issues like we had before. And also the other style, the traditional style with an outside door, just lent itself to students maybe in groups going into the restroom and hanging out together because adults weren’t as visible,” Campbell said.

After seeing the stall design, some grant parents worried about bullying, sex, harassment, and drugs happening more inside the private stalls.

But Principal Campbell says, in reality, this new layout is so open, these bathrooms are easier to supervise and there’s less trouble.

Students seem to like them too, more so than the type they’re used to.

“It’s a lot better,” freshman Caden Songstea said, “I think the design just fits a lot better for the kids. You can’t get annoyed and messed within the bathroom.”

“This is really clean, much more comfortable. I actually don’t like going to the bathroom outside my own house and these just feel like a super safe place to be,” junior Celicia Kluthe added.

Kluthe feels they’re not only safe and comfortable for her, but also for her transgender peers. She likes how private the stalls are, and doesn’t mind coming out of the stall and being right next to boys.

If girls don’t want to be around boys, and vice versa, they do still have options. Students and staff can choose the all-user restrooms or one of the unisex single-user restrooms sprinkled throughout the building.

"These are high school kids. So this situation is not the only place they can find if they want to be together and have some privacy,” she added.

“That stuff happens in every school. No matter what your bathroom situation is like they’re going to find somewhere else to do it, whether that’s like outside after school or in the back of the class,” Kluthe said.

Both principals at Grant and Lakeridge tell us this appears to be the future of new school construction.