Kimberly and Zak Cutler wanted to be parents and choose adoption to create their family of six. 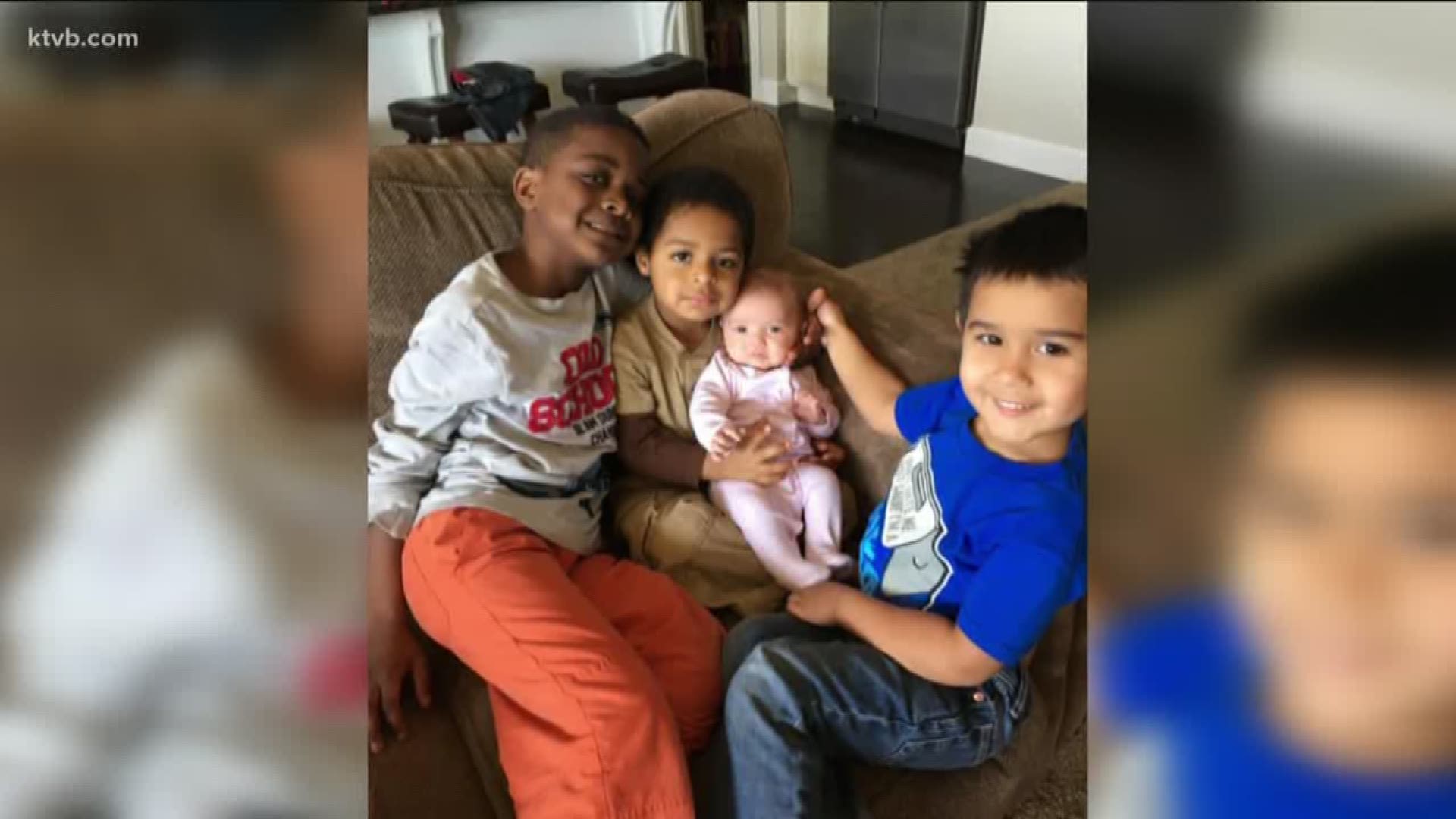 MERIDIAN, Idaho — On any given day there are over 440,000 children in foster care in the United States, and an estimated 100,000 of them are available for adoption right now. This week on the News at 4 we're taking a look at adoption, starting with a Meridian family that has been through the process four times over.

"We desperately wanted to be parents," said Kimberly Cutler.

Kimberly and Zak Cutler had a rough time conceiving. One day about ten years ago they decided to focus on adoption.

"She (Kimberly) got all the paperwork done the very next day," said Zak.

"After we had Owen in our arms, we knew that no matter what the birth story is for kiddos they're yours when they're put in your arms," Kimberly explained. "There's just that bond you instantly connect with a baby."

That connection has been felt four times now. Owen is big brother to 7-year-old Luca, 6-year-old Ryker, and 3-year-old Laurali.

"So we've been blessed four times now with adoption and we've never looked back," Kimberly said.

The Cutlers are also thankful they have semi-open to open adoptions for all of their kids, which means they remain in contact with the birth parents. Although not right, or possible, for every family, it has been great for them.

"I feel like we're very privileged to have any contact with birth families," Kimberly said. "We're very excited and blessed to have them in our lives. It's like having an extended family."

Kimberly says that extended family has never been kept under wraps in their house either. In fact, they sit around a dinner table with artwork on the wall reminding them how their family came to be. You see Kimberly and Zak with their four kids, but also shadows in the background symbolizing the birth parents.

"I think it's a good example of what adoption really is," Kimberly said. "We're just really fortunate that it worked out four times over and we're beyond blessed."

The Cutlers say they have been grateful for support groups offered in our community to help navigate adoption. They even speak at one now. You can find more information on support groups and adoption below.