Michal Ann Watts has been farming her entire life. But over the past year, she's watched a special friendship form that's like nothing she's seen before. 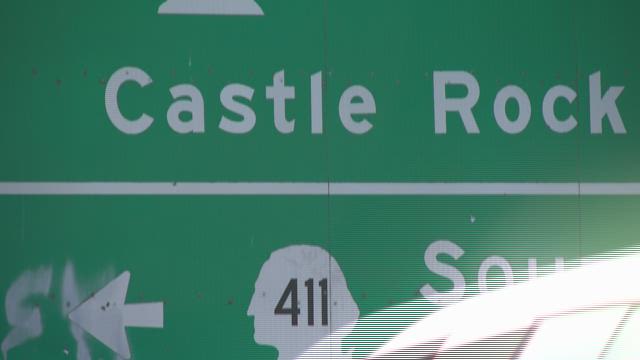 CASTLE ROCK, Washington — In the small Washington town of Castle Rock, Michal Ann Watts and her husband Brian tend to their small family farm off Garlock Road. Michal Ann touts the hometown feel and quality of life as reasons why she's spent her entire life here.

"It's the sort of place you want to put your roots down and just stay," she said. "We have ducks, geese, chickens, horses, two dogs and a bearded lizard."

But the newest members of the farm are perhaps some that you wouldn't expect to see.

"When they came off the horse trailer, I couldn't touch any of them," Michal Ann said.

She's referring to eight donkeys they received in July, rescued from all over the country. The Watts operate a satellite adoption location for Peaceful Valley Donkey Rescue, a national organization that rescues donkeys from government lands, abuse cases and overpopulation.

"They're trained and then sent to me to find forever homes," Michal Ann said.

It's a new focus that the Watts have have adopted wholeheartedly.

"They've just kind of been a neglected animal, and kind of misunderstood," Michal Ann said.

Being misunderstood is something that Michal Ann's longtime friend, Catie Graham, knows all too well. Graham said her 6-year-old daughter "doesn't socialize like other kids."

"Keeley is my brilliant, funny, creative, little lady who marches to her own beat," Graham said of her daughter.

Keeley has autism, something her mom says is misunderstood by most people. But the Watts' farm is where an unexpected meeting led to the perfect friendship.

About a year ago, the Grahams came over for s'mores when Michal Ann and Graham both noticed something special.

"All of a sudden, Pancake was right up there wanting some graham crackers and Keeley was just kind of wandering around," Michal Ann said. "She walked up to him put her arm around him and they just started walking. And I thought this is what she needs," Graham said.

As it turns out, the donkeys make pretty good support animals. So, the Grahams decided to adopt Pancake and another donkey, Tug, who Catie said is still a little shy, but he's coming around. While the Watts look to continue their mission of rescuing donkeys and adopting them out to loving homes, the Grahams also want to be a resource for families with special needs, using Pancake and Tug as their animal advocates.

Graham can already see the benefit of Keeley's connection with Tug and Pancake.

"Getting to add this extra element of an animal that is her height and safe and loves the affection. It just provides us comfort that while she likes people, animals are just a whole new level for her," Graham said.

"It's easier to give them away when you know they're going to a good home," Michal Ann said.