Get to know the history of Old Freeze Out Road

There's a turnoff at the top of Freezeout Hill, outside Emmett, which takes you down the original Freeze Out Road. The long and winding road has a unique history. 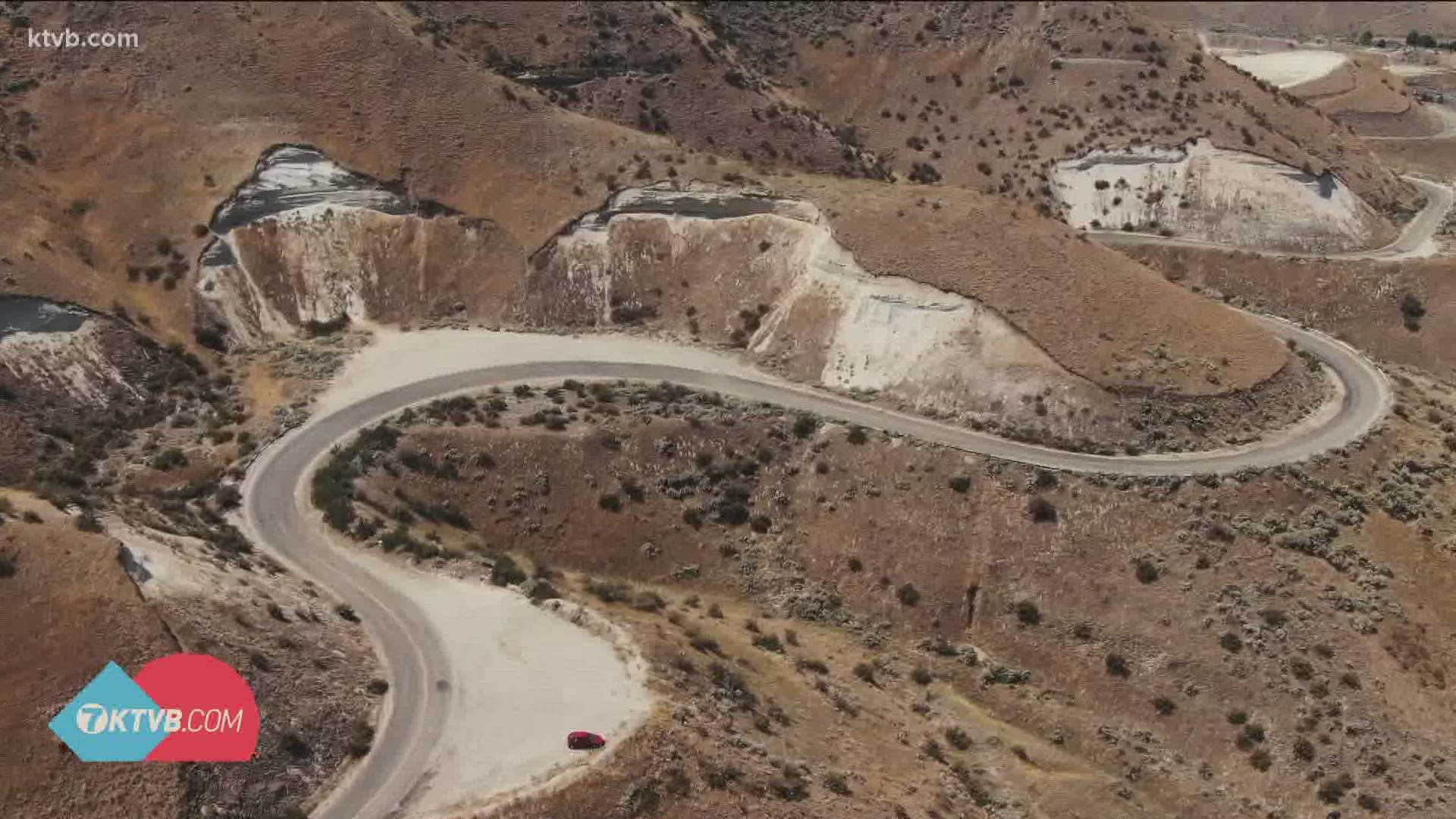 EMMETT, Idaho — Any map today will show you it's an easy 30-minute drive from Boise to Emmett. A straight shot down State Street, or Highway 44, with a sharp turn to the right onto Highway 16. Continue driving straight until you drop down Freezeout Hill into Emmett.

But a little more than a century ago, there were many more turns involved when going to Emmett, and you can still go that way today.

At the top of Freezeout Hill there's a turnoff called "Old Freeze Out Road" - a long and winding road with a colorful history.

The old road has 26 curves.

But don't let the term 'hill' fool you. The guardrails are old, the road surface is not in the best repair, and many people ease their way down it at 25 miles per hour. It's never really been for the faint of heart.

Old Freeze Out Road is actually the third of four renditions of the road. The original pathway down the hillside was part of Goodale's Cutoff, a spur of the Oregon Trail. The second path down was built in 1872 by a man named Baycee. The Old Freeze Out Road you can drive today was constructed in 1919.

The route that Timothy Goodale developed into a pioneer wagon trail was originally used as a pathway by Native Americans.

"Goodale was a frontiersman who developed and explored what we know today as 'Goodale's Cutoff'," explains Carr. "That was part of the Oregon Trail that cut off a lot of the Snake River journey of the trail. It came through Boise, Eagle, across the foothills through Emmett and on through Orchard and up into Brownlee."

Goodall's Cuttoff may have cut time off the trip, but it didn't do much to diminish the danger of the hillside.

RELATED: Get to Know Idaho: The infamous Murphy parking meter

"When Goodale led the wagon train across, they wound up at that point (at the top of Freezeout Hill) and they would block the back wheels on the wagon, which was typical for hills," said Carr. "Then you would just slide the wagon down with the front wheels free wheeling so you could steer it."

A grade that barely made the grade.

"I'm not sure I even want to walk down it, let alone drive an animal down it," said Carr. "It's a little bit scary for me looking down it."

In 1864 a wagon train carrying goods prepared to head down the steep hillside. Doctor Burge and his wife were leading the way bringing a load of glass from Boise to their new house.

"Unfortunately, about halfway down the hill they slid off the trail," said Carr. "and to quote people from the time, 'the wagon tumbled into the valley'."

Not a good trip for the good doctor, or the glass.

The freighters in the wagon train watched the doctor's wagon tumble down the hill and decided to find a better place to descend in the morning.

They spent the night on top of the hill. It was mid-winter and there was no firewood to be found.

The next morning they found their way down the hill and described their freezing night this way: "That is a freezeout hill sure enough. We were froze out of the valley and nearly froze to death." People have known it as Freezeout Hill ever since.

A name that would carry over to the current roadway into Emmett, built by the Idaho Transportation Department in the 1960s.

Wagons are not the only modes of transportation to struggle on Freezeout Hill.

"If you had a model A, you had to have a full tank of gas to go up the hill," explained Carr. "Some of the other older cars, the gasoline was gravity fed, it didn't have a fuel pump. And the outlet in the gas tank was right in the middle of the tank." Leading those older cars to run out of gas while climbing the hill.

RELATED: Get to Know Idaho: The history of Julia Davis Park

As drivers tired of pushing their cars, there was a big push to straighten out the highways, making them more convenient and allowing for more traffic.

In 1928 a memorial was put at the top of the hill. But it was an easy target for vandals. It now sits outside the Gem County Courthouse.

Freezeout Hill is made up of fine-quality silicone sand. There are areas of the hill where the sand has been excavated, cleaned, and shipped around the world to be used in glassmaking, golf course sand traps, and even as an overlay on some beaches.

If you make the drive down Old Freeze Out Road, look at the hillside to see some of the white sand which is being used today around the world. 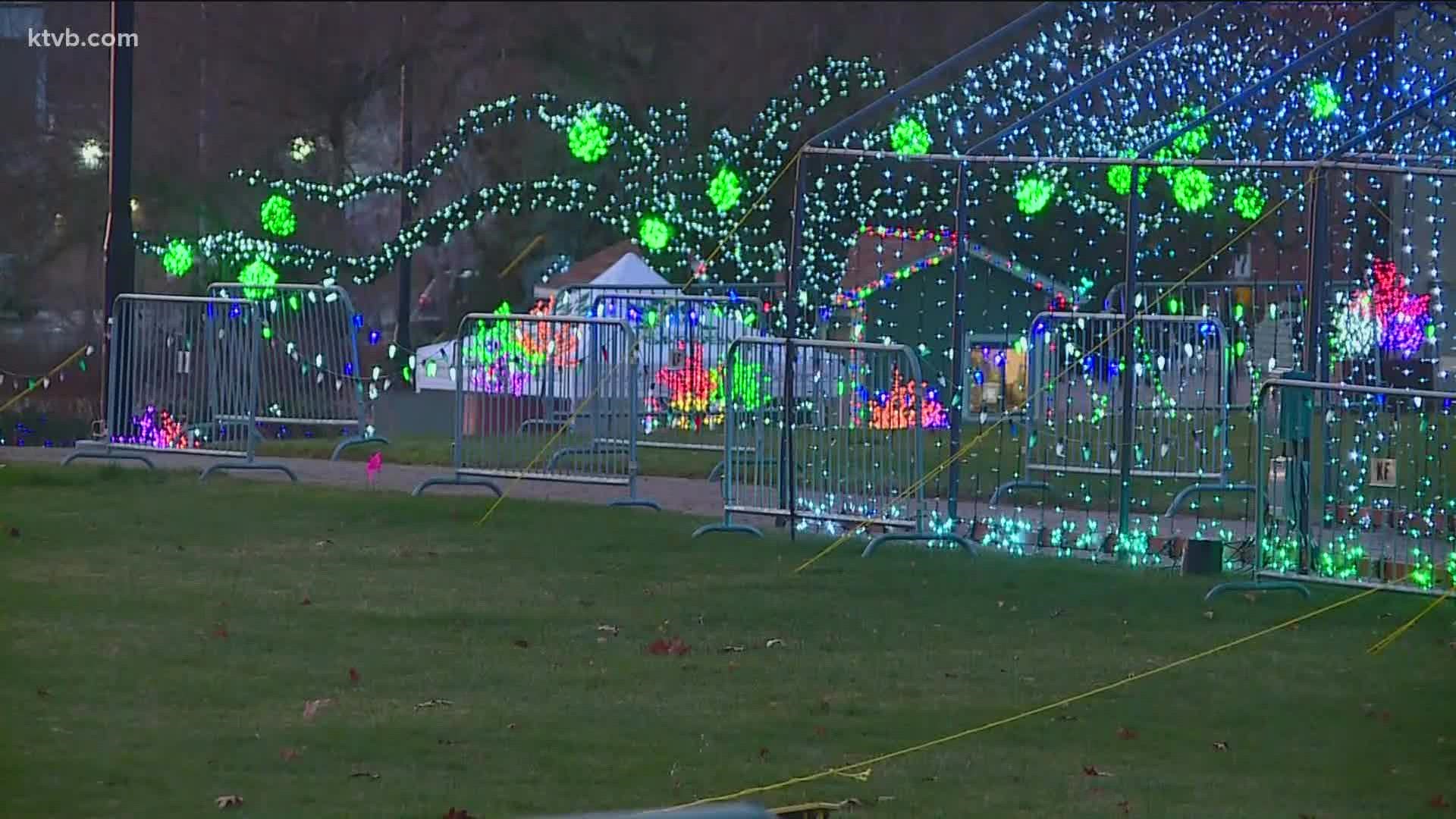