The family of 18 was featured in Sunday's 7's Hero and by Monday afternoon, Tommy Alhquist stepped in to pay for the renovations that the Barrus family needs. 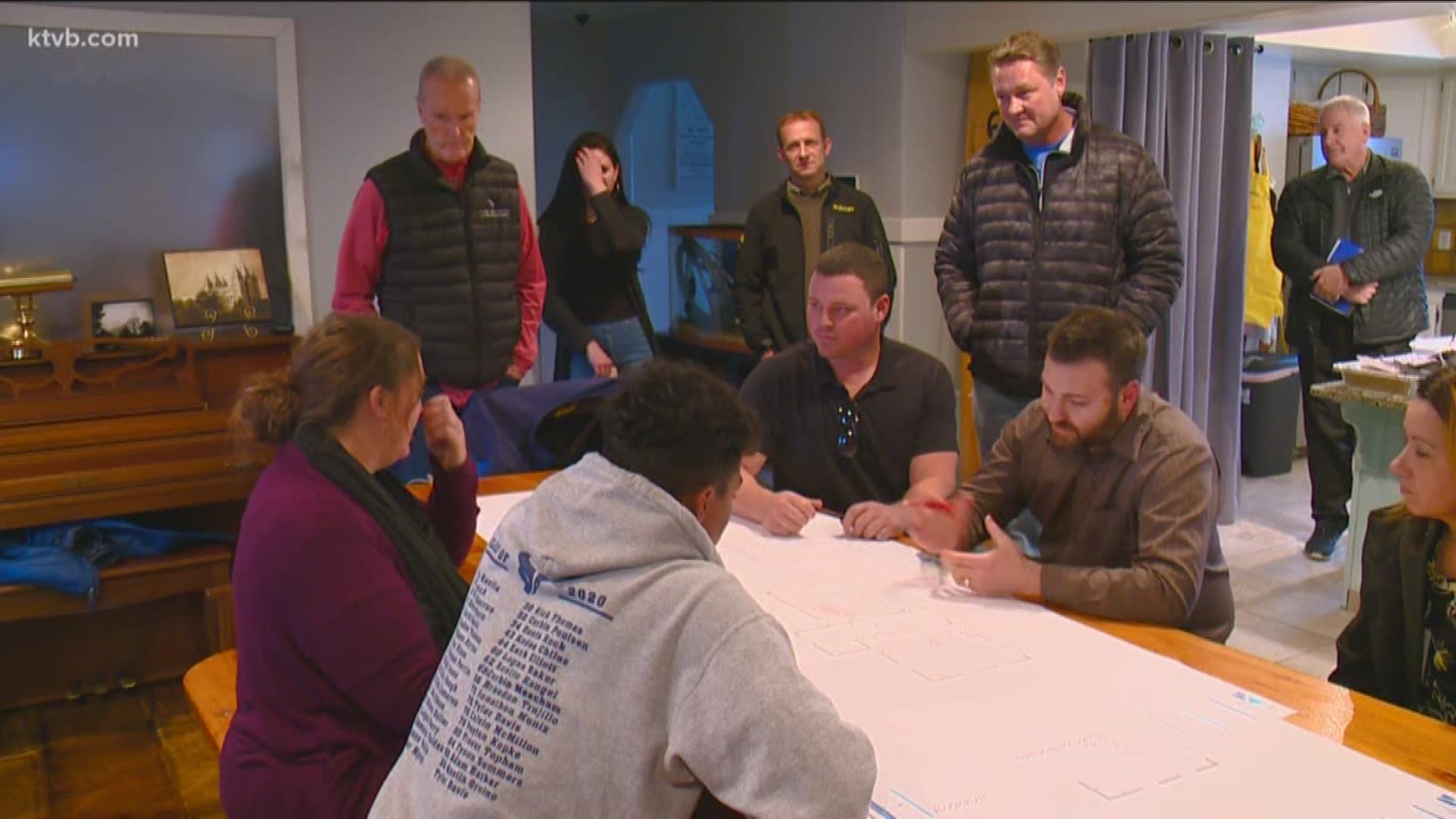 BOISE, Idaho — During Maggie O'Mara's 7's Hero segment on Sunday night, the Barrus Family shared the struggles that the family is experiencing after Ben Barrus was diagnosed with ALS. The family talked about how they needed help renovating their home so Ben could move around it. By Monday afternoon, Tommy Ahlquist, a Boise businessman, offered to pay all of the costs of renovating their home.

The Boise family of 18's story quickly went viral, with KTVB's sister stations from Dallas, Portland, Houston, and St. Louis sharing the family's story. The outpouring of support the family has received since their story was shared has been overwhelming.

"We really appreciate it," Bridget Barrus said through tears. "We've been gobsmacked, flabbergasted, I don't know what the right word is."

Bridget and Ben Barrus have four biological children and have adopted 14 more. Over the years, the family has also fostered more than 60 other children.

After helping so many children with their struggles, Ben and Bridget are facing a new struggle of their own after Ben was diagnosed with ALS. Since ALS is terminal, Ben has one goal left for himself.

"We're trying to make as many memories as possible at this point with the kids," Ben said.

RELATED: Boise family with 18 children is battling a devastating diagnosis and leaning on their faith

Eighteen-year-old Bronx, who is a former KTVB Wednesday's Child, wanted to make that possible.

"We want to make sure our dad can go everywhere in this house so he doesn't miss a thing," he said.

After the family's story went viral, Ahlquist offered to help. He and members of his business - Ball Ventures Ahlquist Development - sat down with the family to design plans that would make their home more ADA accessible.

The renovation plans include adding a new master bath, opening up the kitchen and dining area, as well as a few other modifications. BVA will cover all the costs of the renovations.

"We met the family and then it's just like, okay what can we do because this is just an incredible family that gives and loves," Ahlquist said. "Adoption has a special place in my heart too – I adopted two of my own kids and so we're just glad we can help."

When asked what the price tag for the project is, Ahlquist said it "doesn't matter."

“When you take into consideration that you don’t know how much time he has left, those things don’t matter," he said. "It’s just how quickly can we get this family together and live in a way that he has some dignity and is able to live in a way he can interact with his family and kids.”

Bronx will still get his wish of helping his dad, as he will become a project manager and work along with Ahlquist's team, which includes former Boise State and Green Bay Packers football player Korey Hall.

"It's just a great opportunity for us to get involved and be able to help out somebody in the community. Especially with it being around the holidays it's definitely kind of a heartwarming thing so we're excited to jump in and help," Hall said.

Thanks to Ahlquist and BVA, the Barrus family has one less thing to worry about.

"This disease is just stupid. And to have people offer some hope that at least we can stop worrying about the logistics and start living, we appreciate that," Bridget said.

The development team plans to start construction work on the home after the first of the year and if all goes well, the goal is to have it all finished by early February.

“The outpouring from him and from everyone has been overly amazing," Bridget said. "I can’t even wrap my head around it. It’s just wonderful.”