Niki, 17 at the time, was sailing home with her family after serving six years on mission trips in the South Pacific. 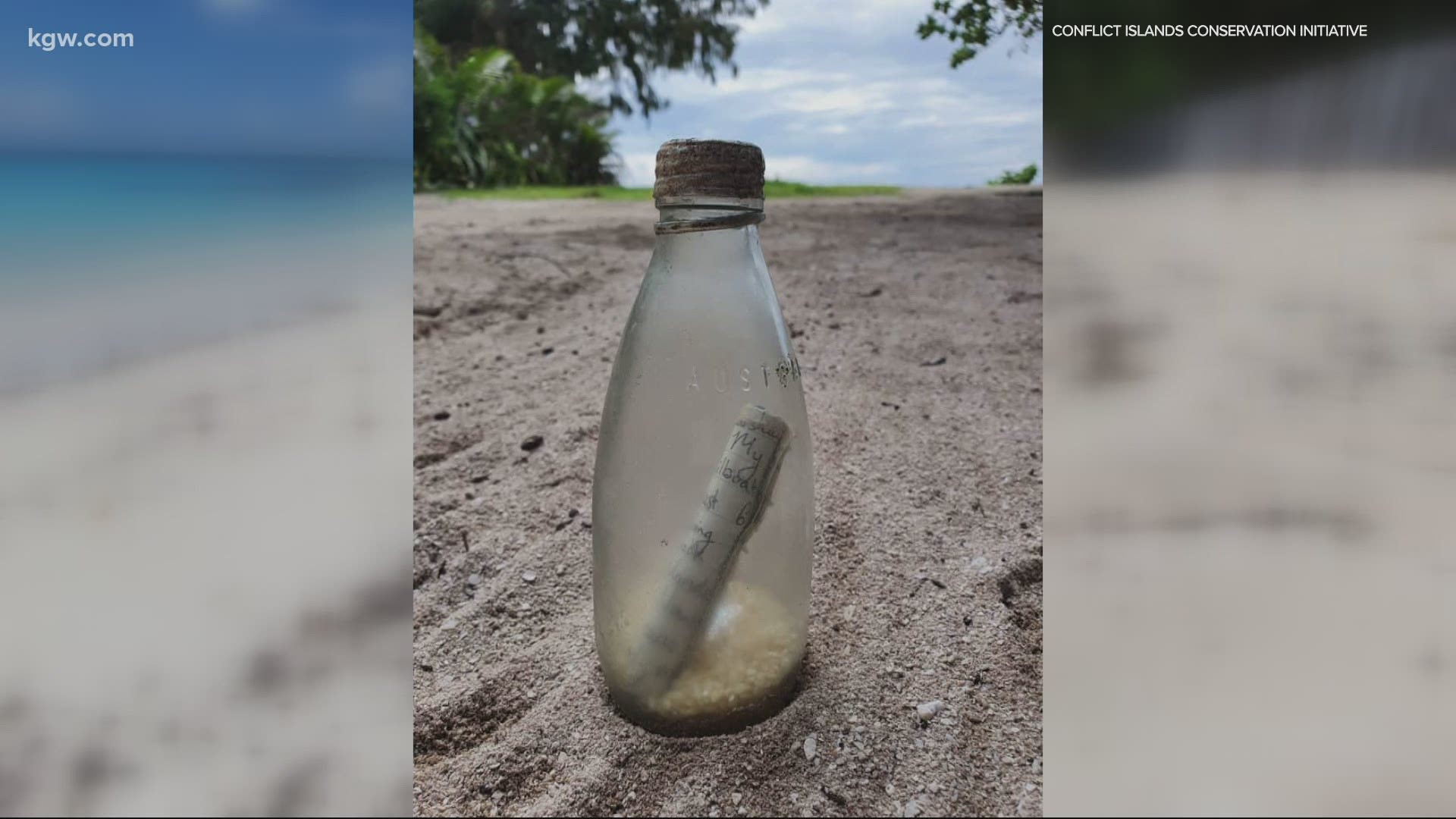 BATTLE GROUND, Wash. — Turns out there are some pretty unique ways to celebrate crossing the equator on the open ocean. You can cross it with your boat backwards, jump in for a swim or toss a key into the ocean.

Battle Ground teenager Niki was 17 when she was sailing in the South Pacific with her family. They had spent the last six years serving mission trips on the Vanuatu Islands.

Niki had another way to celebrate. She and a friend that was sailing with them wrote a letter, put them into separate bottles and tossed them overboard as they were crossing the equator heading north towards the Marshall Islands.

"We kind of did it as a commemorative, 'Hey. we're crossing the equator' and just because we wanted to. Why not, let's see what happens. It was kind of an adventure," Niki said.

Fast forward nearly two years and over 1,200 nautical miles to the south, Niki's bottle washed ashore along the beach of Panasesa Island off the coast of Papua New Guinea.

"For it to land in Papua New Guinea was pretty amazing because we have so many friends that still work there. So many connections, so many great memories," Niki said.

The glass bottle Niki's letter was in was unbroken and was found by Conflict Island's Conservation Initiative's ranger Steven Amos.

Amos was cleaning up the beach of trash that washed ashore when he said the glass bottle stood out to him. Amos said he and his group collect more than two tons of trash every year on the beaches of the Conflict Islands.

The conservation group posted the letter on Facebook, trying to track down Niki and within hours, the two were connected.

"I even put that in the letter, well if anybody's reading this I'm amazed and I'd love to meet you because I never would've thought it'd survive especially in a glass bottle," Niki said.

Pen pals across an ocean

A Battle Ground teen sailing with her family on the South Pacific 2 years ago, dropped a message in a bottle at the equator.

22 months later, it washed ashore on a beach in the Conflict Islands, found by a conservation group cleaning up trash. pic.twitter.com/M1djdKKDiu

Of all the hands it could've ended up in, it's a little ironic it was tossed into the ocean and picked up by Amos's conservation group.

"As far as it getting found by a conservation group," Niki said blushing. "I have to say at first I was a little guilty. I was like oh no, I probably shouldn't have thrown a bottle in, but I figured it was helpful that it was glass."

Niki says Amos has invited her down to the Conflict Islands to learn more about what the group's mission is. She said she'd love to go visit the Conflict Islands some time soon. For now, she's living at home in Battle Ground, starting her first year of college studying psychology.