'You guys are angry': Ada County sheriff's deputy has hilarious run-in with trio of turkeys

The comical confrontation was caught on the deputy's body camera. 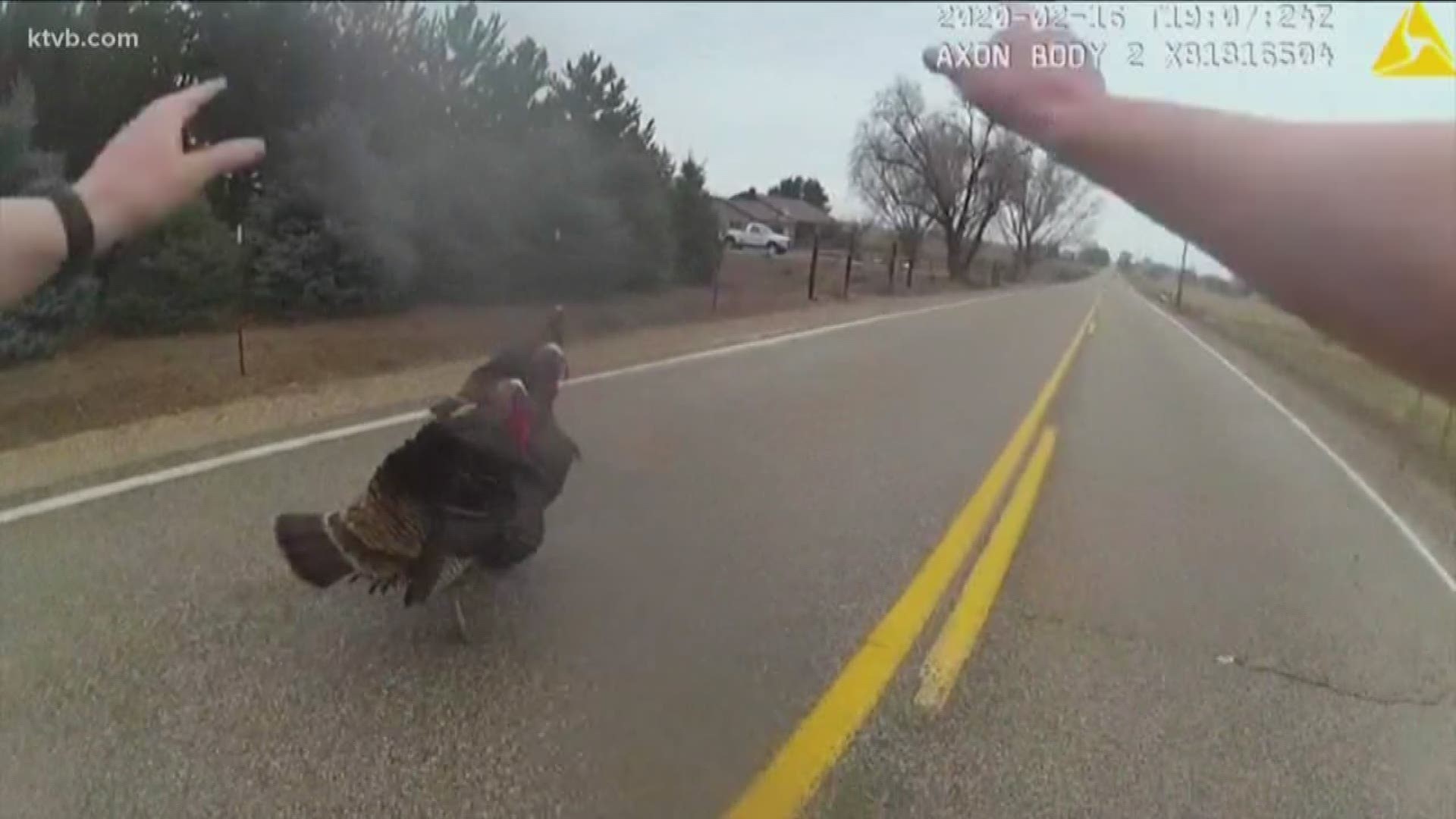 KUNA, Idaho — Ada County sheriff's deputies are no strangers to dealing with people who may be less-than-thrilled to see them, especially during a traffic stop.

But on a recent Sunday, it wasn't a driver who gave a deputy a hard time; It was a group of belligerent turkeys.

Dep. Bryce Bienz had just finished giving a driver a warning on Eagle Road in Kuna on Feb. 16 when three turkeys decided they didn't like what was going on – and were going to let Bienz know about it.

In a Facebook post, the Ada County Sheriff's Office said the turkeys first went to the car Bienz had pulled over. That driver carefully pulled out and drove away, but the turkeys remained on the road.

Bienz decided to shoo them away so they didn't cause a crash, but they really didn't like that and charged him several times, voicing their displeasure with a crescendo of gobbles.

The deputy took out his baton in an attempt to scare the turkeys off the road, but that also didn't work.

Eventually, the deputy gets back in his SUV, leaving the turkeys on the road.

"You guys are angry," he said as he gave up the futile effort.

The entire confrontation was caught on the deputy's body camera. Watch it below and be sure to turn up the sound.