Soon a four-story building will stand on the property housing a Terry Reilly clinic and affordable housing for seniors. 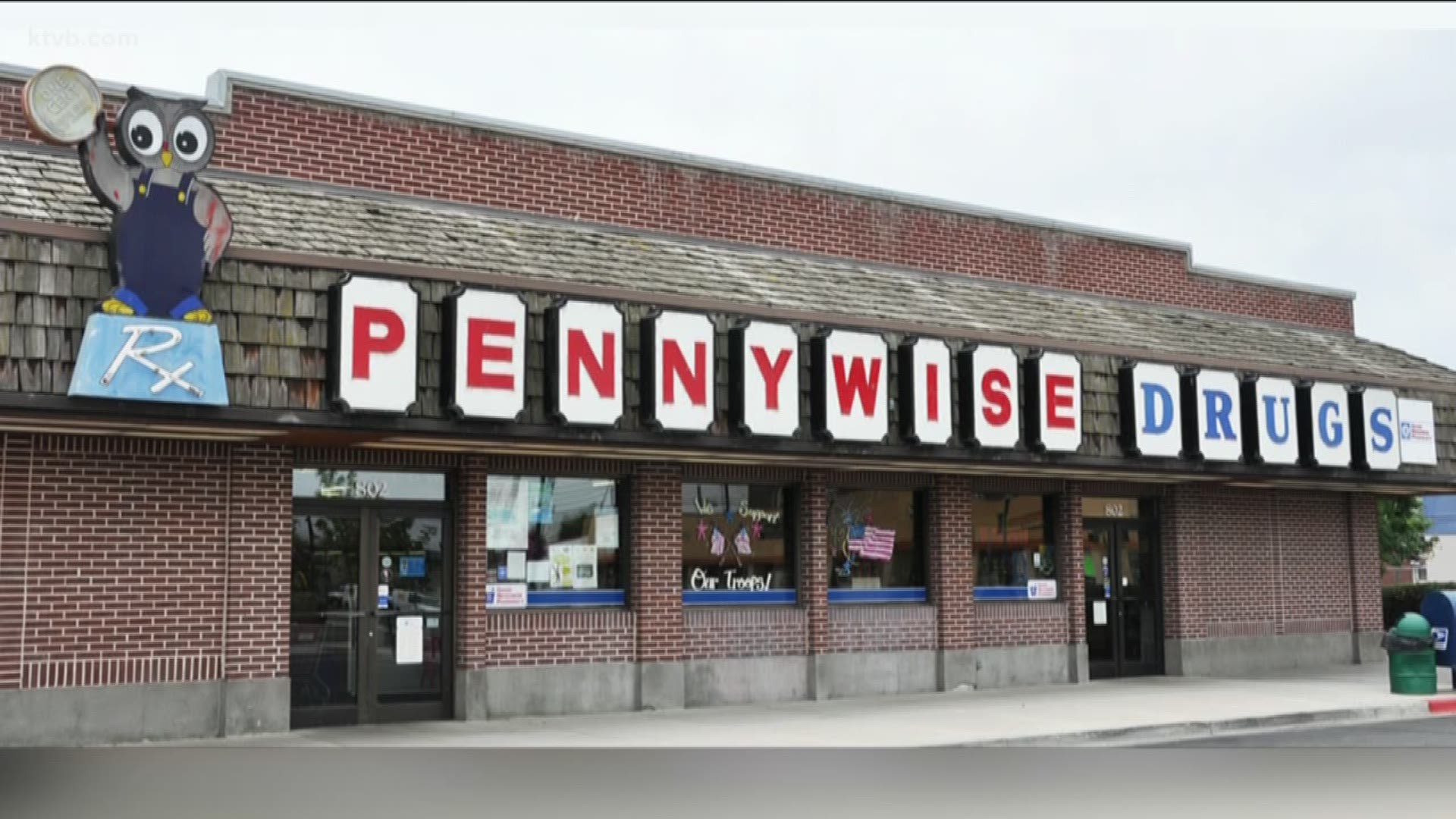 CALDWELL, Idaho — Goodbye to the old Pennywise Drugs store in Caldwell and hello to a new chapter for the property.

Pennywise was around for six decades. It closed five years ago and has sat on the corner of Cleveland and Kimball empty ever since. There are plans, now, to create a new space to address affordable housing and medical needs in the community.

Dozens of people gathered inside the Pennywise building on Friday to share their memories of the store.

"Pennywise was an amazing place," said Rob Hopper, who is the Caldwell Urban Renewal Agency Chairman. "You hear about convenience stores, well, this was really the true convenience store. You could get anything here. It was awesome. As a kid growing up in Caldwell the basement was just amazing. I mean, where else can you go and have a cookie jar, a toaster, fishing lures, and shotguns in the same aisle."

They were sharing because the building is going to be demolished this summer.

"There were some hopes that we could just renovate and carry the property forward, but it's aged and that's really not possible nor does it have the infrastructure for the project we want to do," said Heidi Hart, who is the CEO of Terry Reilly Health Services.

Soon a four-story building will stand in the same place as the old Pennywise. The top three floors will be affordable housing for seniors. On the first floor there will be a Terry Reilly clinic offering affordable medical, dental and behavioral health services.

"When we started talking about what the possibilities could be for a partnership here, for me, it was a no brainier," said Caldwell Mayor Garret Nancolas. "The Terry Reilly services are so essential to so many families in our community. We have a wonderful health system in Caldwell, we do, but it takes all different kinds of health services to make sure we're all taken care of."

The new building is slated to be open next summer with the current structure, full of history, to come down in July.

"I'm glad to be associated with is," said Mike Durning, who is the Caldwell Chamber Board Chairman. "A lot of memories here for me. It's a little bittersweet seeing this building for so many years, but progress is progress and I'm sure Terry Reilly will be as successful in their endeavors as Pennywise was."

The new building will be called Cleveland Square. It's part of the city's goal to revitalize downtown and make it the centerpiece of Caldwell once again.

Before the old Pennywise building is demolished this summer, making way for the new development, the Caldwell Fire Department will use it for training.