Buckner-Webb spent 10 years serving in the Idaho Legislature. She is also a found board member of the Idaho Black History Museum in Boise. 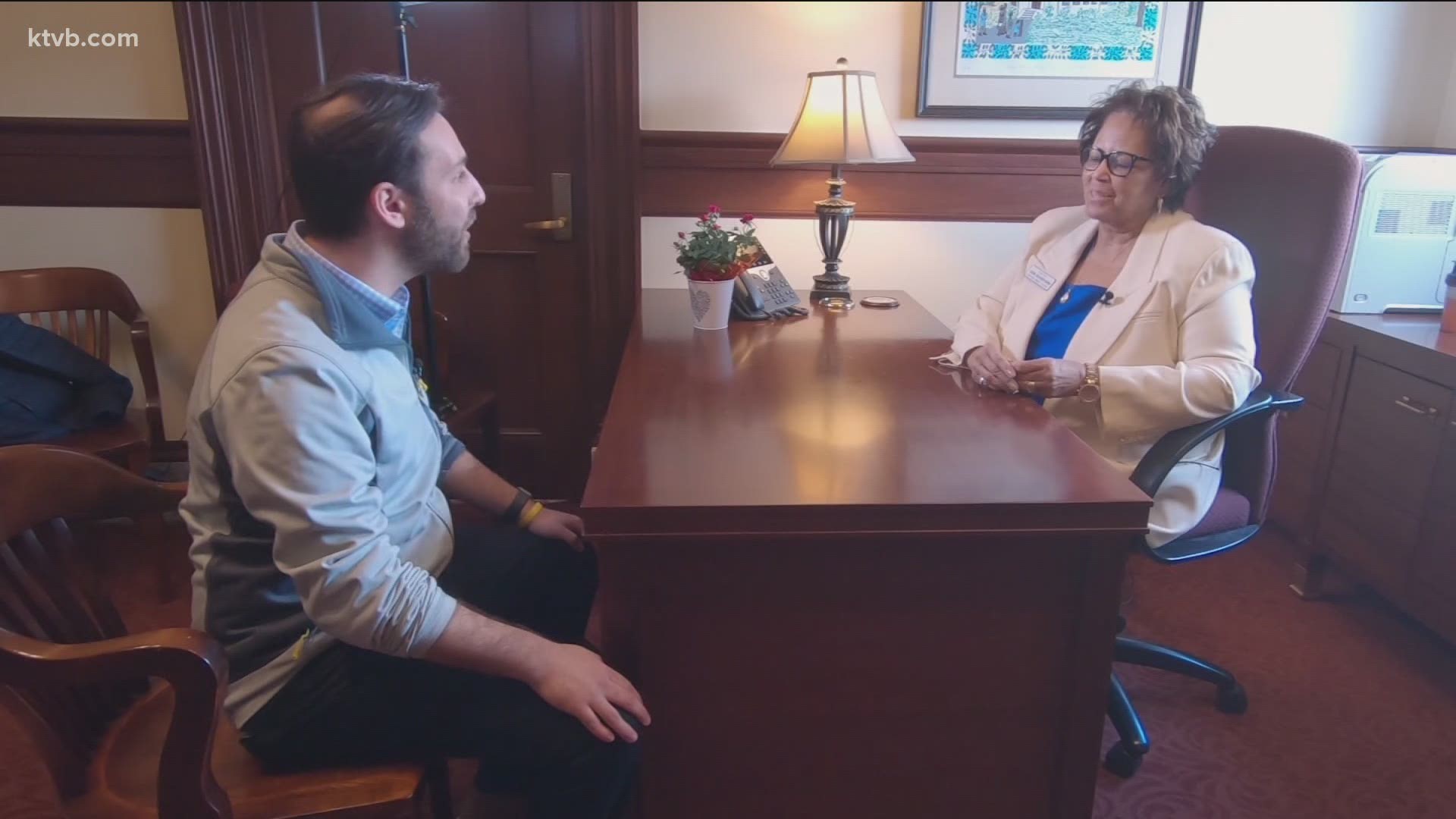 She is the first Black legislator in state history, and a fifth generation Idahoan.

Buckner-Webb spent 10 years as an Idaho lawmaker and just finished her final term last year. She spent two years as a representative in the Idaho House before being elected to the Senate, where she spent the next eight years.

She's also a small business owner, consultant, speaker, and nationally-recognized business professional, as well as a founding board member of the Idaho Black History Museum in Boise.

For the museum's current executive director, Phillip Thompson, this part of Idaho's history hits very close to home because Cherie Buckner-Webb is his mom.

When she announced she wasn't seeking re-election around this time last year, Buckner-Webb told us "my goal is to endow the future to bring along new younger talent, diverse talent and when I say diverse I mean from all walks of life, I'm talking about folks that are ready to look to what the future is like."

And while her work in the Idaho Legislature may have come to a close, her son affirms that she's not done bringing change to the Gem State.

“Mom's done everything and anything there is to do, there's not a fight that she doesn't want to be a part of," he said. "If any group of people is as she says "the one down people," like being somehow oppressed, mom's always on the front line of that fight and the first one to jump in.

“Now that she's on to her next chapter, Lord only knows what she's gonna do. Not political affiliation and that's where the real power lies."

She is the founder and principal of her own firm, Sojourner Coaching, which focuses on organizational development. And as she's encouraged growth and progress in other people. She's done the same for her kids.

“My mom's always kind of pushing forward," Thompson said. "What you're doing is a reflection of what your ancestors did before you. And so like you're not some magical, esoteric knowledge and you've done this all yourself, it's your ancestors and the generations that came before that opened this path that allowed you to even transverse."

Buckner-Webb has also received many awards including the Community Hero Award from Boise State University, the NAACP Heritage Hall of Fame Award, the United Nations Human Rights Award and the Idaho State Historical Society Esto Perpetua Award -- among many others.