Nicholas Kristof also challenged Oregon to do better when it comes to educating its kids. 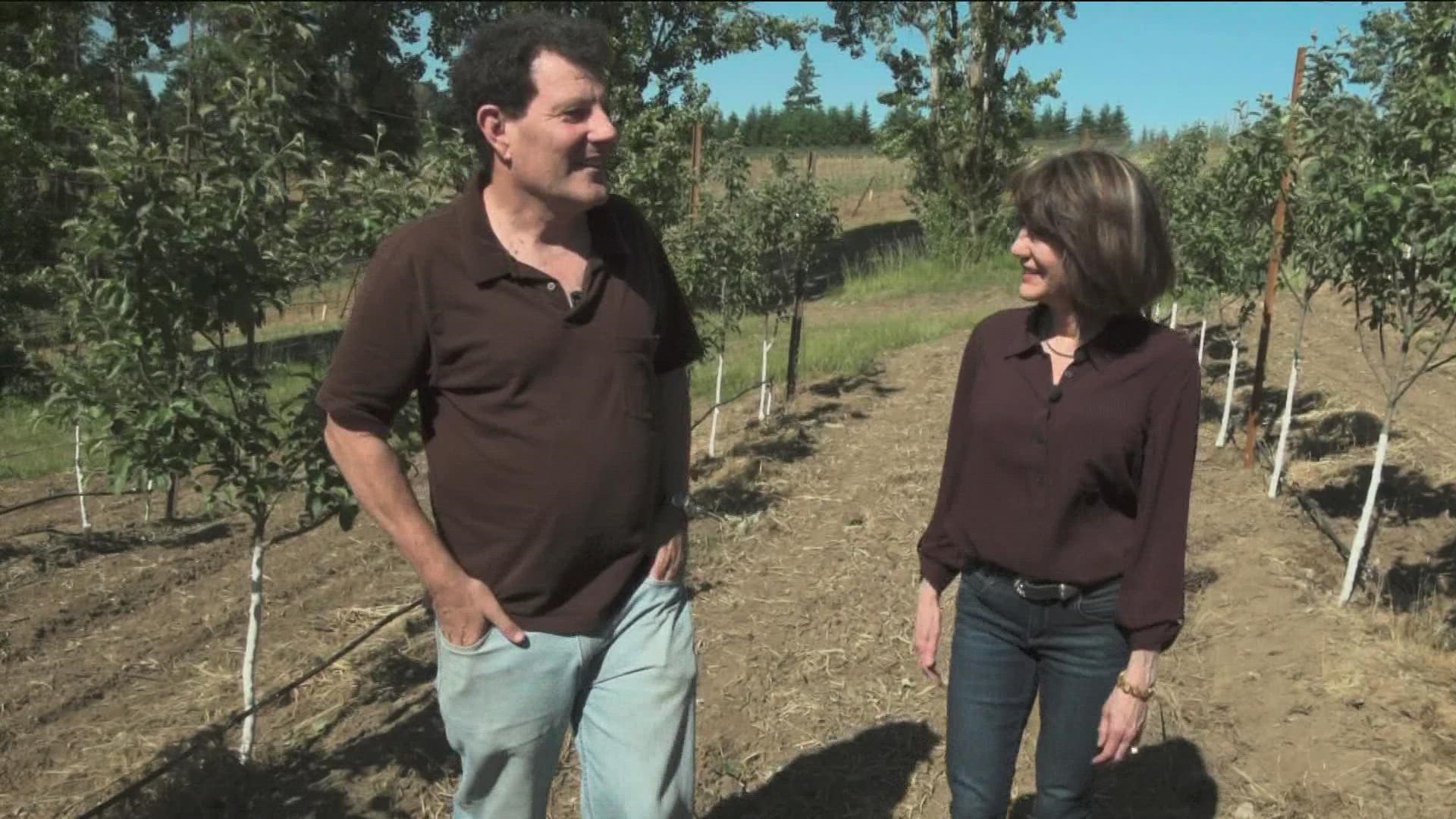 PORTLAND, Ore. — New York Times columnist and author Nicholas Kristof has been called the "Indiana Jones of journalists" for the dangerous places he's reported from around the world; genocide in Darfur, the massacre in China's Tiananmen Square, and war and human suffering in Yemen.
But Kristof says some of the most painful and heart wrenching reporting he's done has been on the struggles and despair right in his own backyard.

In this episode of "Straight Talk", KGW's Laural Porter went to the Kristof Family Farms in Yamhill to talk to Kristof about what's happening in what he calls "the other America," and where he sees hope for the future.

Kristof grew up in Yamhill, Oregon and went to Yamhill Carlton High School.
In his recent book, "Tightrope," he co-wrote with his wife, Sheryl WuDunn, Kristof tells the story of the people he rode to school with on the number six school bus. One third of the kids who rode that old bus have since died from drug overdoses, alcohol abuse, or suicide. Some have been homeless or in prison.
Kristof called it an epidemic of despair. And it's not just in Yamhill. He said communities like Yamhill all across the country are struggling with a loss of blue collar jobs, a lack of a social safety net, and a loss of hope.

Kristof said America has under invested in health care and education for 50 years falling far behind investments made by other countries.

Kristof also challenged Oregon to do better with education, a system he says is failing its students, especially during the pandemic.
He criticized the governor's decision to vaccinate teachers before seniors and then not fully open schools.

"I've got to say the idea Oregon vaccinated teachers and school staff ahead of the elderly, which I kind of understand as an inducement to get schools open again, but then didn't extract a commitment to resume full in person schooling- that seems to be a betrayal of Oregon kids," he said.

Kristof pointed out three-million kids nationally didn't get any meaningful education, either remote or in person during the pandemic.

Kristof said the students without internet access and without family support were hurt the most.

"The kids in both urban and rural areas who are struggling, they're the ones for whom school is a lifeline and they got screwed over in this system," he said.

And it's not just the pandemic that has caused Oregon schools to fall behind according to Kristof.
He believes 4th grade math scores are an indicator of trouble ahead for the state.

Along with Oregon's shorter school year, Kristof believes Oregon is approaching a point where the education system will impact the state economically.

"Companies aren't going to want to invest here if they can't promise their employees top-notch schools." he said.

Kristoff has traveled around the world and he said it gives him a unique perspective on his home state of Oregon.

"This really is God's country," he said. "People all over the world want to live here because of our natural beauty. But I don't think we have adequately confronted the challenges before us, including education."

A tour of the Kristof Family Farm

Kristof gave Laural a tour of the farm’s new apple orchard and vineyards which the family eventually plans to harvest for hard cider, and pinot noir and chardonnay wine.

While on the farm, Laural got a lesson on driving the Kristof family farm tractor.

Straight Talk is also a podcast.