Idaho's very own World Center for Birds of Prey played a major role in contributing to the success of the conservation of the California condor. 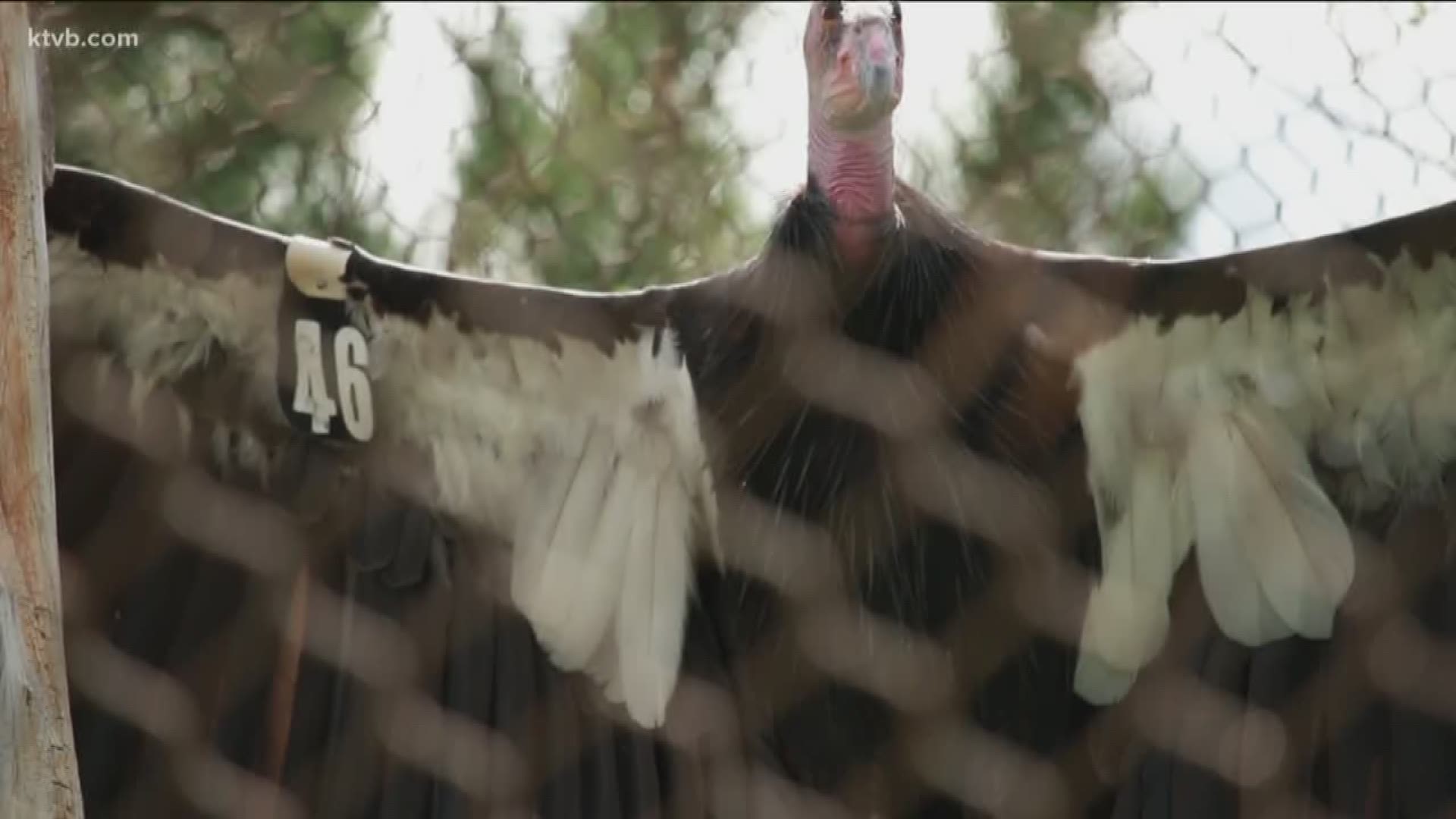 BOISE, Idaho — A local organization is having a global impact, helping to preserve one of nature’s most prehistoric birds.

Idaho’s World Center for Birds of Prey is once again playing a key role in increasing the numbers of an avian who just 30 years ago was almost extinct.

“Just three decades ago there were only 22 California condors in the wild” said Heather Meuleman, Director of Campaigns for the Peregrine Fund.

Fast forward to today and now the world is celebrating the hatching of not only the 1,000 chick, but also the 1,001 chick, remarkably both are in the wild.

The epicenter for this success, Idaho’s very own World Center for Birds of Prey. In the Treasure Valley’s backyard is the world's largest California condor breeding facility with about 60 birds total.

One of the birds from this very program is now living on the cliffs of Zion National Park and is contributing to the future of his own species as the father of the 1,000 California condor hatchling.

“His stud book is 523,” said Leah Medley, propagations specialist at the World Center for Birds of Prey of the newly fathered male condor. Medley actually lives on site at the center and keeps a very close and tentative eye on the animals, especially those in the condor breeding program.

While these hatchlings mark a major milestone for the California condor, the California condor is still listed as an endangered species. Though the California condor is a very large bird with the longest wingspan in North America, measuring up to nine and a half feet, it is still susceptible to lead poisoning. Condors are scavengers and ingest bullets in carcasses left behind by hunters. The next step for the World Center for Birds of Prey, educating hunters on the importance of using non-lead bullets.

“You know, so often conservation seams hopeless, but the reality is we can save species. We’ve done it before and we’re going to do it again,” chimes Erin Katzner, Director of Global Engagement with the World Center for Birds of Prey.

A hopeful statement for a hopeful moment.