The Garden City business recently opened a tasting room so customers can sample their wines. 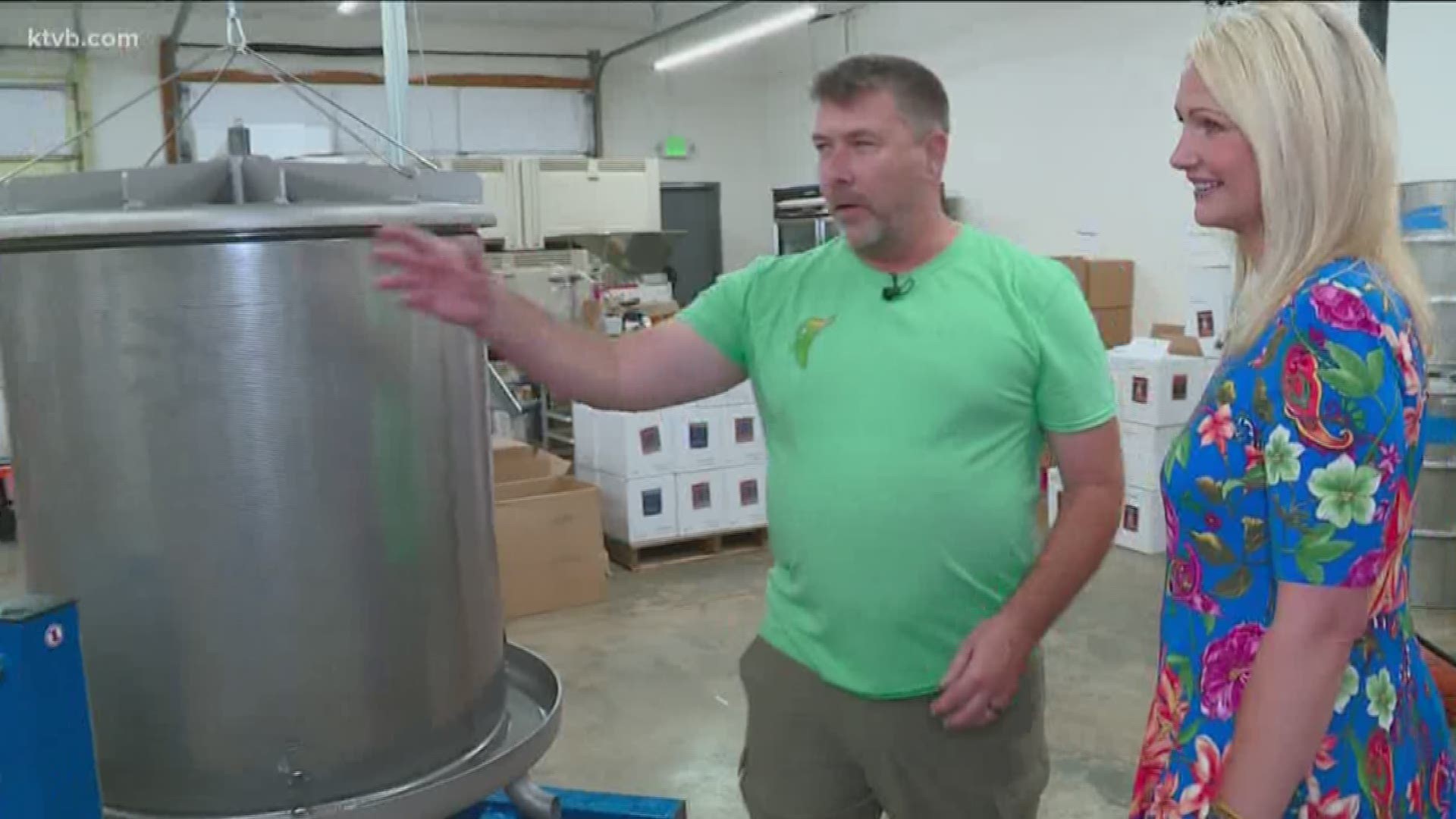 GARDEN CITY, Idaho — On this week's Keepin' It Local we're taking you to Potter Wines in Garden City.

The business has been going since 2012, but only recently opened up a tasting room.

“Crystal you're the co-owner here. So tell me about the idea behind your wines because it's different.”

“Yah, we offer traditional wines, we also have a fun kick to wine, we want people to feel like wine is approachable and it's fun,” said Crystal Potter.

“And you use jalapenos in some of your wines.”

"In the oak barrels, this is how we do our chardonnays," said Von Potter.

"Over here we have our press, we fill this, throw away skins, everything goes in the barrel. And over here is where we make the jalapeno lemonade and put it in the pouches and out to the markets."

"This was your idea to put jalapenos in wine, where did that come from?

“Bad dream. But it was just something fun we had been thinking about and we decided to just go ahead and try it," said Von.

"I told him it sounded terrible and he said, ‘OK great I'm gonna do it.’ And he did it and like six months later, it doesn't take as long as a traditional red or white takes, so six months later he took some out of the barrel and immediately we knew we had something that people could experiment with, whether they were wine drinkers or liked Mixology or Home Chefs, you can just create a lot of different recipes with it, so that's when we took it to market," said Crystal.

"We have a lot of people tell us, ‘I'm not going to try that, I don't like wine,’ and then they try it and say, ‘oh I can drink this.’ So, it's really entry level friendly is what we call it."

"And just recently you got a tasting room so that's exciting.”

“Yah, last November, so right we actually have a place where people can find us now," said Crystal.

"Once they're in the tasting room sometimes they'll be traditionalists and they'll think they'll just stick with the traditional wines but then we kind of coax them and then they say, ‘oh this isn't as scary as I thought.’ And then we get the adventure seekers, a lot of recreational people love our wines because they're in pouches so they can take them, there's no glass."

"And I bet your lemonade one is very popular in the summer.”

“Absolutely and it's versatile, you can mix it with other things, it's low in alcohol, so you can sip on it on a hot summer day and not get too crazy," said Crystal.

"I'll take two drinks of that one."

"Honestly, the people we have met that's probably my favorite part. We get tons of support here in Boise from those who have been here forever who are ready for the wine industry to grow, and we also get support from people moving in, they're just excited this exists and we have a fun approach, so it's been a really fun adventure," said Crystal.

"For those who haven't checked you out yet, what would you say to them to get them to come down and have a sip?”

“Come because, I know it sounds scary, but it's definitely not, it's fun, approachable, there's something here for everyone whether you are traditionalist and think there should not be jalapenos, great we have something for you. But if you want to try something different, we have that too,” said Crystal.