The Schoop family has had a front seat watching the city of Meridian grow. 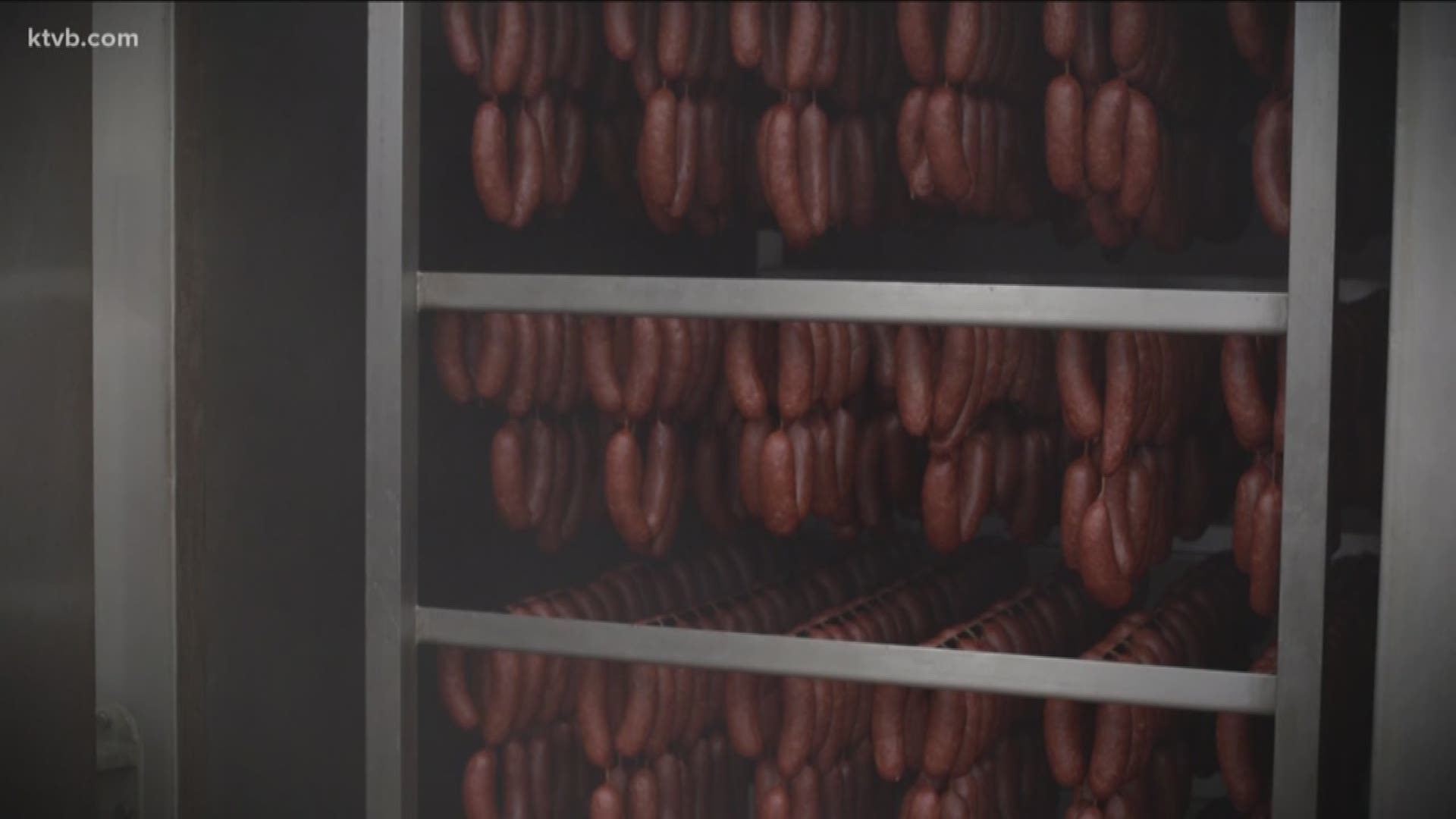 MERIDIAN, Idaho — Renee Schoop of Meridian not only grew up in one of the Treasure Valley’s largest cities, but his father played a role in helping to establish its economy with one of the longest running businesses in the town.

Al Schoop, Renee’s dad, moved to Meridian decades ago barely speaking English and opened one of the areas oldest running business, Meridian Meat & Sausage. The Swiss man worked in other meat-packing plants across the Midwest before settling in Idaho…and we are lucky he did.

Sixty years later, Albert Schoop’s legacy (and recipes) live on with his son, Renee, who now owns and operates the family establishment.

“I bought the plant from my dad in '83. I have had it since then. I have a son coming up and he might take it after me,” explained Renee Schoop.

The building has been expanded three times since its doors first opened and East Bower Street has changed a lot since the business began.

“Bower Street was one of the busiest streets at that time because they had a sell yard up here. Everything was off of Bower Street and it had everything to do with farming” reminisced Renee.

While the art of sausage and pepperoni making has evolved for more efficiency, introducing new machinery and techniques, one thing remains constant -- the Schoops love what they do. It is something Renee’s son Gavin knows all too well.

“I love it. It is an art. Not anyone can do it. It is fun. I get to work with my dad every day and I get to carry on a legacy. So you know, it is pretty awesome” exclaimed Gavin.

Meridian Meat and Sausage has grown over six decades…along with the city of Meridian, and will likely continue to create choice cuts for years to come. It’s just something the Schoop family does.

“If you have your own family business, you sure work a lot of hours. But it is yours. Whatever you have, you work for it. You’ve done it yourself,” stated Renee Schoop.