Keepin' It Local: Couple excited to move into metal container home in Boise

Jo Burgoon and Evan Lynam are very excited to move into their new home made of huge metal shipping containers. 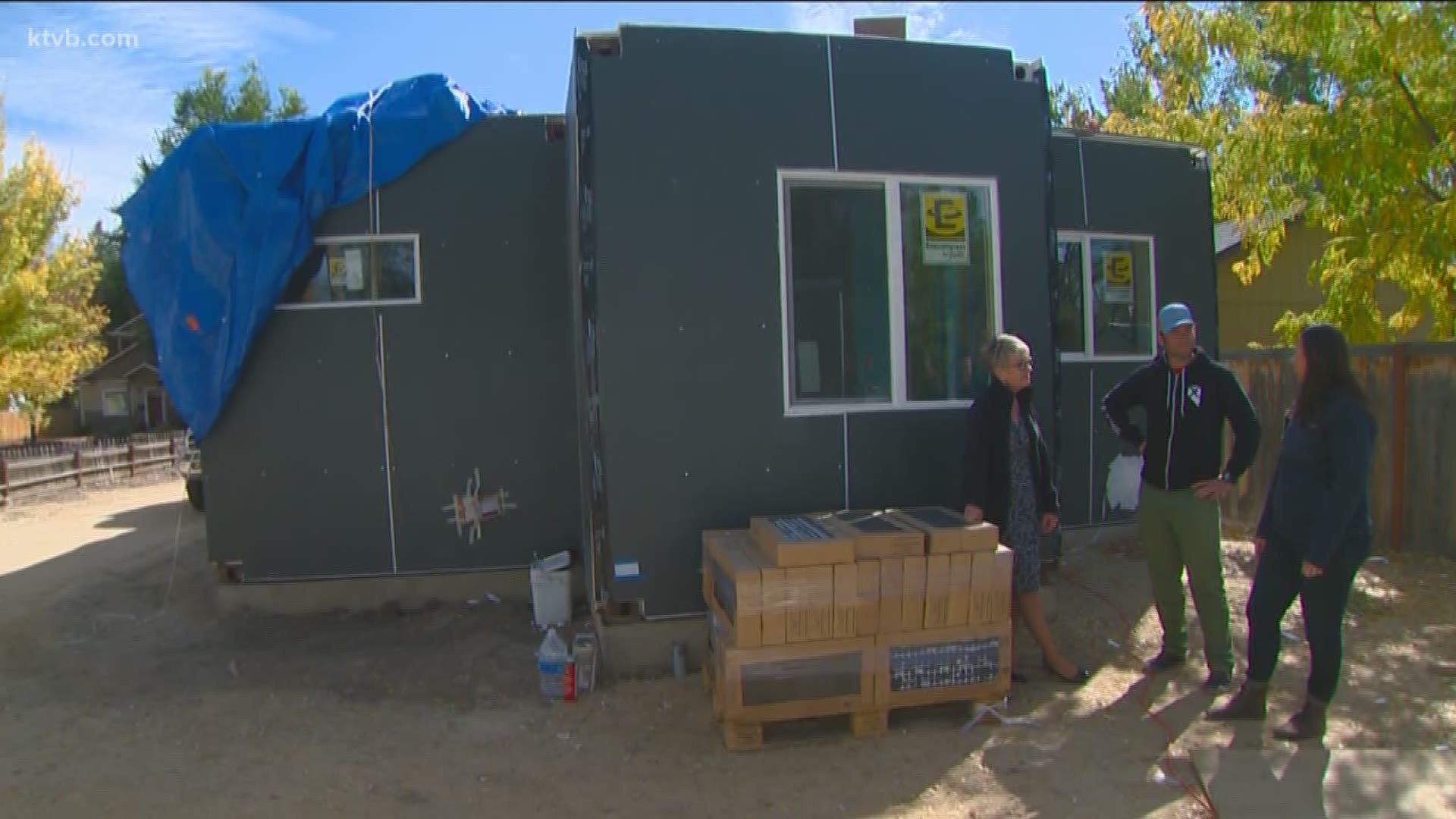 BOISE — Last month on Keepin’ It Local, I took you to a factory in Caldwell where IndieDwell is manufacturing a new type of housing using discarded shipping containers. Those huge metal containers you see on trains and ships taking products all over the world.

IndieDwell founder Scott Flynn says the homes they're producing with decommissioned shipping containers are high quality, healthy, green and at a price people can afford.

His goal is to solve the affordable housing crisis not only here, but nationwide.

“They brought in each container on a trailer and they backed it right up here and the crane was set right here and then he just picked it up and set it down over there, I mean it only took a couple of hours," said Evan Lynam.

But for Jo Burgoon and Evan Lynam those couple of hours followed many months of planning, finding the right piece of land and getting the necessary city approvals for a new kind of home in Boise.

"You know we're just a step or a half a step ahead of what might end up being norm,” said Jo Burgoon. “And with that comes some struggle and some sacrifice but it tends to be worth it. We've never regretted any of our decisions as early adopters."

"When we found out that he was going to use shipping containers as building material we were super excited about being able to reuse something that is basically sitting around and useless," Evan said.

"Just to think about how much is saved in using them and what we're going to be able to do with them and this construction will last the way they're building them," Jo said.

"We're really excited about our kitchen. I don't know that many houses this size have a kitchen like this, upper cabinets and an island here for seating so yea, we're pretty excited," Jo said.

Friends and family have wondered though how the couple and their 6-year-old son will adjust to the smaller space, just about a thousand square feet - half the square footage of their previous home.

"I can't tell you how good it felt to just go through that house and see things that you hadn't seen in a year or two and realize there's no reason why I have this,” Jo said. “Just that feeling of letting go of stuff and realizing what was really important to us and getting to that it was transformational for me, it was a big deal."

And as the finishing touches, plumbing and electrical hookups, the roof and trim work, get close to completion, Jo and Evan are more convinced than ever they made the right decision.

"To realize what's really important to us is spending time together with our son and being outdoors, and so that's why we wanted to move into this house and move in that direction," Evan said.