Keepin' It Local: Re-POP Gifts in Boise is more than just a store

Two self-proclaimed nerds operate the Boise store that reflects their passion for pop culture, local art, nostalgia and an off-beat sense of humor. 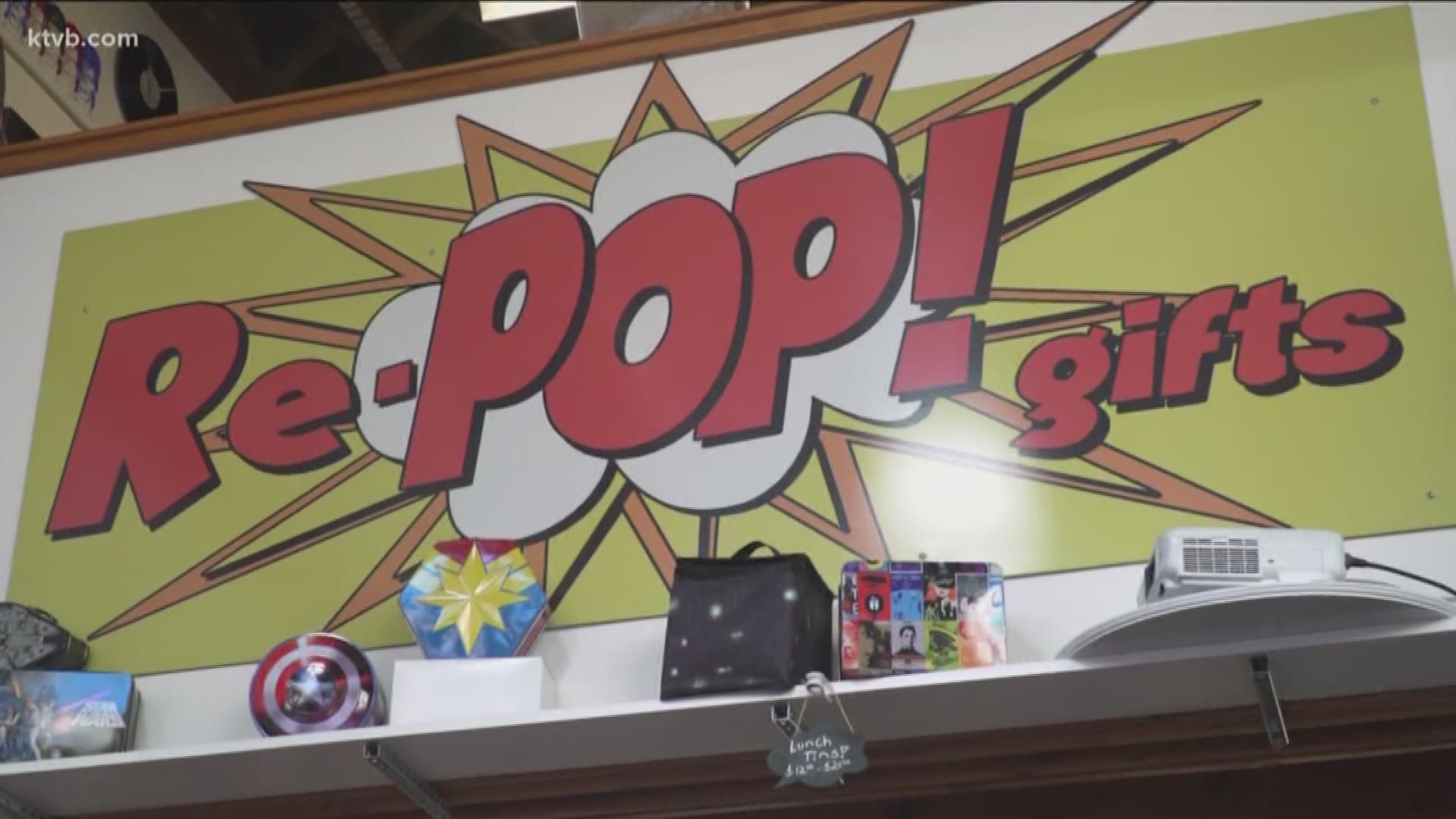 BOISE, Idaho — You my have heard of fandom. It has grown in popularity over the years and it is something a Boise couple thinks is worth celebrating.

Nostalgia mixed with a lot of pop culture, we have a quirky sense of humor and a big dose of local pride. That’s what you’re going to find in one special place.

So, Millie and Barry I know it looks like we are in Stranger Things, you’re ready with your weapon. But that’s not where we’re at. We’re actually in Boise Idaho at Re-Pop.

There are no Demogorgons.

No that’s a good thing, that’s a very good thing. So you guys are fans of fandom, first of all explain, what is fandom?

Fandom is actually a term that’s derived from fans or fanatics, and the dom would be from like kingdom.

So it’s basically a community of fans of different media, whatever they are a fan of.

So it’s basically a kingdom of people that are excited about the same type of pop culture, right? Things that people can really gravitate towards to like Hawkins, and Stranger Things. So, what made you though a fan of fandom?

When I was 10 years old I saw Star Wars right when it came out, so that was probably one of the larger fandoms also with merchandising it because very popular and it’s continued to this day.

Yea, it used to be a little kind of subcult kind of thing but now it’s really growing.

And why do this here though in Boise of all places?

Well, this is our home and what we’ve really done is try to create the type of store that we would want to shop at. So creating a place that’s not just about the retail but it’s about the experience as well. That’s where Barry comes in, he’s really great at creating a lot of the props and scenes that we have that really create more of an experience.

What would you say are a couple of the more popular things that people come in here for?

Oh gosh, probably the hobbit hole and that Tardis.

The Tardis being as it is so big and front and center right in the window, that people see it and they come in just because they see the Tardis, but when they come in they realize we’ve got the hobbit hole and realize we’ve got the Captain Kirk chair, and on the Captain Kirk chair we’ve got a green screen with it so people will take their photos, and suddenly they have a new social media profile picture and that really does draw a lot of people too. We do have over 40 local and regional artists that have work in the store, they are all so amazingly talented creating such really cool things so having their fan art in the store is really, really a great way to support the local artists in our community.

You are two self-proclaimed nerds, explain?

I’ve always been a nerd, I’ve never self-proclaimed it was just who I’ve been, hahaha.

I think one of those things is that being a nerd is acceptable now, people don’t use the term nerd as an insult anymore. Being a nerd is..

It’s a badge you wear with pride right?

Yea! People fly their nerd flags. I mean it goes back to that whole community, it’s a way to connect with other people who have that in common.

Yea it’s being a part of that kingdom like you kind of mentioned. I mean if you guys are nerd I’d say being nerds is incredibly cool.

We think so, it’s working haha.