Stacy Boston says trust in him lead to decades of his dedication. 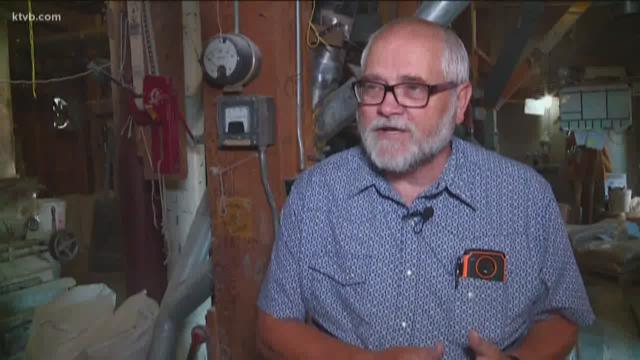 MERIDIAN, Idaho — Idaho families have been going to the Old Fashioned Feed Mill in Meridian for generations. It was founded in 1933 by the Zamzow family and one employee has helped keep it running for the past 44 years.

Stacy Boston is a master at feed formulations, and Zamzows has dozens of them that they make at the mill.

"A poultry line, a swine line, a horse line, small animal line, rabbit and guinea pig," explained Boston, who is the mill manager.

Boston has done just about every job.

"I started sacking feed, I delivered feed in the van, I delivered bulk feed, I've run this mixer," Boston said. "I've worked on a lot of the equipment here."

Boston has been at the mill for so long he feels like it's his.

"Yeah, and rightfully so, I think he's touched every square inch of it," said Jim Zamzow, who owns the mill. "I always said Stacy is like a hen. He protects those babies and that's how he's been with this place. He's really taken good care of it and really protected it."

Boston says his dedication started with an act of kindness. Jim Zamzow's father, Bernard, gave him a Christmas bonus right after starting.

"I went in and I asked Bernie, I said, did you mean to give me $50? I've only been here four days. He said I looked at it as an investment in my future, he says. He says if you treat people right they'll stay with ya."

Boston says he believes that commitment to employees will keep the mill going strong long after he retires.

"I look for it to be here as long as Jim (Zamzow) wants it to be here," Boston said. "(and) I'm sure not going to disappear. I'll miss the people."

Boston says he plans to do a lot of traveling in his retirement with his bride of 47 years. They want to see more of their family, including three kids, six grandkids and one great-grandchild.

He will also be doing some consulting work for Zamzows, because he can't stay away all the time.