Idaho Life: The thread of her heritage

Jytte Mau tried to leave her heritage behind only to figure out it was the thread that made her who she is today. 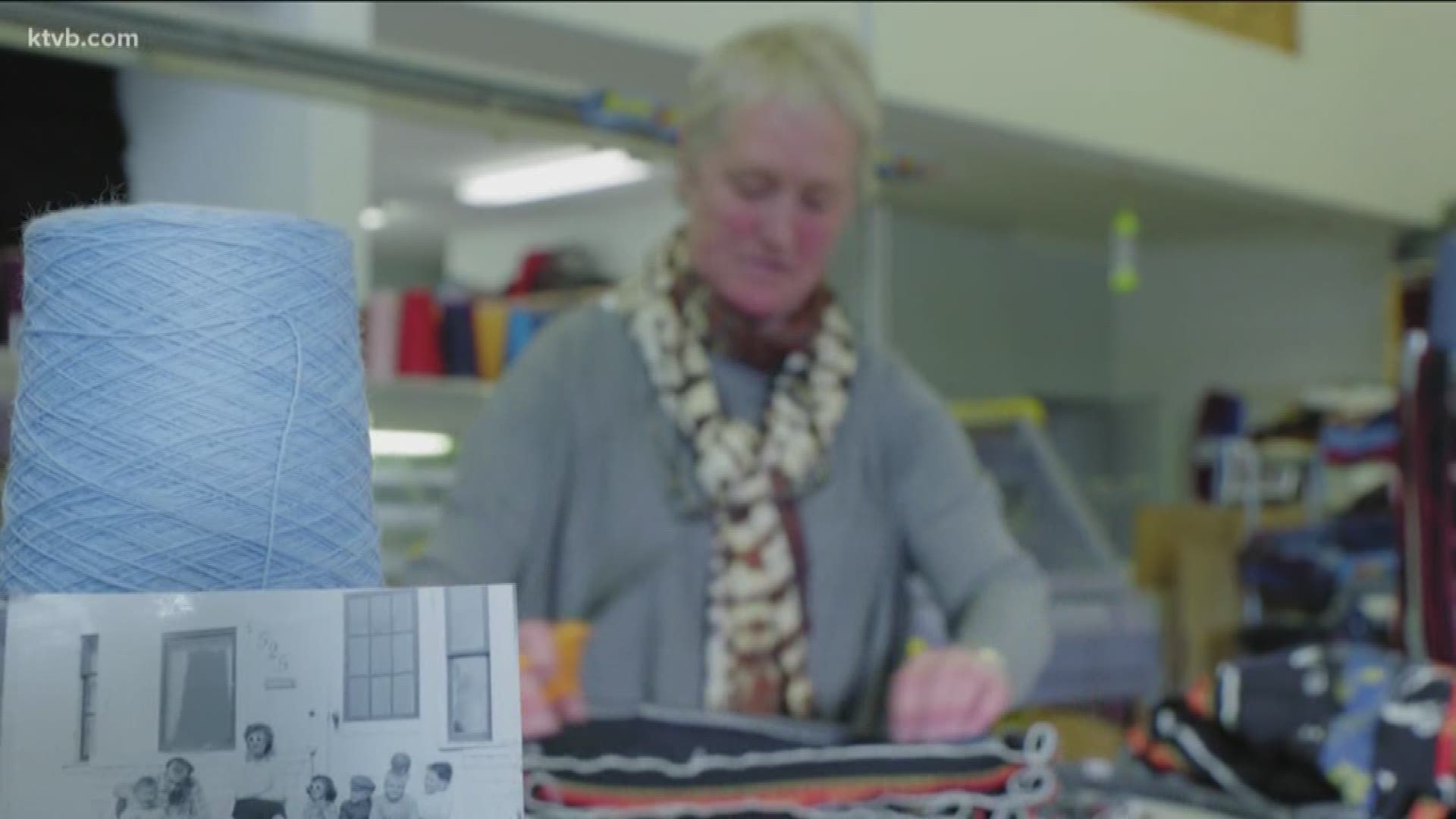 "Oh, I was knitting by the time I was in first grade, for sure," she says, sorting through some Australian merino wool fabric.

These days she has magnificent machines to do her knitting, but the hands-on efficiency helps to make her hats some of the most sought after. The name on the label says it all,even though some can't say it at all.

Jytte, pronounced "you-tay" is Scandinavian, with roots that go back to a border town in northern Germany. In 1957, when Jytte was 4 years old, her family immigrated to Canada.

"That's me sitting there with the sunglasses on," she says pointing at a picture of her family in front of their house in Manitoba.

But they didn't exactly leave the Nordic lifestyle behind.

"You just didn't think about going to a store and buying clothes," Jytte says, who, by the age of 7, was knitting her own clothes.

"Yeah, and being the only girl in the family I got to make everybody else's clothes," she laughs.

But, like a coarse wool sweater, living under a strict, European upbringing rubbed Jytte the wrong way.

"I was expected to marry that boy next door and that wasn't gonna happen," she remembers.

"We had weird names, and my mom had a heavy accent, and we ate strange food," she says.

And in trying to fit in with friends she started saying 'no' to what was expected of her.

"I ran away from home just after I turned 16," Jytte recalls. "And that was that."

She became a ski bum by the age of 18 and found her way to Sun Valley a few years later.

To make ends meet during those early days Jytte started knitting snow hats, a process that took six hours to make just one. But she's been crafting them ever since, turning a one-time hobby into very successful business.

"We do 25 to 50 thousand a year," she says. "I never would have thought I'd be knitting commercially and all over the world."

Even outside this world. Just last week her hats went to the International Space Station with astronauts from the United States, Canada, and Russia.

"It's pretty cool!" she says, humbly.

Closer to home, Jytte has hats to make, the irony of which isn't lost on her. A career built by hand, borne from a rite of passage once resented.

"It's been a funny journey, for sure," she admits.

So what would Jytte tell that 16-year-old who ran away from home and tried to walk away from her heritage?

"I would tell someone to just slow down and take it all in," she says. "And be sure to say thank you for what your parents and what your family's given you. Because it is what's going to make the rest of your life. It really is."

Jytte says the company once employed 15 people but she downsized about 10 years ago to get the focus back on fun and personal attention to customers.

As for those hats in space, she says Anne McClain, the NASA astronaut, called her personally to ask for some Jytte hats for her mission that launched on December 3.