The Filer Cemetery has been around nearly as long as the city itself - more than 110 years. For more than a quarter of that time it's been cared for by one man, the last in a long line of Odd Fellows who have been guardians of the graveyard. 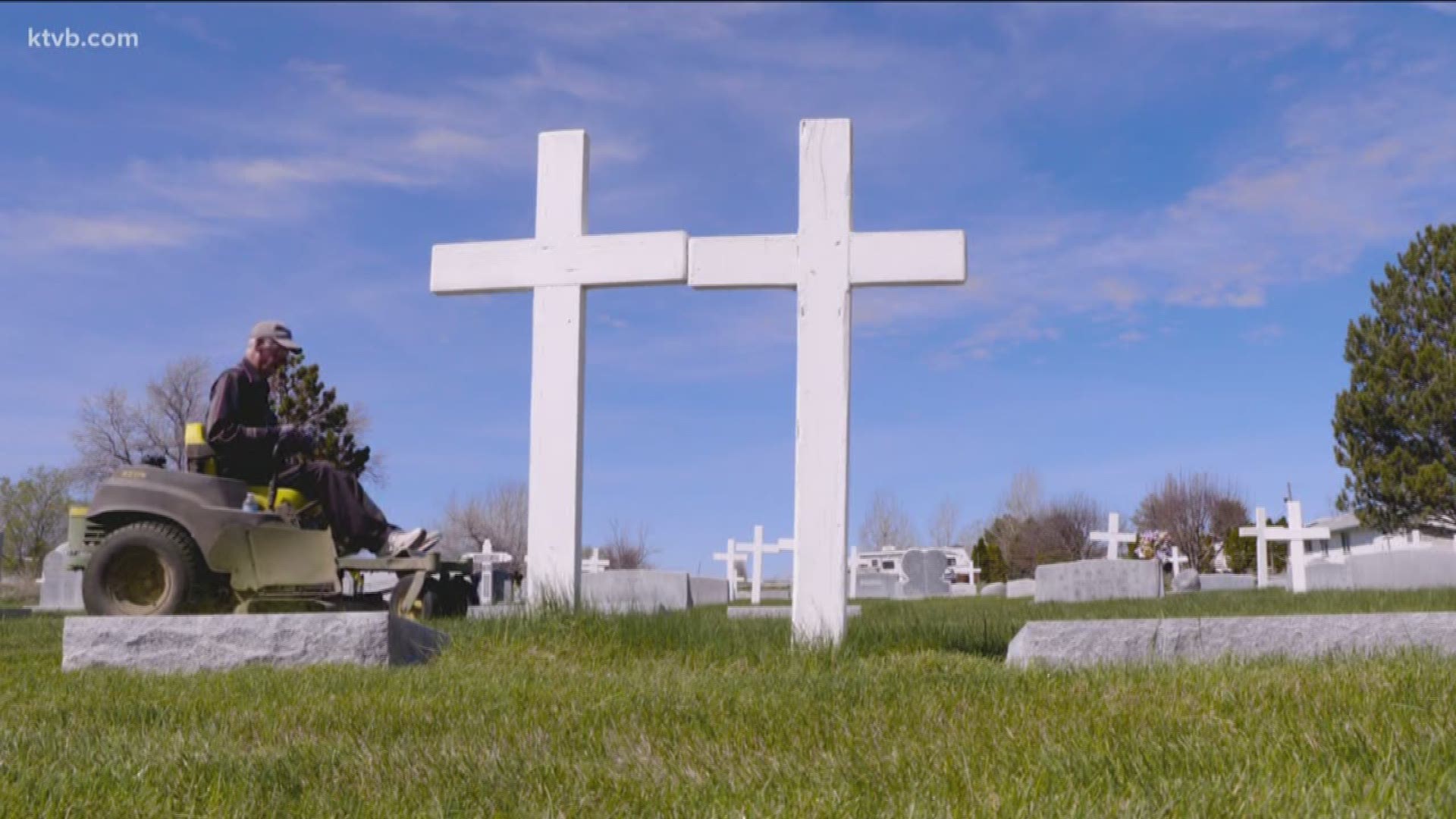 "A nice quiet place in the country," says Tom Lancaster, the cemetery custodian. "That's what it is."

It's God's Acre that is actually ten acres and was originally known as the Odd Fellows Cemetery, a designation that, also, seems like a characterization.

"Well, that means the [Independent Order of Odd Fellows] lodge started this cemetery in 1908," Tom says, walking between grave markers.

Of those 111 years, Tom has walked these grounds for 25 of them. Stop by and he'll be happy to show you around and share some of the cemetery's secrets.

Like the one about the family that lost more than a fair share of kids to illness.

Or the one about the plot put in place a few years before that, the same spring Halley's Comet made it's periodic pass by the planet. A scary time for some.

"Some of 'em it scared more than others," Tom says, pointing to a tall monument.

"This father was afraid his family was going to burn up in the [comet] crash or something," Tom continues, with a shrug of his shoulder. "And he killed 'em all, including himself, to save 'em the pain. Well, that's what I was told."

Those kinds of stories Tom has collected as the only caretaker and lone lawn mower for the better part of the last two decades.

He's still out here due to a sense of duty, for sure, but also, it's just a simple act of attrition.

"I'm still here, the Odd Fellows aren't," explains Tom. "They died out a long time ago. Everybody got old and died except me."

There are other reasons that bring Tom back several days a week. Of the 2700 that have made this their final resting place, a large percentage are Lancasters.

"27," he says, pointing to several sets of headstones. "My grandfather and grandmother, right there. My dad and my mother."

Tom then approaches a smaller marker with a soccer ball etched on the back.

In 1998, Eryc Lancaster was trying out for soccer with a defective heart nobody knew about.

"Still bothers me," Tom says. "And it took me more than the first summer to be able to stand here like this and talk about him."

Now 81, Tom has decided this summer he's stepping away to find something else to do with his time.

"Oh, I'll find something to do," he says, smiling.

So, for at least a few more weeks he'll be able to do what few get a chance to do. Walk among his past, while also getting a glimpse of his future - literally.

"Who's this?" Tom is asked as he approaches another stone with the Lancaster name on it.

"That's me," he answers with a laugh.

Yep, Tom has had his own headstone in place for the past five years, a reminder that doesn't even rattle him.

"I'm the last of the Filer Odd Fellows," Tom declares.

Last year the city of Filer formed a cemetery district, meaning maintenance, staff, and upgrades will now come from tax dollars. Since then Tom has been relinquishing his daily duties by hiring some help to take over the irrigation, mowing, and overall management of the cemetery.