The Idaho Candy Company on 8th Street has been churning out these tasty spuds for over 100 years. We got an inside look at the company's Boise plant. 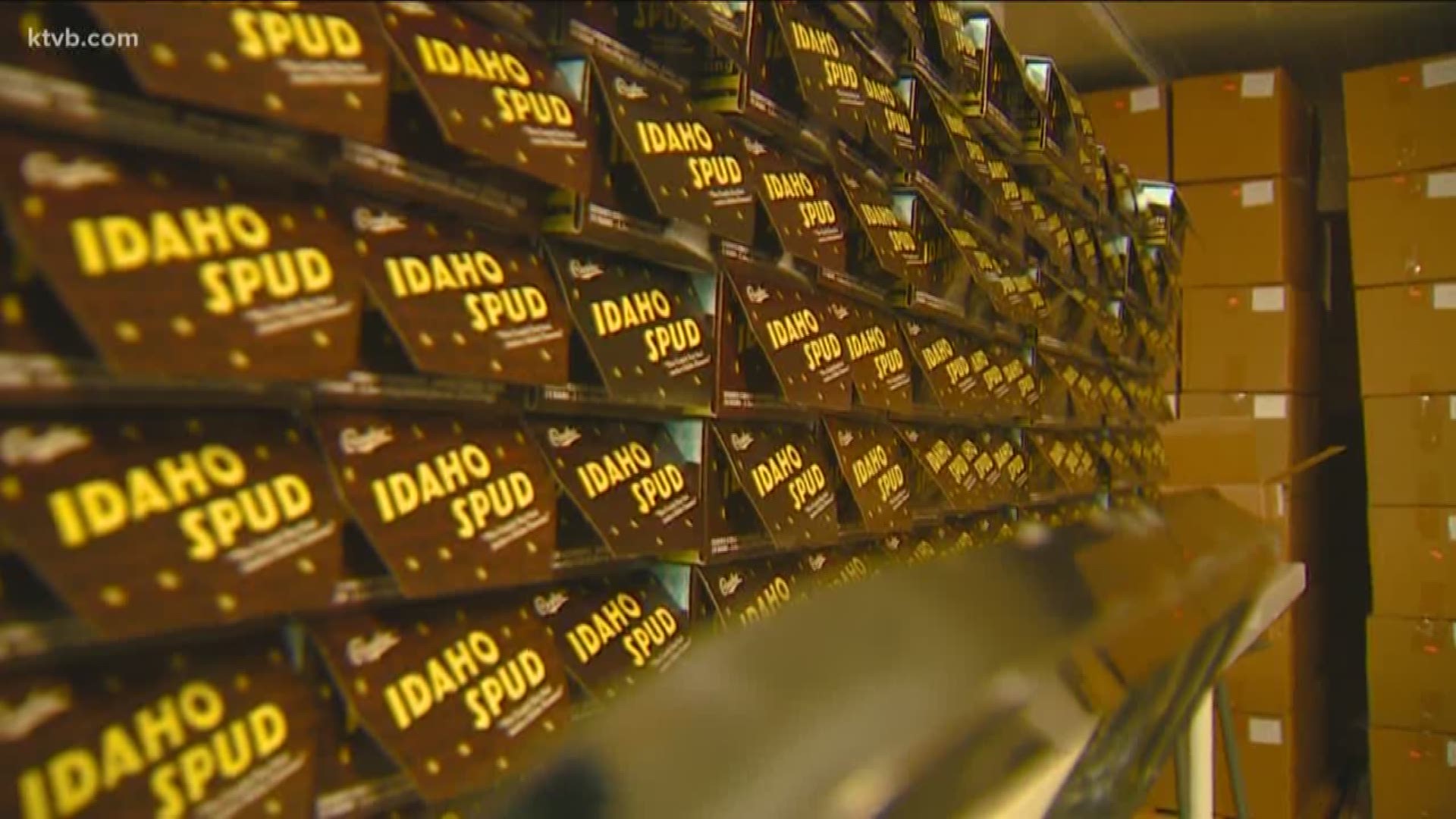 BOISE, Idaho — Nothing says Idaho like an Idaho Spud (bar).

The iconic candy found in most Idaho grocery stores and gas stations is made to look like, what else, a potato.

At its plant on 8th Street in downtown Boise, the Idaho Candy Company has been cranking out these confections since 1909, long before there were national candy companies.

T.O. Smith, a journeyman candymaker, first opened the company in 1901.

The whipped cocoa-flavored marshmallow center covered in dark chocolate and sprinkled with coconut is by far their best seller.

RELATED: Idaho's 'Spuddy Buddy' eats potatoes. Does that make him a cannibal?

While some new machinery has been installed in the warehouse, not much else has changed since 1909, including the recipe.

Whether you love them or hate them, the Spud bar is more about nostalgia than it's ingredients.

So just how many Spud bars are cranked out every year?

Wagers says they ship Spud bars to 12 states and around the world, thanks to internet orders.

If you're craving an Idaho Spud bar, or one of their other candy bars, like the 'Huckleberry Gem,' or the 'Cherry Cocktail,' stop by the store on 8th Street for a free sample.