Residents say they've seen several wild peacocks roaming the neighborhood, but where they came from is a mystery. 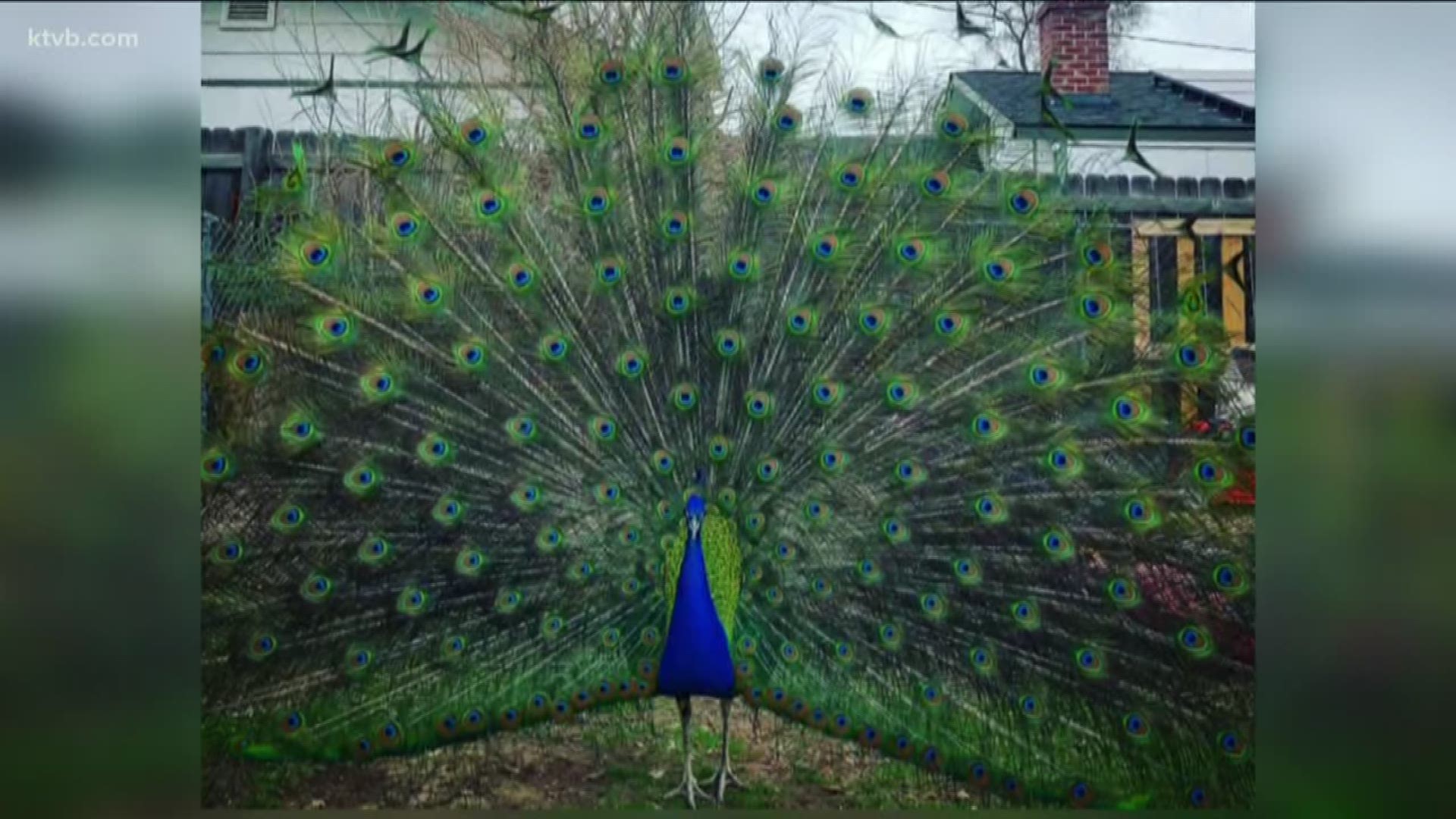 BOISE, Idaho — It's like something you'd see on National Geographic. Only this was on the Boise Bench, in Matthew Peppersack's backyard.

He was shocked to find a peacock strutting around his yard, showing off its colorful plume.

So Peppersack did what most people would do - he took to Facebook.

"I'm inside doing laundry and I thought I heard a cat meowing," He said in the video posted to the Boise Bench Dwellers Facebook group. "I come to the backyard and Kayleb's like, 'We've got a peacock in our backyard.' And I'm like, 'No way.'

A peacock roaming Boise is not something you see every day.

"I mean he is full-on flared out in my backyard right now," Peppersack said in the video. "I mean you see them at the zoo and stuff, not in your backyard."

But apparently the peacock has become some sort of a neighborhood mascot along the Boise Bench.

"This was the first time I'd seen the male peacock," Peppersack said. "Because we've got the females, yeah, the females are over on Nez Perce [Street] just running up and down the road."

The blue peacock is native to India and Sri Lanka. But a peacock in Boise?

"There's a lot of wild peacocks hanging around," said Kristine Schellhaas, a spokesperson for the Idaho Humane Society. "We think it's about seven peacocks that live anywhere from Federal Way all the way over through the Bench. So they're just around."

So where did they come from?

"A lot of people think they escaped the zoo," Schellhaas said. "That's one of the rumors out there. We believe it's an owner who had peacocks at one point in time. They may have moved on. But I don't think the zoo released these peacocks."

RELATED: 'He's a great ambassador for our zoo': Dean the llama the face of Zoo Boise's conservation efforts

And why is this male peacock prowling around the Bench?

"I think he was looking for love," he said. "He found the chickens. He was doing the peacock dance on all of them. I mean the Brahma, she seemed to like him a little bit, but no. They didn't go for it."

While this peacock may not have been lucky in love, Peppersack considers himself lucky.

And you should too, if you ever see one.

"If you see a peacock, maybe you should go buy a lottery ticket because they say that peacocks are quite lucky, if you have the sighting," Schellhaas said. "And apparently there's a white one out there so if you see a white one that's your very, very lucky day."

RELATED: Idaho's 'Spuddy Buddy' eats potatoes. Does that make him a cannibal?