With snow melting across Idaho's mountains, spring fishing season is taking off. And if you've ever wet a line in Valley County, you've likely made a stop in Cascade's best fishing spot - one that could be yours for the right price. 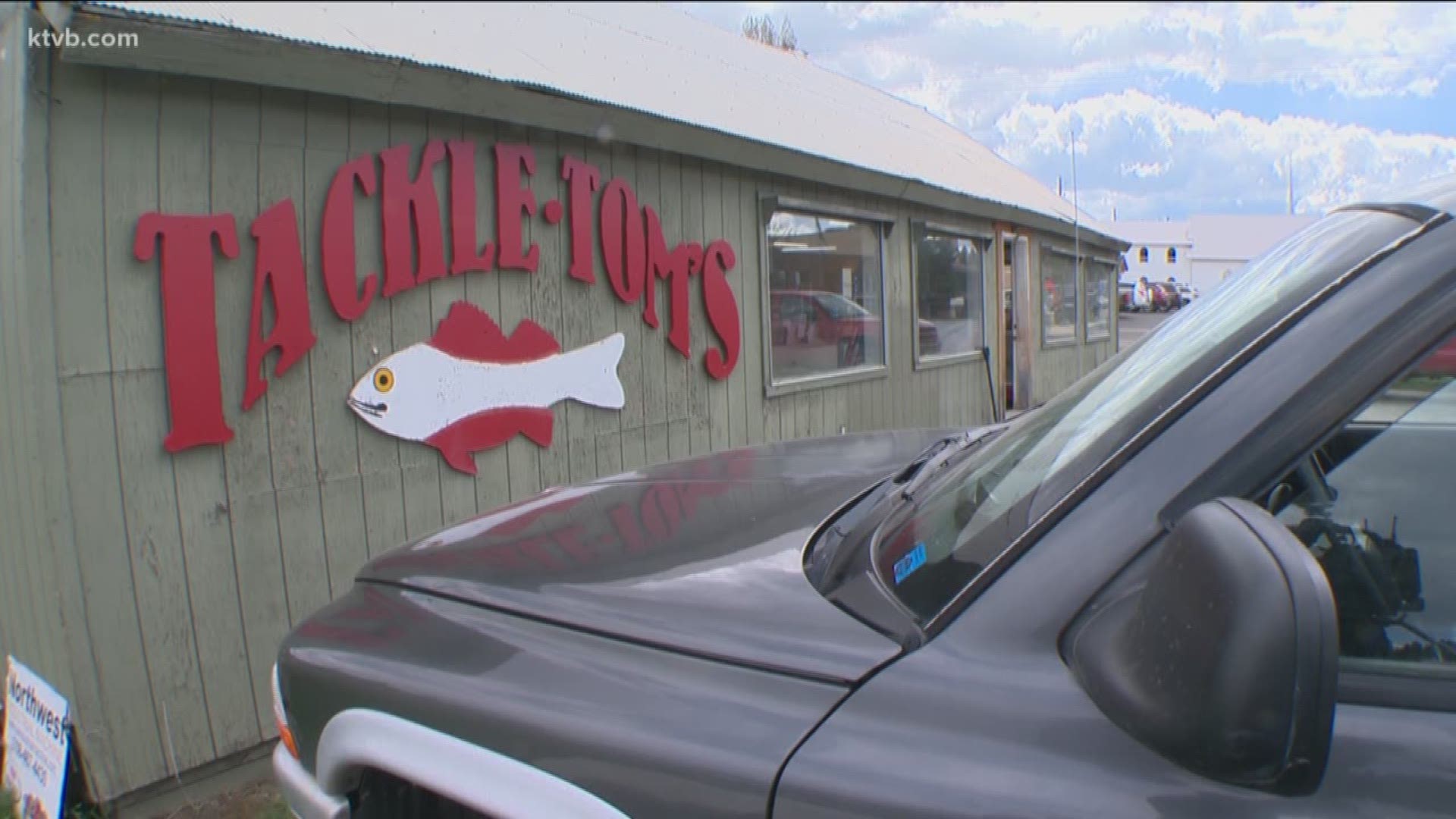 CASCADE, Idaho — In the middle of Cascade there are few marquee Main Street landmarks: There's the Roxy Theatre , The Valley Club, and Howdy's Gas n Grub.

"How long you been doing this?" the owner is asked by a curious customer.

"Folks'll come in and look you up and down and they go, 'Hmm, that's all there is huh?'" Tom says about those that question if he is the man himself.

A stop in here will get you lures, lines, and a fishing license. You can even get a good dose of local knowledge.

"Sometimes you throw a spoon or something at 'em and you might find some," Tom says, suggesting a way to attract perch.

Tom will answer your questions, offer suggestions, or help you find the perfect fishing hole.

"When you cross the Gold Fork River that first left, immediate left will take you down," he explains, showing another customer a map.

Locals know there's no place in town like Tackle Tom's.

"Fishing, hunting, the best," says Bob Tillman, who's been coming to Tom's for years.

"He doesn’t always tell the truth, though," laughs another longtime customer, referring to the fish stories often heard around here.

A sad truth came out about a month ago, when Tom put a "For Sale" sign out front, deciding to retire at the age of 64.

After all, Cascade is all he's known for 31 years.

Credit: Bill Krumm/KTVB
After decades of serving the anglers and outdoor enthusiasts in Cascade, Tackle Tom's is on the market.

The plan, Tom says, isn't for him and his wife to see the world - just the places he's heard so much about but never had a chance to go.

"Weirdly enough we’ve never even been to the Oregon Coast," he explains.

The worn out tiles on the floor will attest to the time Tackle Tom's put in here, while the hand written notes on the wall bear witness to what he’s meant to the community.

Which is why customers - selfishly - don't want him to sell.

"Nope, no they’re not interested in it at all," Tom says, jokingly. "There’s petitions, there’s talk of ropes and chains and things like that. We may or may not be able to get out of here, but we’ll try."

Tom says a good bid will get you the building, the inventory, and maybe the black lab dog that's been a customer favorite.

But for sure you'll get a well-known name with the purchase. Tom is ready to trade all that, though, for some time to spend with his better half.

"My wife, she’s put up with it for 30 years," Tom says. "And I think she would prefer that I spend a little time with her. And I would, too, as a matter of fact."

"Goes by that fast," says Tom about his time as Tackle Tom. "It does go by quick."

Tom says if the new owner of the 2800 square foot building and business changed the name from Tackle Tom's, he wouldn't be offended. But, he agrees, there's a lot of locals who would argue otherwise.