What does a million of something look like? Melba Elementary students set out to find out by collecting what many consider to be worthless. But they found them to be very valuable. 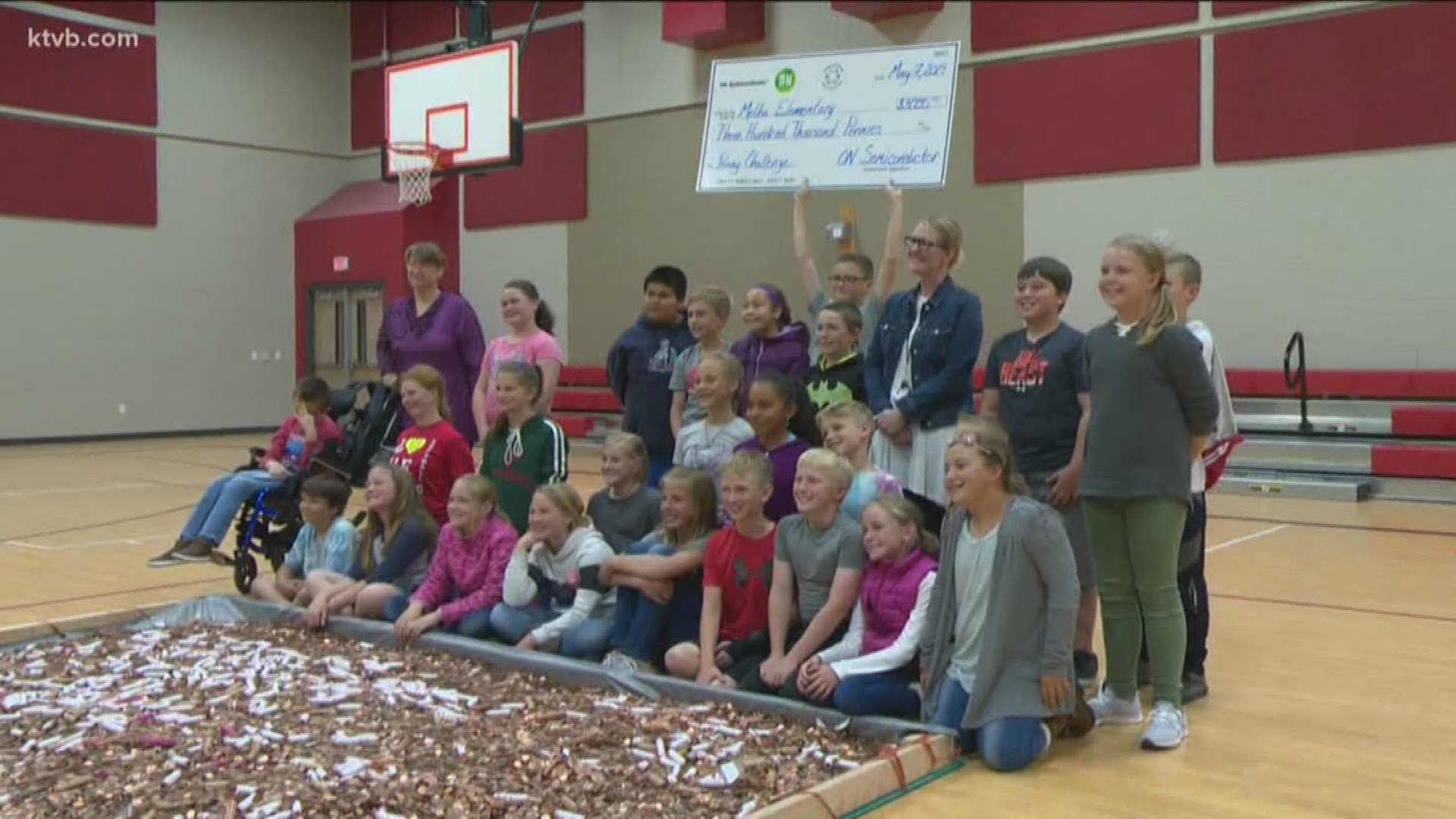 MELBA, Idaho — It's two days before the last day of the year at Melba Elementary and the school's 400 or so students are gathering in the gym. They are hoping to find out if they succeeded in something they started more than seven months ago.

"Welcome to our penny celebration," says Cara Franklin, the teacher who started this campaign.

"They keep asking, "Did we get a million?'" principal Sherry Adams mentions to Mrs. Franklin as the students file in.

Back at the beginning of the school year, Mrs. Franklin's fifth-graders were looking for a visual version of math.

"And I said, 'Well, let's collect a million of something,'" Mrs. Franklin says.

So the class set out to load up on the lowest of loose change.

"Yeah, 'cause they're just floating around," says fifth-grader, Elle Crimbchin. "And not many people use 'em."

And pennies, what some consider a counterproductive currency, started piling up.

As they went from class to class, collecting enough copper to fill countless buckets, another idea rattled around their heads.

"Once we collect the pennies, let's donate them somewhere," says Mrs. Franklin.

"Yeah, so we can help people in Africa," says Leah, as she counts pennies.

Because of Mrs. Franklin's visit to a school in the Mathare slum in Kenya last summer they committed their coin crusade to helping the kids there.

"We need ten 100-thousands to make it," Mrs. Franklin tells her class.

When we first met them in February they weren't even close to 100-thousand.

Now, in the middle of May, Mrs. Franklin gets to tell the school the final tally.

That's a lot of Lincolns laid out on the gym floor.

"Oh no, a penny escaped," says one boy who is running his hands through the pile. "Pennies are escaping!"

But even with a surge in the last two weeks they still fell about 300,000 short of their one million penny goal.

This pursuit of pennies, though, wasn't just kept within the walls of Melba Elementary.

"Yeah, this became way bigger than just one class or one school," says Chanall Astle, who's son, Hayden, is in Mrs. Franklin's class.

"Yep, he came home, wanted all our pennies," she remembers.

When the Canyon County community heard of these kids' quest they kicked in, too.

Chanall also called on her company, On Semiconductor in Nampa.

Oh yeah, that $3,000 check helped the Mustangs clear a million.

Which means more than $10,000 to help school kids these kids have never met.

"It's cool to take something that is worthless," says Mrs. Franklin. "And make it worth something."

A lesson in how small change can count for so much.

"I don't think there's any pennies left in the Treasure Valley," Mrs. Franklin says proudly. "But we did it! Yes, we're excited!"

After that assembly Mrs. Franklin's fifth grade class had to put all those pennies in bags and take them to the bank. She says the money they raised will give the kids in the Community Cares school in Mathare, Kenya a second meal during their 10-hour day. And it will pay for one child to go to school for a year.