Santa took a break from visiting kids at Boise Towne Square Mall so he could get a haircut at a local salon. 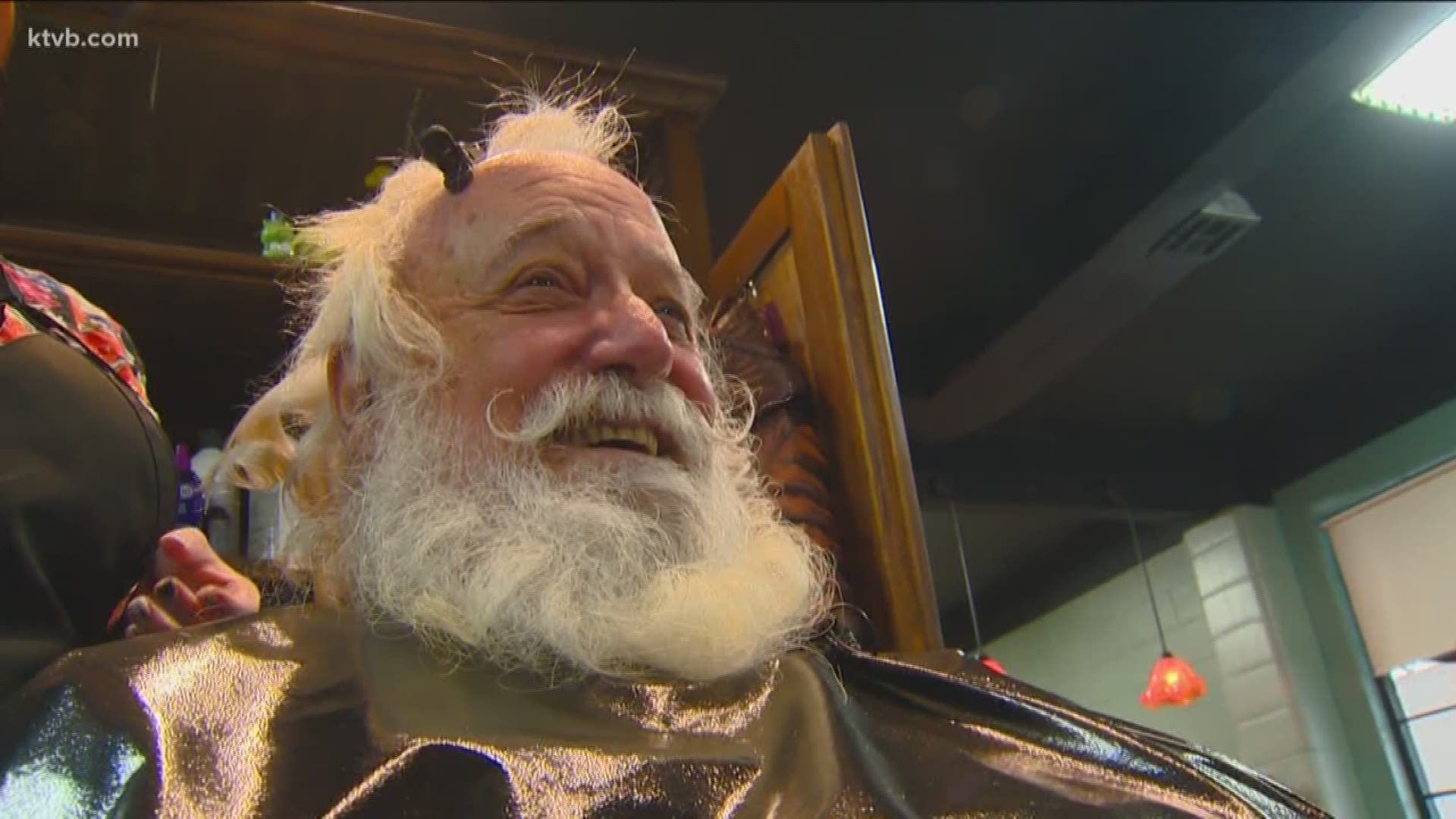 Santa Claus has made his presence known at the Boise Towne Square Mall already this year but only on a limited schedule.

So what does Santa do when he is not listening to what kids want for Christmas? Turns out the tree isn't the only holiday icon that needs trimming this time of year.

Mid-week, mid-morning at the mall is, well, rather mild. But this time of year you can usually find a fuss, or at least a line, around Santa's cushy chair.

"Where's Santa?" asks a child at the mall.

"Is Santa still at the North Pole?" replies the child's mom.

Not this morning. That's because instead of sitting in his spot at the mall Santa Claus is sitting in Robyn Arrowood's chair at the Orange Salon.

Yep, Santa is getting his hair did. Something he has done all year long.

"Once every month," he said.

But it's the December 'do that matters most.

Arrowood remembers the first time she shaped Santa's hair three years ago, she was a nervous wreck, not wanting to nick...St. Nick.

"Yeah, sweaty palms. Had it for sure. Because if I messed up I would be on the naughty list for the rest of my life," said Arrowood.

Well, so far so good.

It's an appointment Arrowood looks forward to every year because it puts her in the Christmas spirit.

"Oh it does, it absolutely does. That white hair, all curly...hmmm, yes ready," said Arrowood.

And Santa has to be ready too.

"It seems like every day I get something special," said Santa.

Like a famous picture taken in 2011. A mother stood in line for two hours to see Santa at the Boise Towne Square Mall. Finally at the front, her baby fell asleep. And the image went worldwide.

Said Santa, "It turned out to be a fantastic picture."

Which is why the snow outside isn't the only important white stuff falling this time of year.

No matter what chair he is in.