Idaho Life: A fortune of phonographs

People collect things for profit, or for pleasure but mostly for sentimental reasons. There's also a sentimental side to letting it go. 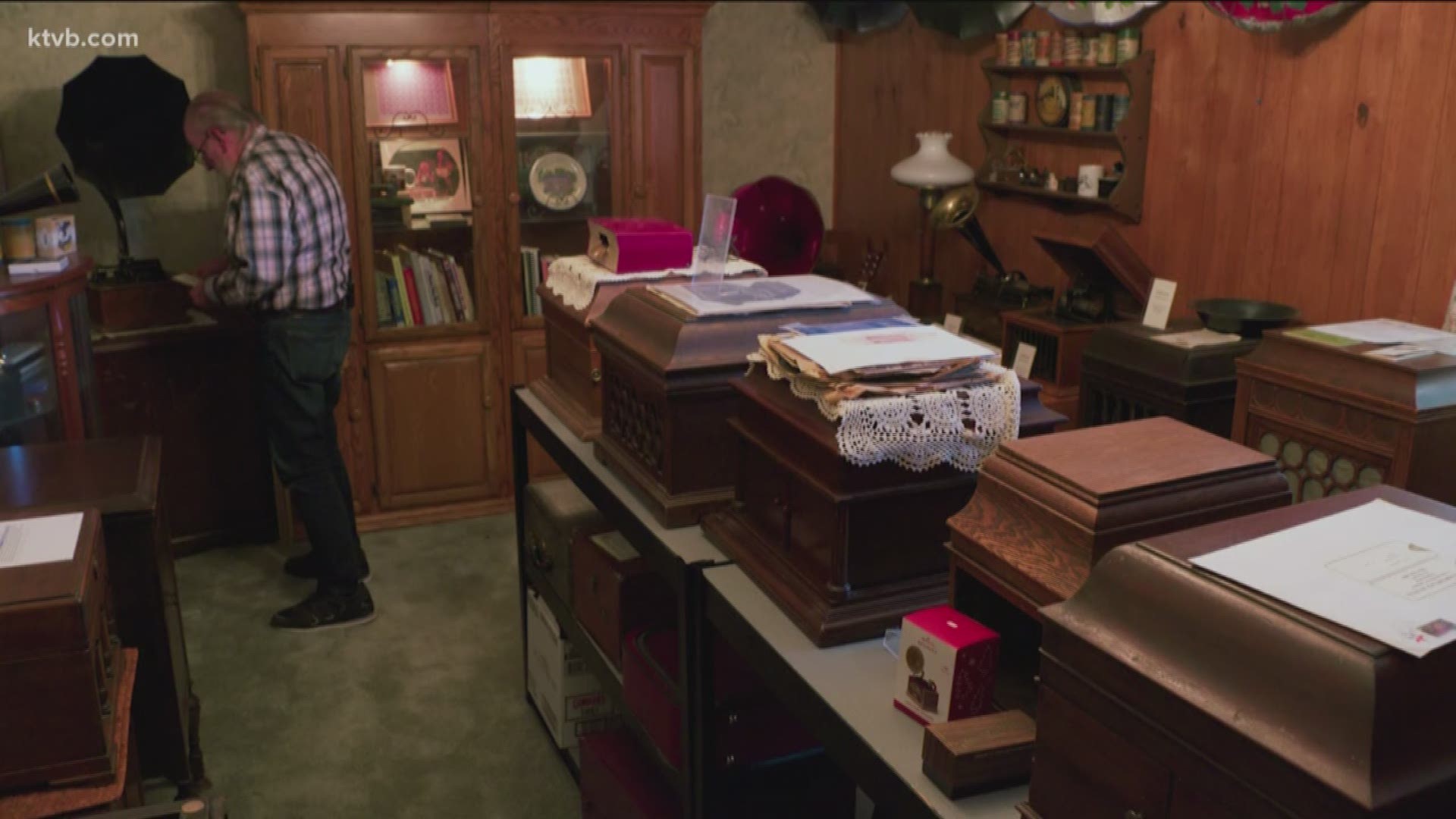 It's a question often asked of Lisa Shackelford, who's made a 20-year career out of sorting through stuff and setting up estate sales.

"Just walk through, kind of figure out what we have the most of," Lisa says. "What we can capitalize on and make sure everything's organized."

What sometimes took decades to amass, Lisa can arrange in about three days.

From toys, to towels, to VHS tapes, all of it is unrealized revenue.

And every once in a while she comes across something kind of cool.

Oh, she's seen collections before but not quite like what's inside this mid-century house in Meridian.

"Everybody collects something," she says. "Not everybody, but there's a collector for everything."

"Come on this way," says Robert Brobst, who walks into a small room at the south end of the house.

Inside what used to be the garage Robert has parked a plethora of old record players.

"This one here's a good one because it plays well," Robert explains. "This is another one, this is the workhorse of the bunch."

"Original price $35," he says, stepping in front of another. "And that plays cylinders."

But they're not just record players. They're Victrolas, and Edisons, and Brunswicks.

"This one's its bigger brother," Robert says, pointing to another one.

And they're not just old. Some of the nearly two dozen he's displayed in here date back to the turn of last century.

"This one should about 1904," he says, shuffling in front of yet another.

And a couple of them can still crank out the turntable tunes.

And this was just another way for the former mechanic to keep his hands busy. An interest that turned to infatuation in the late 1980s.

More than 30 years and 30 music machines in he never imagined putting a price tag on it.

"I haven't paid that much attention," he says when asked about the collection's worth. "I wasn't planning on them going anywhere, so I was just going to keep them around."

Those plans changed about two years ago when Linda, his wife of 49 years, passed away. And being home alone wasn't going to work.

"We don't want him to leave here," says his daughter, April Peterson. "But it's scary that he was here alone and he'd fall."

So six weeks ago he moved into a retirement home, one without a renovated garage, which means Robert's record-playing relics will have to relocate, too.

"Yeah, haven't got any choice now," Robert says. "It hasn't been a lot of fun thinking about making it go away."

There were days when the 73 year-old would lose himself for hours in this room.

But on this day, the first day of his estate sale, it's about finding someone else with the same old-fashioned phonograph fascination.

There is sometimes a feeling of finality to estate sales, a rummaging through what remains. But there is also a sense of succession.

What once filled so much of our life usually lives on without us.

"It's kind of sad that he has to let this go," April says.

"This has been a big part of his life and now it's..." she says, her voice trailing off. "Somebody else will get to enjoy it."

And that is ultimately what your life's stuff is worth.

"Even if they just take one little piece home, that they love it," says his daughter of any new owners. "Because he loves them."

Robert plans to use the money from his estate sale to help pay for his care at a senior living facility. Any phonographs he doesn't sell he hopes to donate to a museum.