Idaho knife maker a master of his craft

As the only master bladesmith in the state, Bill Burke bangs out custom knives in a way few others can. 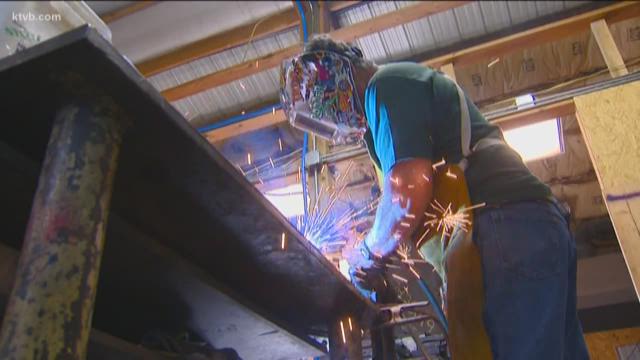 Hidden in the hills of Boise County you can find a master at work. In fact, you'll hear him first.

As the only master bladesmith in the state - and one of about 120 worldwide accredited by the American Bladesmsith Society - Bill Burke bangs out custom knives in a way few others can.

Bill was raised in Salmon, Idaho where a knife was just part of life.

"I've grown up with a knife in my pocket," he said. "I had a pocket knife when I was four years old."

But to have carved a 20-year career out of carbon steel is still surprising to Bill.

It's a solitary gig and a loud one. One that gets even louder when he blares the blues of Joe Bonomassa on the shop's stereo speakers.

Bill says his fate was formed in 1998 while on a romantic weekend with his wife in Montana.

"Away from the kids first time since babies, you know?" he recalled of that weekend.

Bill had chocolate, wine, and rose petals waiting at a hotel in Ronan, but he spotted a book at a sports shop in town. It was called "Knife Talk: The Art and Science of Knifemaking" by Ed Fowler.

"You know, I'm reading through it, looking at it and thinking this is pretty cool, you know?" he said.

Short story, Bill got the book, and his wife got her evening of enchantment... sort of.

"So, I read the book all night and let her eat her chocolate and drink her wine," laughed Bill. "And that was the end of our romance for that weekend." 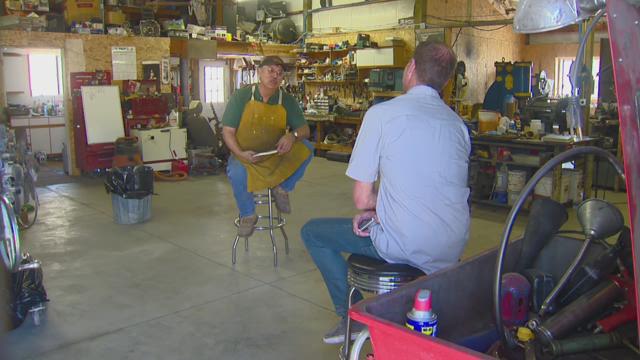 But that began Bill's romance with bladesmithing, something he did on the side while working other jobs.

"Whatever I needed to do to pay the rent and put beans on the table."

Then in 2002 he got a phone call from a truck driver named Jerry Shipman. A tornado in Tennessee threw him and his truck into a drainage ditch. Despite broken bones, Jerry cut himself out of his steel cab with a 5-inch Bill Burke knife.

That story found its way into an industry magazine and the following summer Bill showed up at a knife show with 27 knives. He sold out in 15 minutes.

VIDEO: 5-inch Bill Burke knife gets man out of truck that crashed into a drainage ditch 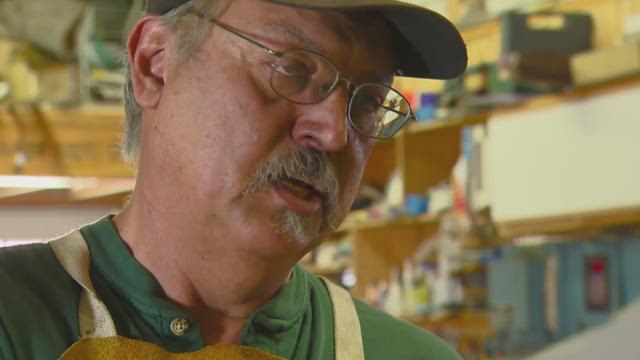 "And got so many orders that I went home, quit my day job, and started making knives," he said.

Since then Bill's forged quite a following, spending about 40 hours over a two-to-three week period just to make one Damascus steel knife.

He's not exactly sure how many he's sold.

But he does know where he's sold them.

"They go all over the world, to every country."

In fact, he sold his most expensive blade to a man in Japan.

That's a lot of beans on the table.

Bill says he gladly passes on his craft to the next generation. He has a son and a daughter who are both knife-makers and he's taught 10 other students this year alone at his shop just outside of Boise.