Did you hear that? Magic Valley 'booms' a mystery

For years residents of southern Idaho have been subjected to what many have described as randomly occurring booms and vibrations. Many have heard them and felt them but nobody can seem to explain the mystery of the Magic Valley booms. 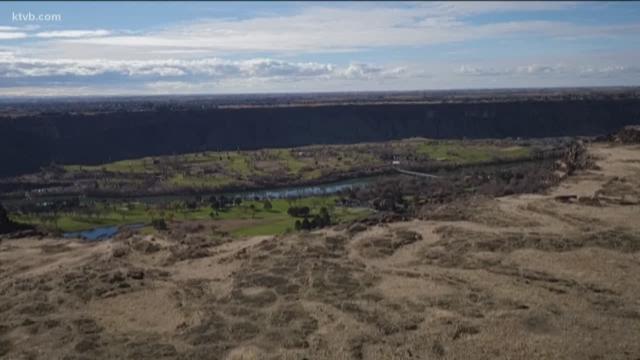 For the last several years, and some say longer, the Magic Valley has been under some sort of siege.

"I would describe it as something similar to a sonic boom," said one resident.

"There's an audible boom and then it shakes," said another.

From Buhl to Burley these "booms" have been best described as a bunch of audible, and feelable, sensations.

"It just sounds like boooosh and then like mooooossh," said Chelsie Skroback, waving her arms back and forth in short motions. "It's more like this is the best sound I can give you which is my hands moving. That's kind of what it seems like."

Skroback has only lived in Twin Falls for two years. "I just thought it was Twin Falls, right?" she said. "That it just boomed, that's just how it was."

During her short time here Skroback says she's heard and felt the phenomenon about 30 times, and it always comes in a rash of resonance.

"It got really frequent for about two to three weeks, and then it just died off again. I haven't heard it in a while," she explained.

Skroback noticed the last one happening on November 13. "It's just a vibration and a boom."

She has also noticed she's not the only one noticing. "It's been popping up on my Facebook like, 'What was that sound?'" Skroback said. "And I'm like, 'You guys are behind, I've been hearing this for almost 2 years now!'"

Some have been hearing it for a lot longer.

Brad Weiser has been on radio station KEZJ in Twin Falls since 1987, but he first starting hearing these "booms" about 10 years ago.

"It's usually felt as well. It's felt just as much as it's heard," he said.

Weiser recently realized how far-reaching these feelings went after the event on November 13.

"We asked our audience, and the phones went crazy and said, 'Yeah, we heard this!'" says Weiser.

He also says he's also heard rampant reasons for them, and while everything from construction to weather to earthquakes have been debunked, that doesn't stop the speculations.

"And we hear the whole gamut of stuff from the kind of outrageous, to, you know, UFO conspiracies to possibly a more reasonable explanation," Weiser recalled.

A more reasonable explanation has many people pointing fingers at Mountain Home Air Force Base and the nearby Saylor Creek Bombing Range, a mere 45 miles to the west.

"I assume it's the fly-boys doing stuff," says Krista Simpson, who lives in Buhl.

"If it is the Air Force Base, I mean, I feel like that's just as odd as, you know, no explanation," said Skroback. "Because then you wonder, 'What are they doing?'"

So is it the Air Force? And what are they doing? And have they gotten calls about them?

"Not typically," says Byron Schmidt, the airspace manager for Mountain Home Air Force Base. He, and science, says their airspace is too far from Twin Falls to really have any effect.

"For them to hear a sonic boom, our aircraft would practically have to fly over the top of Twin Falls," said Schmidt.

Besides, he says, the reports appear to be far too random to be attributed to military aircraft.

A reasoning that is still not good enough for some.

"I don't know if I believe them," lauged Simpson.

Leaving the real reason still up in the air.

So the mystery remains.

We also reached out to the city of Twin Falls, to see if they've heard much about the "booms," and if they happen to know what might be causing them.

The mayor told KTVB the city hasn't heard a whole lot about them and, at this point, they don't have a whole lot to say about them, either.