Boise gas station a blast from the past

A lot has changed in Boise since the 1960s, but one gas station has managed to maintain its consistency of service. 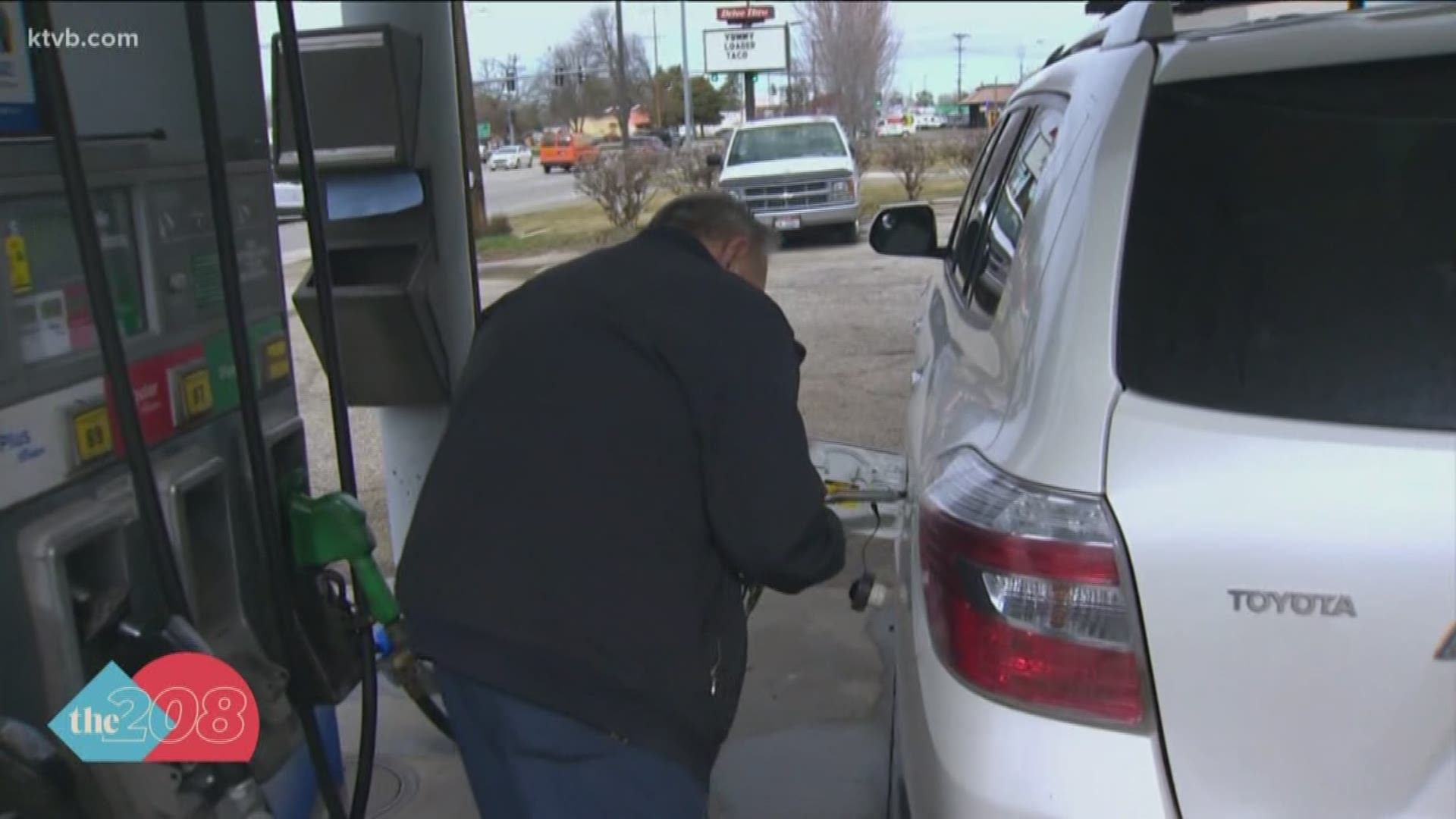 BOISE, Idaho — This story was first published on KTVB.COM on January 6, 2016. Scroll down for an update.

The year was 1961. The Berlin Wall was built, mankind made its first trip to space, most people were enjoying "Breakfast at Tiffany's," and a gallon of gas cost 27 cents. A lot has changed in Boise since then, especially the price of gas. But one gas station has managed to maintain its consistency of service.

In this day and age of do-it-yourself, there's still one place where you don't - Dick's Chevron in Boise. It's the only gas station in the Treasure Valley that is full-time, full-service. That means you pull your car in and 82-year-old Dick Sola comes out to pump your petrol.

"And he will wash your windows and he will even ask you if you need your oil checked," said Pamela Schuermann, a regular patron of Dick's for 17 years.

Sola bought the gas station on the corner of 32nd and State streets in 1961.

"Oh man, there was only a two-way road out here, you know? Lotta changes. Can't remember all the changes," said Sola.

Back then, full-service was the standard. But since the 70s, gas stations have been sliding swiftly toward self-service, leaving Dick's as a dying breed. When he's not waiting on customers you can find Sola in the garage, where he does a bit more than the basics of auto maintenance.

The tools he uses are about as old as the wall they hang on. And during down times Sola works on his race cars.

"Everybody's gotta have a hobby," quipped Sola. "Can't work all the time, right?"

Except he does work almost all the time by himself, seven days a week.

Sure, you may pay a few more cents a gallon for gas but what you get is service. It's a simple business model. No snacks. No sodas.

"Had a Coke machine but the dang thing broke down so they took her out," Sola said. "But I didn't sell that much Coke, anyway."

He owns a computer, but says most of the paperwork is done on actual paper.

Sola came to Idaho as an airman in 1954 and in more than five decades of business, he's raised three kids, and lost his wife to cancer 25 years ago.

Dick's Chevron is a look into the way things used to be. And sometimes, like the old Toyota Sola is trying to fix, you can't find anything wrong with it. Sometimes, it's just old.

"Not only that, things wear out," he said. "No matter what, you know? Everything wears out."

"Gotta be doin' somethin' right," said Sola about his longevity.

Sola says he hasn't always worked alone. He used to have four or five guys working for him. But that was years ago. He says he doesn't have any plans to update the gas station, because it's just too expensive and he's too old.

Four years after we first met Dick Sola, we went back to his Boise garage to see what's changed.

The answer? Almost nothing.

Sure, Dick is now 85-years-old and can't do the heavy work on cars anymore, but he still checks the oil, washes the windows and pumps the gas as one of the only full-service stations left in the Treasure Valley.

Dick says he still has no plans to stop anytime soon.

"Still here, probably be here till life's over cause I gotta eat and you gotta eat, you gotta work right?"

"I don't know what I'd do if I stepped away, you know? You don't want to sit home on the couch, you don't last long that way, you know? watching TV all the time."