Silver City, Idaho, is still standing, looking very much like it did a century ago. 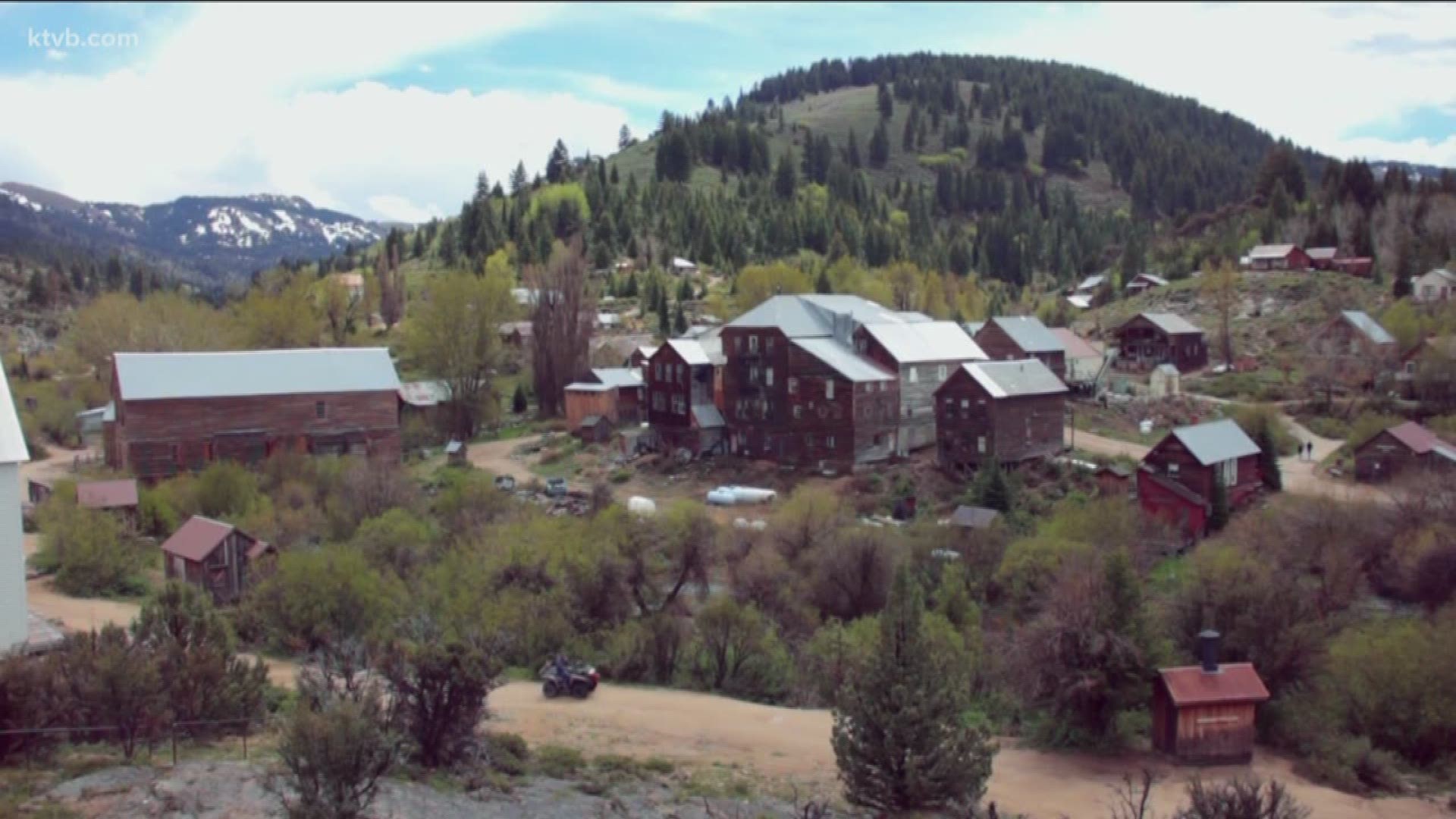 SILVER CITY, Idaho - Anchored to a valley in the middle of the Owyhee Mountains, Silver City stands as an almost untouched testament to Idaho's prospecting past. The country was two years into the Civil War when silver was found embedded in War Eagle Mountain. That was the spring of 1863 and fortune-hunters found their way here in a hurry.

"And there was a thousand people by that first winter," says Paul Nettleton, owner of Sinker Creek Outfitters and local historian.

More mines meant more people, and within a few years, some estimates put the area's population into the several thousand.

"It was enough people that it had seven voting precincts up here at one time," recalls Paul.

"This was always the main drag into town," Paul explains, giving a tour of the town.

His great-grandfather was part of that first wealth-seeking wave making him the fourth generation of his family to call Silver City home.

He says during Silver City's early years it swelled to almost urban, with nearly 300 buildings littering the landscape. The heydays lasted less than two decades and when the precious metal mines dried up, the people cleared out, leaving behind businesses and houses where they stood.

"Well, most of 'em were built in the 1860s or 70s in the high days and heydays of the town," says Paul, standing on the porch of what used to be the Post Office.

It's the middle of May and the snow is gone but thunderstorms boom and the rain unleashes torrents off and on for a couple of hours, the weather still imposing its will on the tin roofs of the time-worn town. About 75 buildings are still standing, having outlasted old age and survived salvaging during World War II.

"People would sell 'em for practically nothing because they got no reason to keep 'em," Paul says.

Those sentiments have certainly changed and keeping Silver City alive, as it once was, is a priority for the dozens of people who live here part-time.

Paul explains, "You know, it's just some place that they can drop back into history and to feel like a part of it."

Adding to Silver City's uniqueness, any new additions are outlawed by local ordinance and almost all of what's left is privately-owned, mostly by those who have some sort of hold on its history.

"Well, probably 75 percent of the people here were part of the old families," says Paul. "And they might have moved away for a generation or two but some of 'em have come back."

Just like 150 years ago, Jordan Creek still threads through the town, the hotel still gets guests, and Silver City's story is still being told.

"And it's still here and it still looks like it did back in the 1880s," Paul says. "It's unique, I mean there just really isn't any place like it and we're going to keep it that way."

Silver City is about a two-hour drive from Boise. But the road into the mountain town is not maintained in the winter months and is only officially open beginning Memorial Day weekend. Its a 20-mile drive off Highway 78, south of Murphy. Even though the road is maintained, you might want to have a sturdy truck to get there.