At the Horseshoe Bend Flight Park they've made man's infatuation with flight a relatively easy feat. 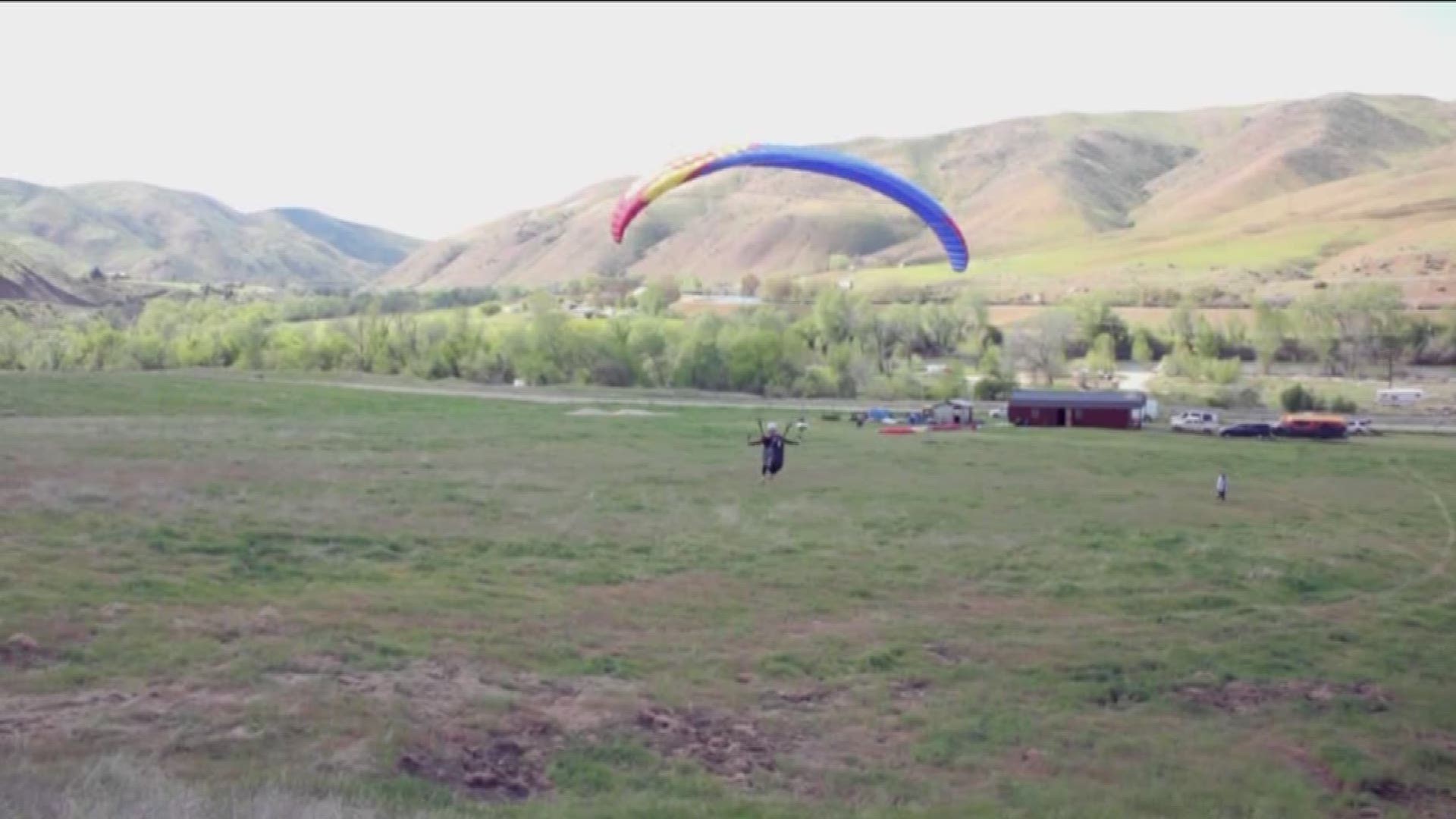 HORSESHOE BEND, Idaho - If it's truly impossible to control the wind the next best thing might be to just go with it. Or rather go against it. If your goal is to learn to fly then the Horseshoe Bend Flight Park is a pretty good jumping off point.

"Yeah, we do training 7 days a week," says Scott Edwards, co-owner of the park.

Scott started this paragliding playground within the last year with his buddy, Justin Boer.

Here, the learning curve starts on what they call the kiting hill, a little lift about 20 to 30 feet up. The difficulty and the terrain takes off from there.

"I think it will be better to get up to the training hill," Justin says to his group of students.

The training hill is a bit of a hike. It's about 200 feet higher from the landing zone, adding more flight time.

"Between us and Squaw Butte it's just a big valley that's pumpin' thermals in," explains Justin.

Those thermals he's referring to happen when warm air rises from the ground and they're what keeps gliders gliding at the HSB Flight Park, one of the few and one of the newest in the country. It's also one of the biggest.

A little more than 900 acres and tucked along the Payette River, on a ridge high above the Old Emmett Road, one of the upper launch sites sits nearly 900 feet of open air above the landing zone. It's where flyers can get their fix of falling skillfully.

"It's the most freedom you'll ever feel," Justin says, trying to explain what it's like to run off the side of the mountain.

In eight years of teaching paragliding and speed flying, Justin says he's certified some 200 students but he's still thrilled by doing it himself.

"I really like the freedom of being outdoors and hiking up and just being with nature," he says. "And not having to pay for airplane fuel!"

Both Justin and Scott were first skydivers then they fell in love with catching air by jumping off the land. A few years ago they bonded by dreaming of opening a flight park. Then Scott found this piece of property.

Since then flyers have found their way here from all over the West.

"From Montana, from Colorado, from Washington and Oregon," says Scott, listing just a few of the recent visitors.

They've also come from as far away as Canada, Guatemala, and New Zealand.

A pretty good launch for a flight park Justin and Scott want to last at least a century. And not bad for two guys who threw caution to the wind and floated into a career.

"It's the best career ever!" laughs Justin.

Justin and Scott say they have already taken flights that have gone 26 miles, 13 miles to Squaw Butte and back. They have a goal to reach Sun Valley from their flight park in the seat of a paraglider. 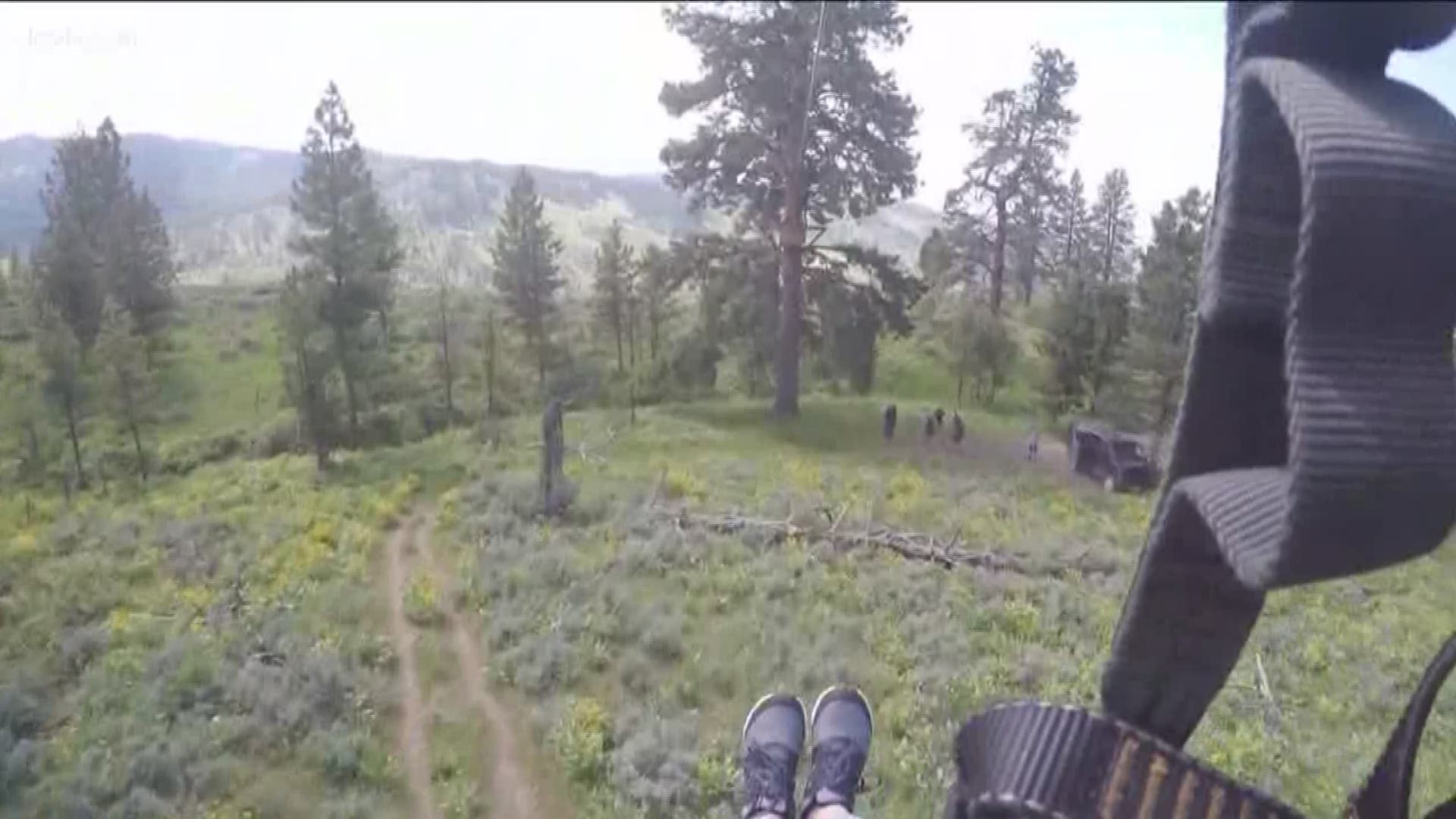 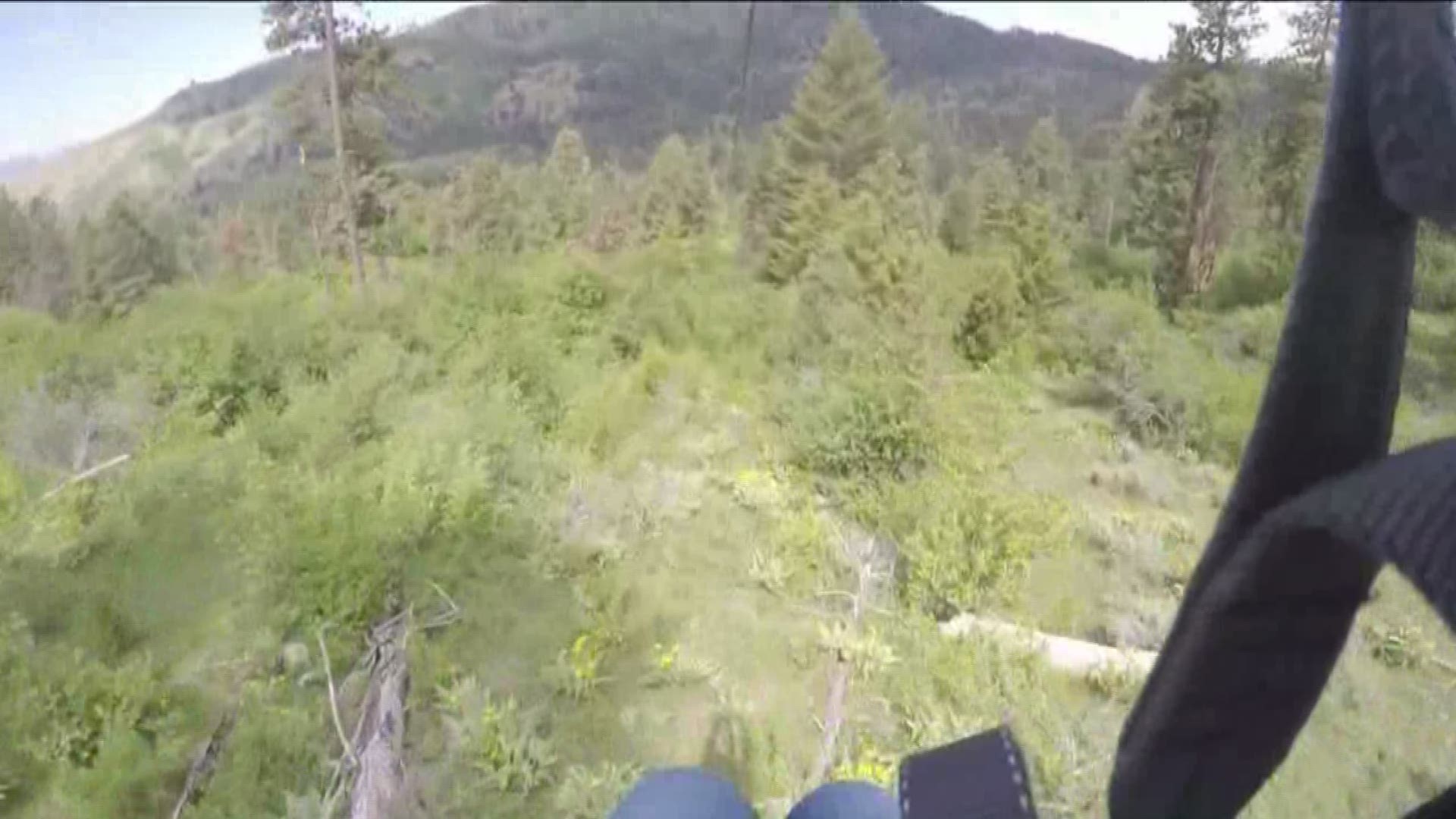 Exploring Idaho continues this week from several more locations around Idaho. Check out a preview of what's to come: