The best way to see Hells Canyon is on a jet boat tour. 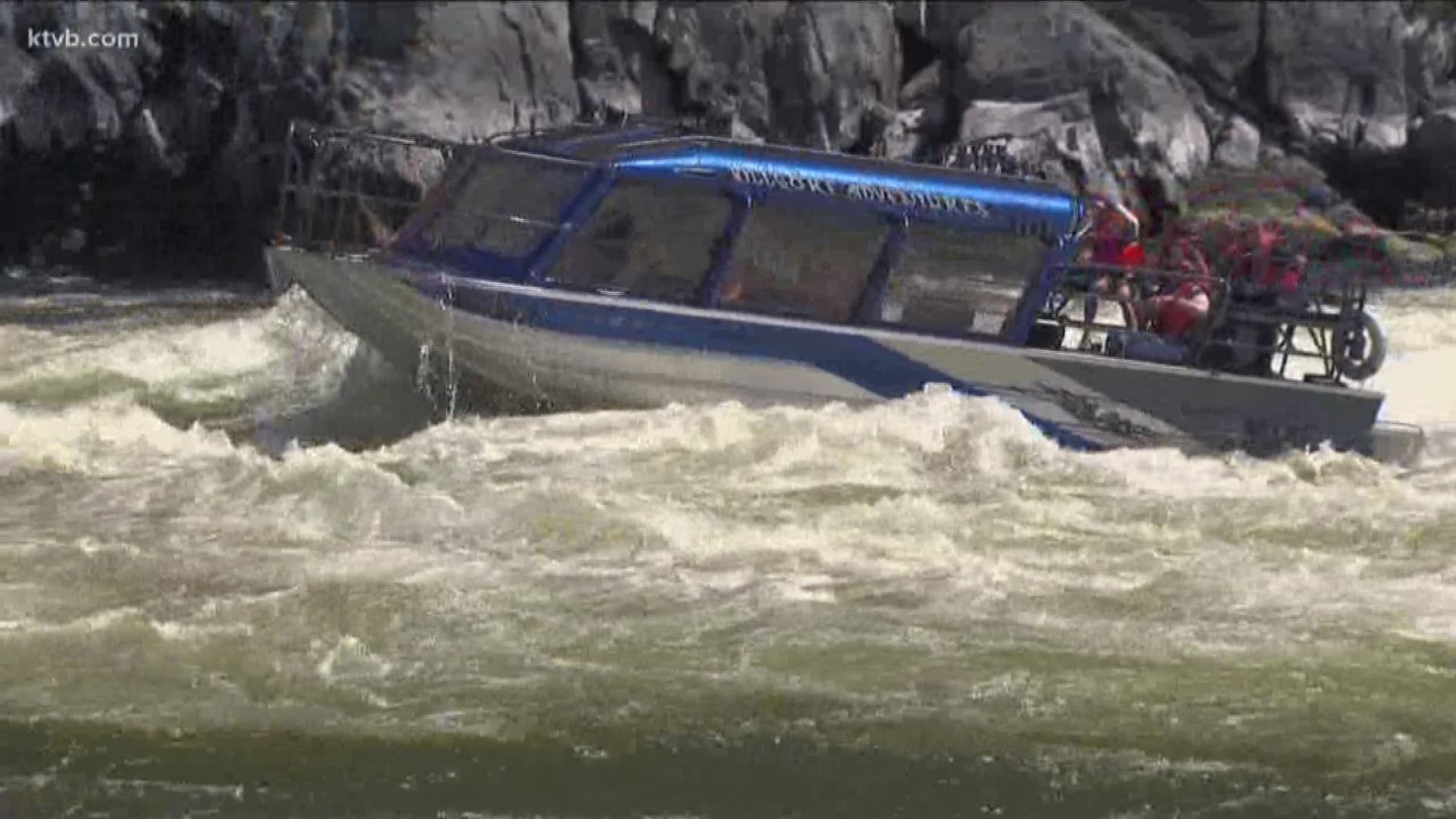 At first glance, the view alone from Deer Creek Road is riveting.

But thousands of feet below, the Snake River coils, marking the boundary between Idaho and Oregon, and creating a canyon that is second to none in North America. This is Hells Canyon.

And this is the best way to be in it is aboard a jet boat.

Smack in the middle of the Wallowa-Whitman National Forest, the Hells Canyon National Recreation Area covers nearly a third of the forest's 2.3 million acres, but this sliver of 32 miles of the Snake River is kind of the crown jewel.

“I'm fourth generation, my grandpa was born here, and his dad came in here on the Oregon Trail. So yeah, we've been here forever, since the late 1800s.

So basically, showing off this stretch of the Snake River, which the U.S. government has designated as wild and scenic, is like giving a tour of his backyard.

In 18 years of running Kilgore Adventures...

“Alright guys this is our first stop, this is Kirkwood Creek Ranch right here,” said Kilgore.

Kurt has run this section of river nearly 2,400 times. However, he never tires of taking people up here for the first time.

“You know, I just thought about something, 'Captain Kurt,' yeah, you know that's not the first time I've heard that,” he said.

There's lots to see along the way, including historic sites like the Kirkwood Ranch that gives a glimpse of canyon life in the 1930s.

But the big show comes while in the boat.

Kurt calls this the elite section of the river, with a vertical plunge of almost 8,000 feet from the highest of the snowcapped Seven Devils Mountains to the water. It's the deepest gorge in North America, grander than the Grand Canyon.

As for the water, that's in a class of its own as well.

A river's difficulty is rated from 1 to 6, with 1 being the easiest.

“And a 6 is considered impassable, like a waterfall, and so we actually go through two class fives on this trip, so it's just about all you can do,” said Kilgore.

One of those is the Wild Sheep Rapid, and heading up river can be exciting. But dropping in downriver, well, that's distinctly more dramatic.

Beneath basalt that may be some 6 million years old, Kurt faces the class fives like it’s all still new.

“In the real big water I still do get pretty jacked up, you know,” he said.

And those along for the ride feel the same way.

“Oh, every bit, every bit as spectacular. It was just unbelievable!”

Just another day in the office for Kilgore Adventures.

“I mean, I get told that every day I got the best job in the world, so I guess I'll take it. It really never gets old,” exclaimed Kilgore.

Exploring Idaho continues this week from several more locations around Idaho. Check out a preview of what's to come: 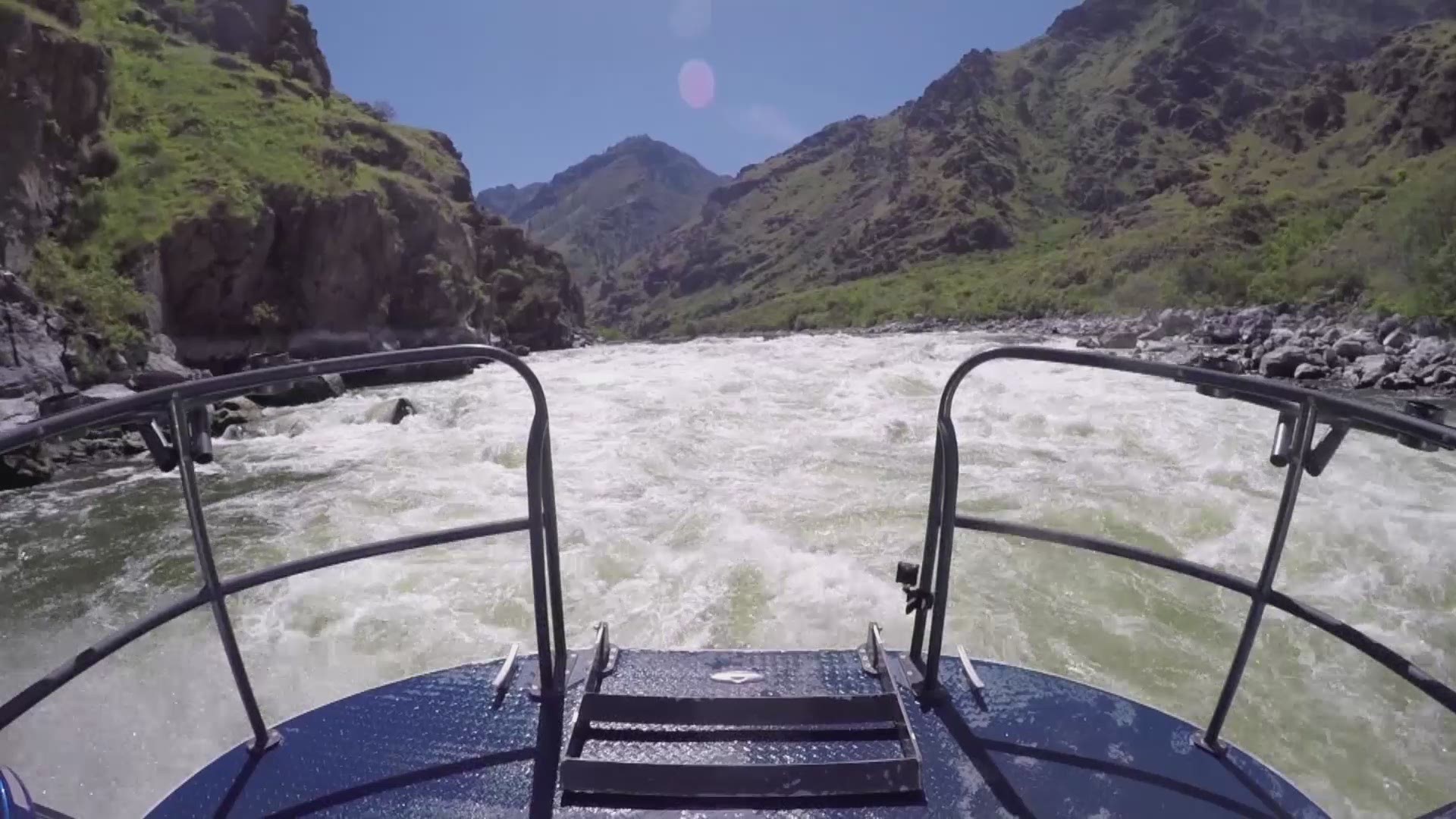