The Gem State is full of geological marvels and one of those has been a focal point of Idaho as far back as the days of pioneers. In more recent years it's become a mecca for rock climbers. 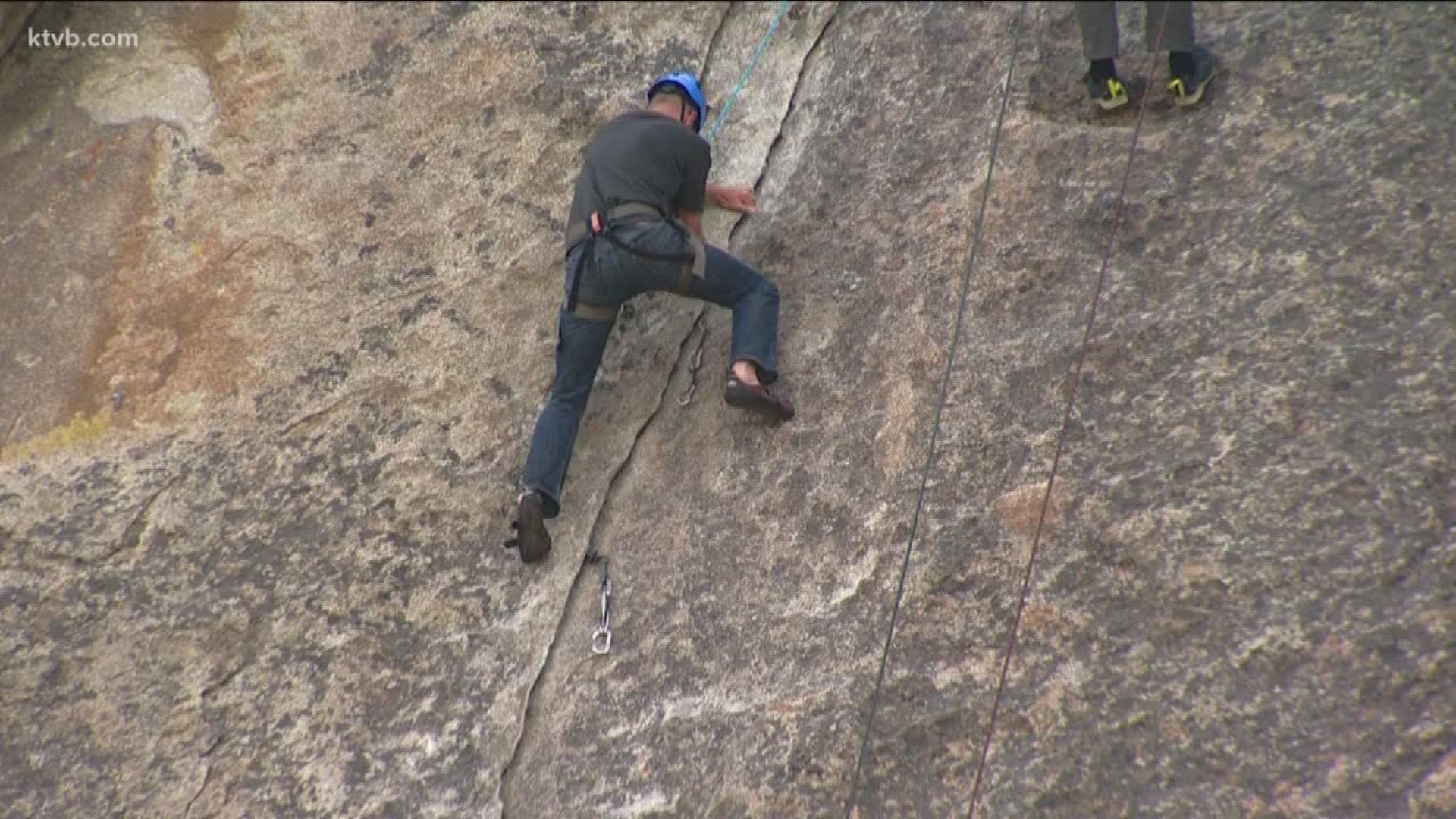 The City of Rocks is obviously not really a city. Rather, arriving here, the perception is you've happened upon another planet.

"The rocks are just so aesthetic, the towers, the fins, the ribs, the ridges," says Erik Leidecker, owner and guide with Sawtooth Mountain Guides. "I mean it really is a special place."

Backed against the Albion Mountains, with its spires and steeples of stone, The Silent City, as it's also known, is home to several unique features and terrain.

"The range from desert to alpine in one compact area," explains Brad Shilling, a former climbing ranger for the City of Rocks.

Named a National Reserve in 1988 some of the granite here goes back billions of years, earning the honor of some of the oldest rock in the western United States.

"And then this granite here is Almo-Pluton granite and it's like 20 or 30 million years old," Brad says. "So we've got some really, really, really, old rock and then some fairly fresh rock."

That fairly fresh rock is also incomparable when it comes to climbing. Making City of Rocks a mecca for climbers.

"I mean, it's really kind of a surreal playground," says Erik.

One of the classic crags in the park is called Elephant Rock.

"It's the best 5.7 in the world, right here," Brad says, using the climbing descriptive of Elephant Rock's difficulty. Rock climbing ratings range from 1 to 6, with breakdowns into decimal points.

Elephant Rock is a Bunyan-esque boulder Brad, who's been rock climbing since the early 1970s, has ascended dozens of times.

For first-timers, the ascent may seem daunting but Elephant Rock is easily doable with both Brad and Erik of Sawtooth Mountain Guides helping you along.

"It just has a really high concentration of these 3- to 4-star classic routes," says Erik.

The route we will be taking is called Wheat Thin, a name which will become evident as we work our way up.

There are several climbing styles used in ascending Elephant Rock. The first phase is friction climbing where you kind of lean into the slab and smear the balls of your feet into the rock to work your way up.

When the climb steepens footwork goes from smearing to edging where your toes lift up on ledges usually less than an inch wide. At this point, you're face climbing.

"You know, climbing is all about footwork, right?" asks Erik, who grew up in Ketchum and has been coming to the City of Rocks since the early 1990s. But he fell in love with rock climbing at the age of 8.

"Yeah, it just sort of evolved into my profession and yeah, I love it," he says.

See all our Exploring Idaho stories

His skill is evident about halfway up the 140-foot face when we stop for a selfie.

The crux of the climb is just above and that's where we grab hold of the cracker-thin crack in the rock and lean into layback climbing.

"Press with the right foot, lean back and you're going to bring your left foot all the way up by that yellow cam where the chalk is," Erik explains as we work our way into the next section.

"You know, climbers have been coming here since at least the 1960s," says Erik.

And the City of Rocks reached its peak for elite climbers in the late 1980s. Since then it's settled into a solid spot for lower-to-mid level rock jocks.

Experts like Erik and Brad will tell you, there's no such thing as conquering a rock but as we climb atop Elephant Rock you certainly get a better perspective of grandeur.

"City of Rocks, it's a real special landscape," says Erik.

For a complete immersive experience of climbing Elephant Rock click here for our 360 version of this story.