Margaret's Library: Five books to read while you are staying home

Margaret Carmel from The Idaho Press shares five must-read books to pass the time during the stay-at-home order.

BOISE, Idaho — Editor's Note: Margaret Carmel is the Boise City Hall reporter for Idaho Press. She also is an avid reader and book lover. She will be doing a weekly book feature sharing her favorite books.

If you’re anything like me, binging Netflix shows and endlessly scrolling through Instagram while you try to stave off COVID-19 related anxiety gets old quick.

There’s no telling how long this period of uncertainty will last, or what the world will look like when it’s all over, but finding ways to drag your attention away from the constant, grim news updates pinging into your smartphone is more important for our collective mental health than ever. To help with this, I have put together a list of five novels (in no particular order) to distract you while you are stuck at home from a variety of genres that had me flipping pages late into the night .

You probably have heard of this one, but that doesn’t mean it’s not worth reading if you haven’t already picked it up. “Where the Crawdads Sing” is a phenomenal coming-of-age story, murder mystery and ode to the North Carolina swamps all rolled into one. The book’s stunning protagonist, Kya, grew up poor in the marsh and was soon abandoned by her family part way through elementary school. Alone and illiterate, she fights to survive and stay hidden from the judging eyes of the nearby small town. Her isolation doesn’t stop her from getting wrapped up in an unsolved murder when she grows into adulthood as she tries to navigate love, loss and staying true to herself in an increasingly modern world. Owens artfully constructed this book with flashbacks and flashforwards throughout, and tied the plot together with beautiful nature writing that keeps you entranced. I stayed up all night to finish this book, and I think you will too.

Not everyone is looking for a light read to distract them, and that’s OK. “The Mars Room” is an unflinching, grim look at women in prison in the years after 9/11. Just like the hit Netflix series “Orange is the New Black,” this novel follows a diverse web of characters serving time and flashes back and forth between their lives in prison and what they did outside to land behind bars, but there are few laughs and no love triangles here. The main character, Romy Hall, is serving life in prison and longs to see her son. This novel tells her story of growing up on the dark side of San Francisco and eventually reveals by the end what she did to earn her harsh sentence.

During a time where many of us are stuck inside and longing for more human interaction, this book asks timely questions about what this country does to people in the criminal justice system. Did they deserve to be in prison? Who decides they do? What does the pipeline to prison look like? How do people find meaning when their life is effectively over? Is there meaning at all?

RELATED: Top 10 things to watch on Netflix while social distancing

I had to include Stephen King on this list. His books are hits or misses, but when he gets it right, boy does it work. There is no doubt “The Institute” belongs on the shelf with other horror novels, but there are no monsters, axe-wielding murderers, or ghosts here. This book is about a high security facility where children are kidnapped, tortured and used for a mysterious purpose, which ends up being just as horrifying as any ghost story. King follows child prodigy Luke Ellis and a group of children who are taken captive and held in the facility as they learn more about The Institute and what it has in store for them. This book artfully reveals details about the facility to keep you turning the pages, while leaning heavily on his ability to write strong stories about the bonds between childhood friends going through trauma together. It was also a timely release due to the American government’s on-going detention of undocumented children at our southern border. Definitely pick this book up, especially since due to COVID-19 you won’t have to worry about having to force yourself to put it down.

”The City of Brass” by S. A. Chakraborty (available in e-book form on the Boise Public Library’s Libby app)

Nothing says escapism like a fantasy book set in the 18th century Middle East. The City of Brass (and its sequel The Kingdom of Copper) is a stunning adventure and political story wrapped up in the trappings of the magical Islamic world. It all starts when Nahri, a rough and tumble conwoman from the streets of Cairo, accidentally summons a magical being and is taken into the magical world of the city of Daevabad. The other character narrating the story is Ali, the prince of the city of Daevabad as he struggles to come to navigate the political implications of ruling the kingdom and his own religious beliefs. This gripping story and beautiful world constructed with building blocks of history and mythology will keep you flipping the pages, but it also has fascinating things to say about how societies should rule a conquered people, deep seated conflicts between religious groups and what happens when militant groups standing up for the marginalized get thrown in the mix. Bonus: the final book in the trilogy is set to be released in June!

Sometimes you just need a good old fashioned thriller, but that doesn’t mean you should have to go without character development. I typically don’t like mysteries because the characters feel hollow to me and the plots can get unbelievable, but Stillhouse Lake (and its three sequels) manage to have both a breakneck plot and characters you can’t help but get invested in. It stars Gina Royal, whose suburban life is shaken to the core when she discovers her husband is a brutal serial killer and has been murdering women in their garage without her knowing for years. Naturally, she seemed like a natural suspect and the world came after her. In order to keep her children safe, she changes her name to Gwen Proctor and schools herself in guns, self-defense and internet research to hide from a parade of stalkers. She and her children thought they were finally safe in a small lakeside community, but then a murder victim killed in the same way her ex-husband was famous for is discovered. This series will keep you up late at night, but also has compelling things to say about toxic internet culture and violence against women. Check it out.

More from our partners at The Idaho Press: Reporter's notebook: What it means to be an American

RELATED: Resources for parents trying to keep their kids learning and engaged 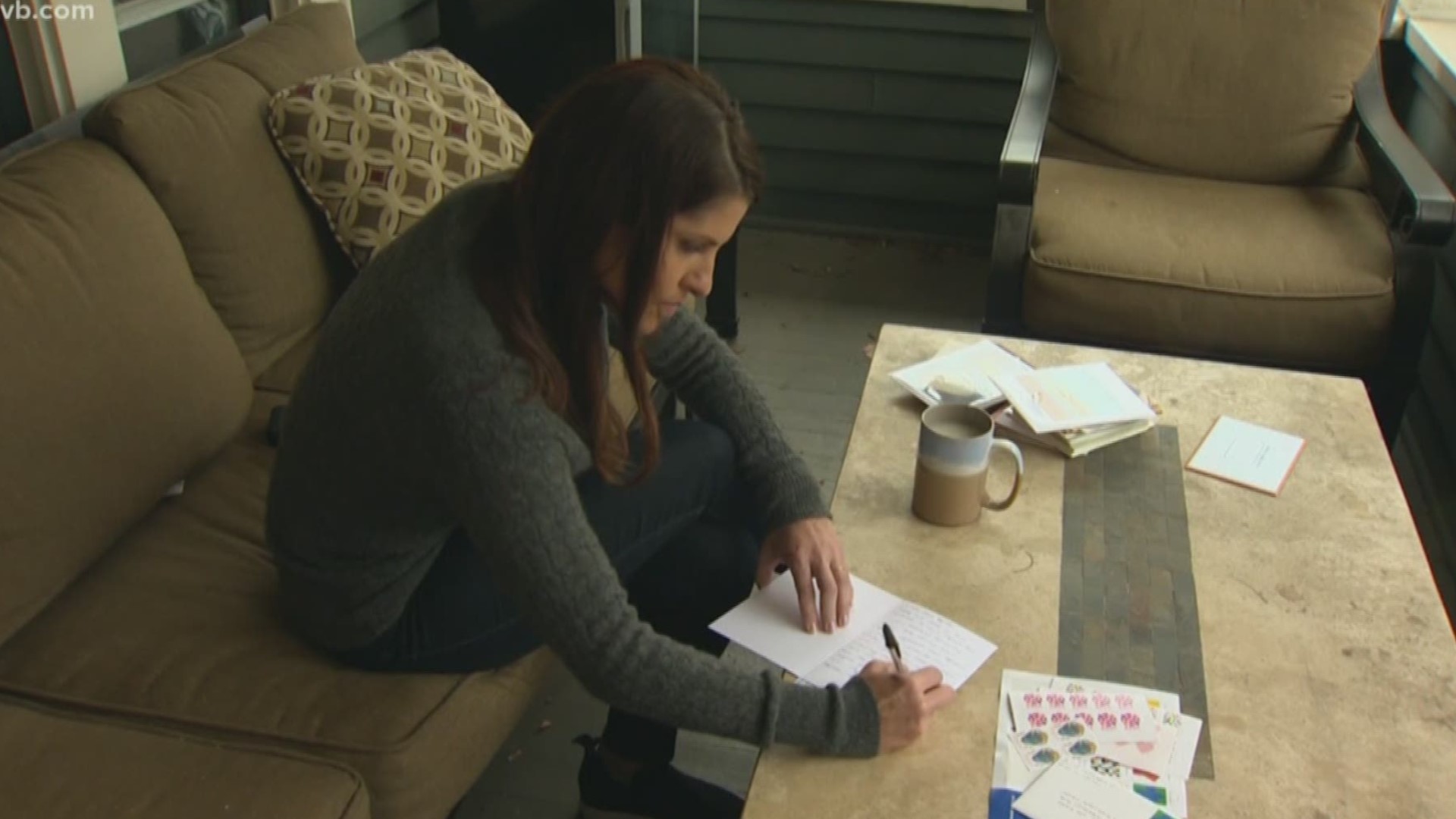