Jimmy Fallon and Seth Meyers made fun of a Meridian man who has won the lottery for the sixth time. 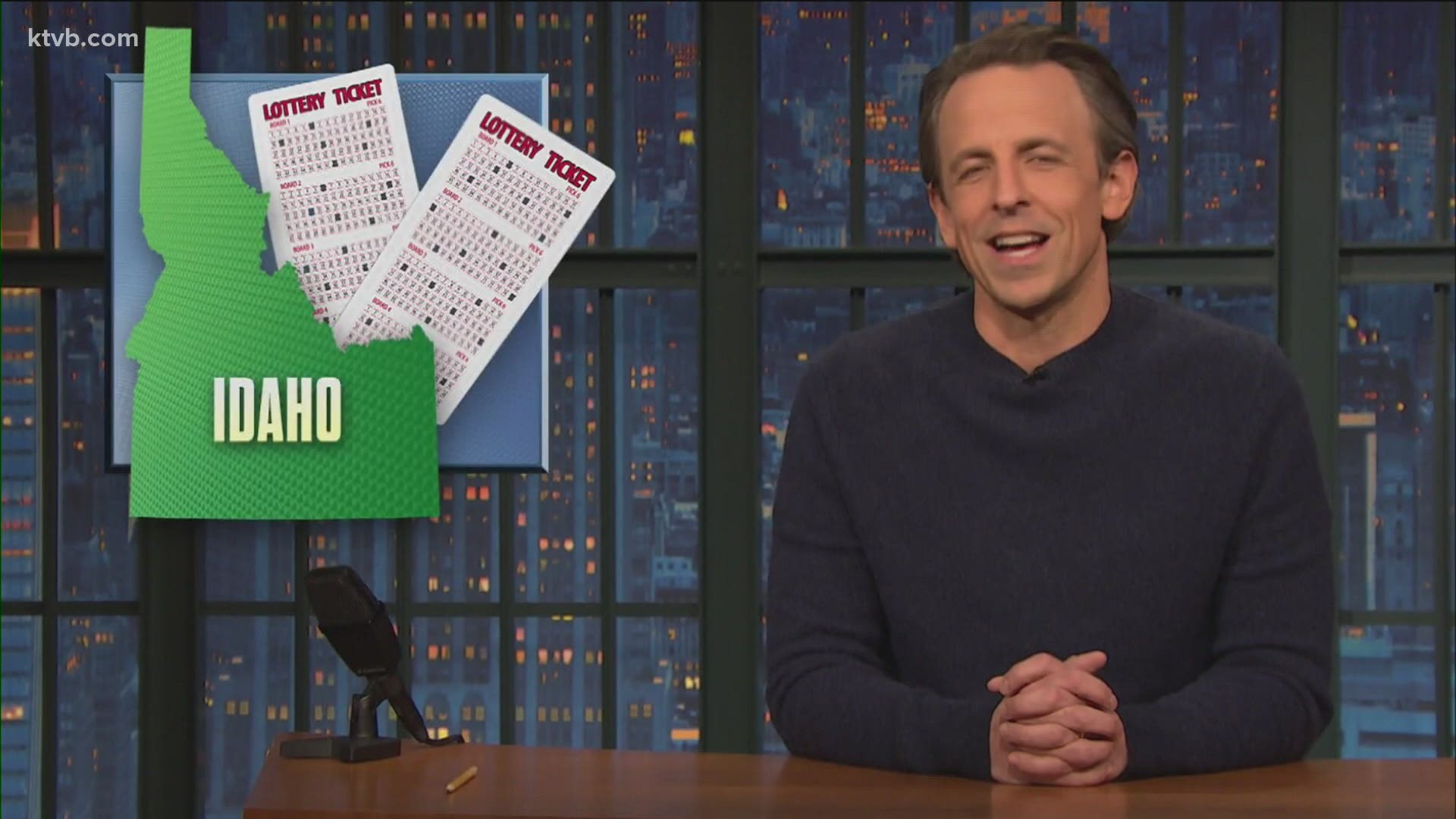 It's no secret, Idaho is growing, and it is growing fast. We don't have many people moving out of our state. But according to one late night satirical NBC show titled "The Late Show," if you win the lottery here, the first thing you should do is get out while you can!

We told you about a Meridian man won $250,000 playing the Idaho Lottery. The hook here is that this is the sixth time Bryan Moss has won the lottery.

So, Monday night the two NBC late night hosts, Jimmy Fallon and Seth Meyers, made sure they included the Idaho lottery winner into their opening monologues.

"I found a man in Idaho who has won the lottery for the sixth time and with the $250,000 he plans to buy Idaho!" said Jimmy Fallon.

"A man in Idaho over the weekend won the lottery for the sixth time, which sounds kinda suspicious honestly, I mean you win the lottery once, you want to leave Idaho,” said Seth Meyers. “Relax, Idaho. Just take it easy. There is a snow blizzard in New York, we are in a bad mood, it make us feel better to (censored) on other places. Just enjoy your beautiful landscapes, Idaho. There is a foot of snow here and the rats are making snow angels. That's right a man in Idaho won the lottery for the sixth time, but on the way to collect his winning, he was struck by lightning for the eighth time."

Obviously tongue in cheek and shovels in hand for both Jimmy and Seth because they know this is the scene we are dealing with here, mild early days of February here in Idaho, while in New York they are digging themselves out of some winter weather that whipped through the region.

People could be seen using snowblowers and shovels to scoop away the leftovers from a nor'easter that dumped more than a foot and a half of snow on New York City.

The blizzard-like conditions have canceled flights and forced many states in the region to close COVID vaccination sites.

So yeah, we'll take our beautiful landscapes and you can have your nor'easters.

By the way, our storms are of the snow variety with very little chance of bringing lightning, so that was a bit of a comedic stretch by Meyers.